With the return of the space theater at the American Museum of Natural History, New Yorkers can again add “space exploration” to their travel agenda. 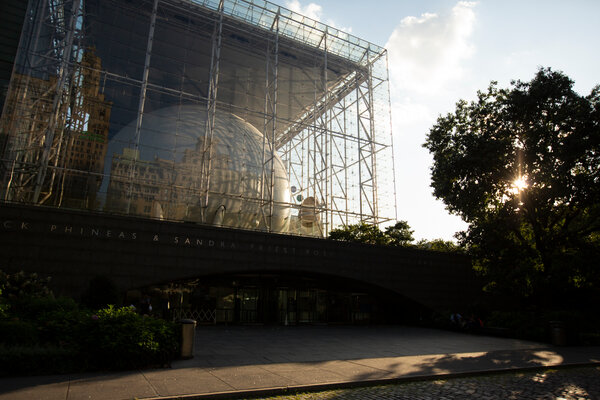 The Hayden Planetarium Space Theater on Wednesday will open its doors inside the American Museum of Natural History at a limited capacity after a year of being shuttered. Although the museum reopened in September, the Planetarium remained closed until after movie theaters across the city could welcome back visitors, which was allowed earlier this month.

Viewers will get to watch “Worlds Beyond Earth,” a film narrated by the actress Lupita Nyong’o that brings audiences on a journey (based on real data from NASA’s space missions) across the solar system. It opened about two months before lockdown and was the museum’s first new space show in more than six years. Although the Planetarium can accommodate up to 429 people, only 48 will be allowed per showing.

“This kind of approach, infusing the display with actual science, actual data, connects you as never before,” said Neil deGrasse Tyson, the astrophysicist and director of the Planetarium. “I think of the Hayden Planetarium as the public’s conduit to the cosmos.”

“The layers of inquiry are endless, and the deeper you go, the more real the place becomes to you,” he added.

There will be seven showings per day starting at 10:30 a.m. Visitors are required to register in advance for timed tickets.