The wife of Stephen ‘tWitch’ Boss has been inundated with messages of support as fans flock to a video of the couple posted shortly before his death.

Dancer and TV star Boss died this week at the age of 40, his devastated wife Allison Holker confirmed in a statement on Wednesday.

Tributes were paid to the late star from countless fans and fellow celebrities as the news broke, including from Ellen DeGeneres, with Boss having been a beloved part of her talk show.

And condolences are continuing to be paid today under a video of Boss and wife Holker, uploaded earlier this week, of the couple looking happy and in love.

In the clip, the married couple do a dance routine to Alicia Keyys’ track December Back 2 June, both grinning and looking into each other’s eyes.

Holker shared the video to Instagram with the caption: ‘HOLIDAY SUNDAY FUNDAY DANCE! With my lover @sir_twitch_alot.’ 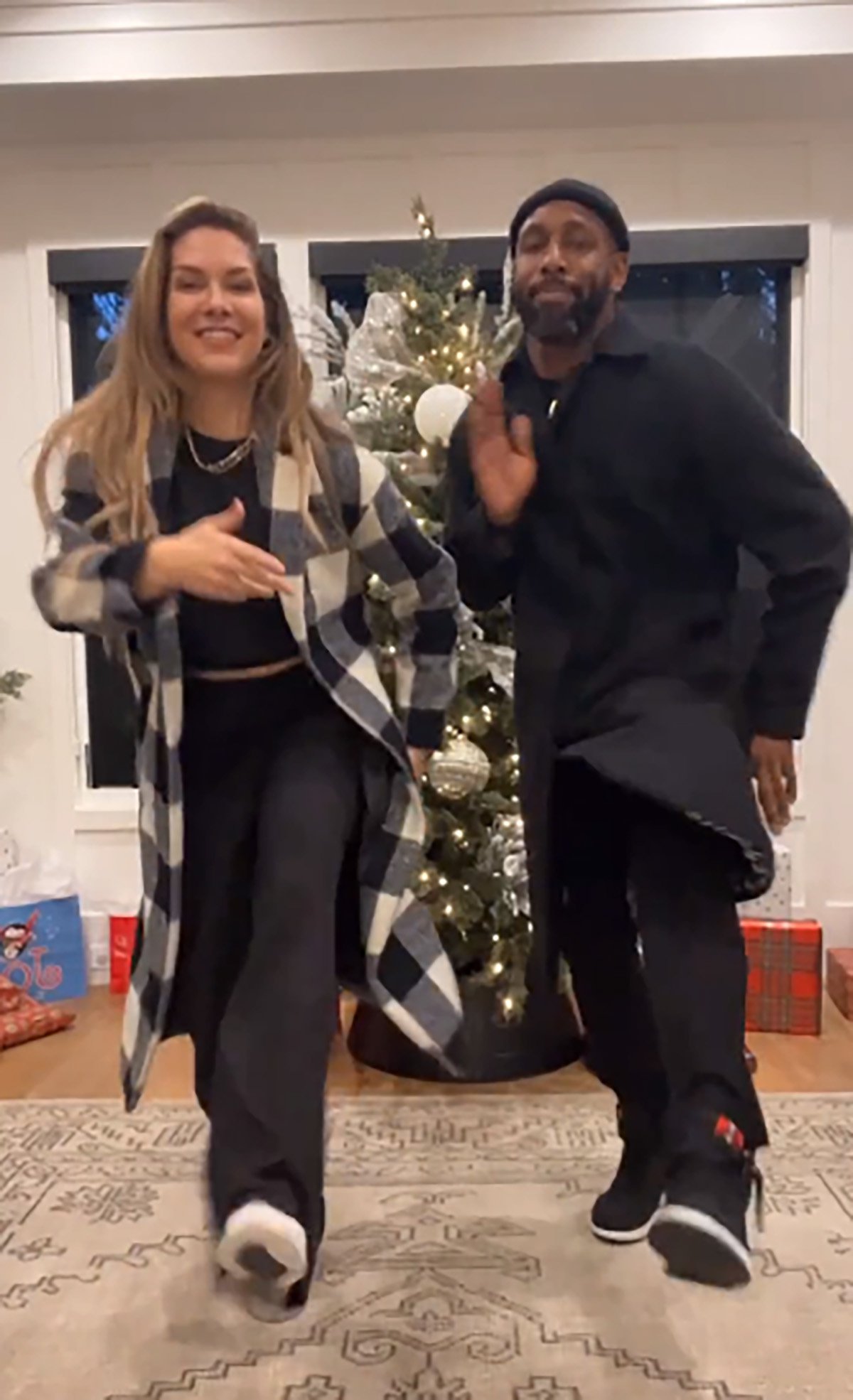 What had been a sweet and simple video of the husband and wife dancing as they prepared for Christmas has now become the site of countless devastated comments from friends and fans sending strength to Holker after Boss’ sudden death.

Actress Olivia Munn commented on the clip on Wednesday following the news, writing: ‘Oh my goodness… my whole heart is with you and your family.’

Lauren Gottlieb said the clip was ‘heart shattering,’ adding: ‘Allison my heart is with you,’ while close pal and fellow dancer Sharna Burgess said it ‘doesn’t seem real.’

‘We are sending you and your babies so much love and please let us know how we can best support you. I’m so sorry Allison.’

Maddie Zielger seemed in shock, saying ‘this can’t be real.’ She added she was sending Holker and the entire family ‘so much love,’ with Larsa Pippen also adding that she was ‘praying for your family.’

Kendall Vertes, Tamar Braxton, Ashley Graham, Kai Lowry and Aubrey Fisher were also among the hundreds of devastated friends and fans showering Holken with love under the video.

Holker confirmed Boss’ death in a heart-wrenching statement to People Magazine on Wednesday which said: ‘

‘It is with the heaviest of hearts that I have to share my husband Stephen has left us. Stephen lit up every room he stepped into.

‘He valued family, friends and community above all else and leading with love and light was everything to him. He was the backbone of our family, the best husband and father, and an inspiration to his fans.’

Holker continued: ‘To say he left a legacy would be an understatement, and his positive impact will continue to be felt. I am certain there won’t be a day that goes by that we won’t honour his memory.

‘We ask for privacy during this difficult time for myself and especially for our three children.

‘Stephen, we love you, we miss you, and I will always save the last dance for you.

Boss came to fame in 2008, competing in So You Think You Can Dance – where he eventually ended as a runner-up.

He went on to become a judge on the talent show in 2022, and also starred in Step Up and Magic Mike XXL.

As well as this, he enjoyed a long-running stint on the Ellen DeGeneres Show, starting in 2014 before being named executive producer in 2020.

Boss is survived by his wife, and children Weslie, Maddox, and Zaia.