Caitlyn Jenner has responded to The View co-host Joy Behar apology after she used the incorrect pronouns when discussing Jenner’s California gubernatorial run. While Behar began the segment addressing Jenner with she/her pronouns, The View host misgendered the reality TV star multiple times as the show continued by using “he.” Upon hearing watching the segment, many took to Twitter to slam Behar for her repeated mistake. Even Jenner issued a response on social media to Behar — who has since apologized — but it’s only left people online more frustrated. 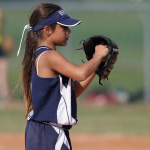 “Don’t sweat it, @JoyVBehar. I’m not about cancel culture,” Jenner’s tweet read. “I know where your heart is. California has bigger issues than pronouns.”

Following a commercial break on The View, Behar addressed the “pronoun mix-up” and blamed it on not getting “enough sleep.”

“Let me apologize for my pronoun mix-up. I think I didn’t get enough sleep last night. I had no intention of mixing them up, and I tried to correct it immediately, but whatever, it just came out. I’m sorry if anybody was upset by that,” Behar said.

Despite Jenner simply dismissing Behar’s mistake as not a big deal, and accepting her apology, many people online shared their frustration with the exchange.

“Joy Behar misgendered Caitlyn Jenner at least four times on the View this morning. Caitlyn transitioned over six years ago,” journalist Yashar Ali wrote. He added, “I don’t know why Joy misgendered her but it’s an important reminder that we don’t misgender people even if we don’t like their politics.”

For many people, Jenner’s political views highlighted the fact that the LGBTQ community is not a monolith. Not being respectful of someone’s preferred pronouns — regardless of whether you agree with them or not — is anti-trans, plain and simple.

Before you go, click here to see celebrities who have run for office.