Our TV critic recommends a vampy adaptation, a surprising rap drama and the astonishing return of “Ramy.”

This weekend I have … an hour, and I’m tired of zombies. 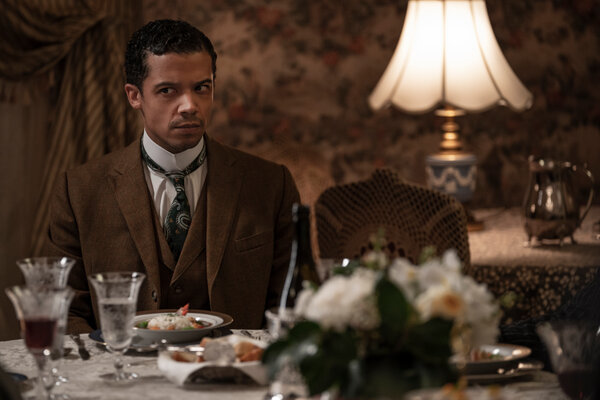 ‘Anne Rice’s Interview With the Vampire’
When to watch: Sunday at 10 p.m., on AMC.

It feels like just yesterday we were in the throes of a TV vampire craze, but here we are again with a new, lushly envisioned and erotically capable adaptation of “Interview With the Vampire,” this time set mostly in New Orleans in the 1910s. “Let the tale seduce you, just as I was seduced,” Louis (Jacob Anderson) murmurs to a reporter (Eric Bogosian) in the present day, and it would be silly to resist; the show nails its combination of murky, seductive and juicy. “Vampire” has already been renewed for a second season, and “Anne Rice’s Mayfair Witches” is scheduled to debut on AMC in 2023.

… a few hours, and I’m tired of the same shows.

‘Jungle’
When to watch: Arrives Friday, on Amazon.

TV has long struggled to find a way to make a dramatic musical series, and it seems “Jungle” may have finally cracked the “Cop Rock” case. The six-episode series is set in a shadowy, trippy version of London, and its characters often slide into drill rap, sometimes as soliloquies and sometimes in shared numbers. The show’s music-video visuals make these transitions surprisingly seamless, and the songs facilitate a kind of instant, lively intimacy other bleak dramas often struggle to find.

… a few hours, and I’m tired of waiting.

‘Ramy’
When to watch: Arrives Friday, on Hulu.

Season 3 of the dramedy “Ramy” is finally here, and it’s somehow deeper, more fraught and more beautiful than the previous two. Ramy (Ramy Youssef) is still unmoored after his hourslong marriage, but that’s a symptom of his broader inability to see himself as an actualized person who contains multitudes and not as a loose assemblage of unresolved inner conflicts. That’s the theme of the season, the difficulty of reconciling disparate pieces into a whole, how to see all the bad or limiting parts of something — of yourself, of your family, of geopolitics, of religion, of communities — and still see its grander, bigger purpose. The first half of the season is wonderful, and the second half knocked me out.