No matter how much free time you have this weekend, we have TV recommendations for you. Come back every week for new suggestions on what to watch.

This Weekend I Have … an Hour, and I Like the Chase

“Killing Eve” has already been renewed for a third season, but that doesn’t mean there aren’t surprises in the Season 2 finale. There are. And of course there are chic outfits, glamorous European settings, lusty stares between Eve (Sandra Oh) and Villanelle and some intense physical brutality, too. Eroticized violence isn’t new for television, but “Eve” has a special flare for it and always finds a way to make its gruesome choices seem somehow illuminating.

… 87 Minutes, and I Wish Jingles Were Longer 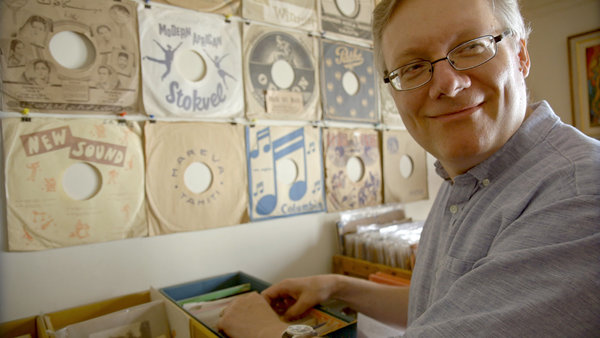 ‘Bathtubs Over Broadway’
When to watch: Now, on Netflix.

This documentary is about the weird, earnest world of industrial musicals, which are the sometimes full-scale productions written by Broadway composers and lyricists to gin up enthusiasm among the employees of, say, a shoe retailer or bathroom-fixtures company. It’s also a documentary about fixations, namely those of Steve Young, a longtime writer for David Letterman who is obsessed with collecting the recordings of these largely forgotten works.

Usually I wouldn’t list a show twice in a month, but the new season of “Vida” was too electrifying to put off. Season 2 is 10 episodes instead of six, and the longer season is a major boon: The show is more settled into its stories, and everything feels a lot more earned and enmeshed. The sisters Lyn and Emma (Melissa Barrera and Mishel Prada) are still trying to sort out their relationship after their mother’s death, and they both find themselves acting out in sometimes destructive — but sometimes empowering — ways.

“Vida” has a tremendous amount of sex and nudity, so it’s not for the prim, but if you like shows with simmering resentments and messy social scenes, watch this. (Season 2 is available in full on the Starz app or Starz on demand; episodes air weekly on the Starz TV channel starting Sunday at 8 p.m.)

Margaret Lyons is a television critic. She previously spent five years as a writer and TV columnist for Vulture.com. She helped launch Time Out Chicago and later wrote for Entertainment Weekly, among other publications. @margeincharge