A few years ago, my husband, Chris, who survived four deployments to Iraq and Afghanistan, was killed by an avalanche in Colorado. I am an Army veteran who was deployed to combat zones twice, in 2005 and 2008, without any serious lingering psychological ramifications. But I thought my husband’s death, that New Year’s Eve day, would be the final trigger for post-traumatic stress disorder; it would be what sent me over the edge.

The next few months were filled with sleeplessness and drinking, but also exercising and thoughtful introspection as I scoured self-help books and sought therapy. I never had trouble getting out of bed in the morning, and I continued to make it to work on time. I was sad yet functional. I wasn’t given a diagnosis of clinical depression or PTSD. There must be something wrong with me for not having something wrong, I thought.

[For more stories about the experiences and costs of war, sign up for the weekly At War newsletter.]

Many people wrongly assume that PTSD is inevitable for anyone exposed to trauma. Because I endured trauma at home and on the front lines but never suffered from PTSD, three years ago I volunteered to serve as a control for a study funded by the National Institute of Mental Health and the National Center for PTSD at the Department of Veterans Affairs. It is common to have flashbacks, nightmares and other symptoms after a traumatic event, but most people recover. This acute stress response is different from PTSD, which is diagnosed only when symptoms linger beyond 30 days and which requires more than time for recovery, with treatment typically consisting of either psychotherapy or medications or both. Although about 60 percent of the general public have experienced one or more traumatic events, only around 8 percent suffer from PTSD at some point in their lives. For veterans deployed to Iraq or Afghanistan the rate of PTSD is higher, ranging from 11 to 20 percent.

Now that I’m in medical school, I’ve learned there are a number of resiliency factors that might help protect people from developing PTSD. I happen to have a few of them: absence of childhood trauma, the choice to pursue more education and having close friends and family for social support. The study that I volunteered for would use brain-imaging technology to try to get an in-depth look at the neurobiology of PTSD, tracing the way fear and safety responses work in people with PTSD and in others who seemed to be resistant to the condition. If scientists can pinpoint particular brain activities or processes at work in people who’ve had an easier time processing traumatic events and memories, they might be able to develop better treatments for those who do develop the symptoms of PTSD.

Click, clack. Click, clack. The M.R.I. machine whirred around me, noisy even through earplugs. I lay with my head trapped in a firm pillow, only a few inches of clearance around my entire body. My first thought: I’m glad I’ve outgrown my claustrophobia.

I looked up at a mirror just above my face, reflecting a series of colors. Click, clack. Zap! My right arm jolted like a dog venturing too close to an invisible fence as a shock of electricity raced from my wrist to my shoulder. I blinked a few times, exhaled and tried to relax. I quickly realized that the shock was delivered just after a yellow square appeared on the mirror, so I knew when to prepare. My body tensed. My teeth clenched. Zap! 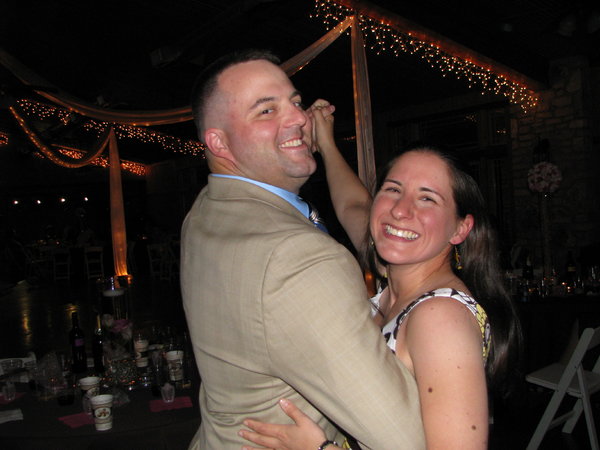 A research assistant sat in the other room monitoring visual images of my brain as the testing went on for an hour. As I saw later, the imaging looked like a storm on a weather map as certain regions were activated and lit up with increased blood flow. The test was measuring the reactions of my brain when I felt safe and when I was being threatened. Before the M.R.I., I filled out a series of questionnaires used by clinicians to diagnose PTSD. One was about combat exposures. Danger of being injured or killed? Check. Firing rounds at the enemy? Check. Seeing someone hit by incoming rounds? Check. The next questionnaire was about potential symptoms associated with traumatic experiences. Disturbing dreams? No. Being super alert or on guard? No. Feeling distant or cut off from other people? Sometimes.

Before Chris died, we would often discuss our wartime experiences and wonder why it was that we didn’t have PTSD and others did. We speculated that our mutual support played a role; we had both been in the military, and that probably made it easier to talk to each other about our experiences. In 2006, while I was deployed to Taji, Iraq, an improvised explosive device exploded underneath my Humvee. I was in the passenger seat. The blast blew holes in the tire and hood just inches in front of me and blew open my door. My vision browned out as the air in the truck filled with dirt from the road. The same thing happened to Chris, assigned to the same brigade, just a few weeks later.

[The Day They Came to Tell Me My Husband Died]

On another mission months later, I heard a boom and saw a Humvee turn into a ball of fire — one person, engulfed in flames, was running away from the vehicle. Another I.E.D. attack. I fired my M16 rifle toward an insurgent who was hiding in a building and shooting at us. Then I assisted the other medics in treating the casualties. My gloves smelled of soot from cutting the singed uniform pants off a young, dying Iraqi interpreter. “Keep breathing,” I told her. Then I helped load her into a vehicle that would transport her to the medevac helicopter, but by the time it arrived, she was already dead. Another Iraqi interpreter, probably the person I’d seen run from the Humvee in flames, was being treated by my fellow medics. He was evacuated with grave injuries; he, too, later died. When those initial rescue efforts were completed, I helped search the road for pieces of the dead American serviceman whose scorched upper body I saw on the ground next to the destroyed truck.

The images of these traumatic events are seared into my brain. I can conjure them at will. But there remains a sense of control and detachment when I think about them. This is much different from those with PTSD, who try to avoid thinking about their experiences because the memories churn up emotions and a physical response.

On the second day, I slid into the M.R.I. machine; probes were attached to my left hand to measure my pulse and sweat, and a shock device was attached to my right. A drop of sweat trickled down from my armpit despite the coolness in the room, and I waited. Goose bumps formed along my arms. I was shown videos of playful animals. I was nervous, but curious too. The yellow light I saw in the mirror no longer heralded a shock as it had the day before. After a few rounds of seeing multiple colors, I started to realize that I wasn’t receiving any shocks at all. The experiment was trying to convey the lesson that the yellow light was not a danger and no longer merited a fear response.

Some studies suggest that the amygdala, a part of the brain associated with the fear response, is smaller in size but more active in those with PTSD. The medical community is still studying whether this is a genetic difference or a response to traumatic events. The dominant theory about PTSD is that a maladaptive fear response is learned during and after traumatic events, so that even minor triggers can cause people with PTSD to suffer severe surges of anxiety, alarm or fear. Because of conditioning, the brain does not register that it is no longer in a threatening environment. For example, driving by trash on the side of the road in the United States typically does not elicit a fear response. It can for veterans with PTSD who served for months in Iraq or Afghanistan scanning the road for roadside bombs. Their brains cannot differentiate the highways in the United States from those in Baghdad. This can make a simple drive to the store a nerve-racking experience, complete with sweating, flashbacks and heightened sensations.

On the final day of my M.R.I. sessions, I was shown scenes from a Vietnam War movie. The research assistant and the M.R.I. technician remained behind the glass across the room, seated in cushy rolling chairs. The M.R.I. scans tested to see if my fear response could change — if my brain could learn to react less to prompts that had previously come with a sense of physical danger. I imagined being stuck in this tube of doom if I was someone for whom the violent images from the war movie, the sounds of shooting guns and yelling soldiers, did trigger a panic response. Why would someone with PTSD put themselves through this? Wouldn’t it conjure up their anxiety all over again? My anxiety was tinged with excitement; I guessed theirs would be tinged with despair.

In the end, the whole process forced me to re-examine my relationship to trauma. Before the study, I had questioned whether I deserved health and happiness. I naïvely thought having PTSD would validate my military experience. I didn’t know why I was able to suffer and yet still move on. But being part of a control group of people without the diagnosis gave me some relief from that guilt. I started to find purpose in my experiences by giving back as a research-study participant. Perhaps that’s why we all had volunteered: to find some meaning in our military service, whether it had left us traumatized or left us wondering why we were not.

Melissa Thomas is attending medical school at Yale University and is a 2016 Pat Tillman Foundation Scholar. She served in the United States Army as a Medical Service Corps officer from 2004 to 2015 and deployed to Iraq twice.

Sign up for our newsletter to get the best of At War delivered to your inbox every week. For more coverage of conflict, visit nytimes.com/atwar.