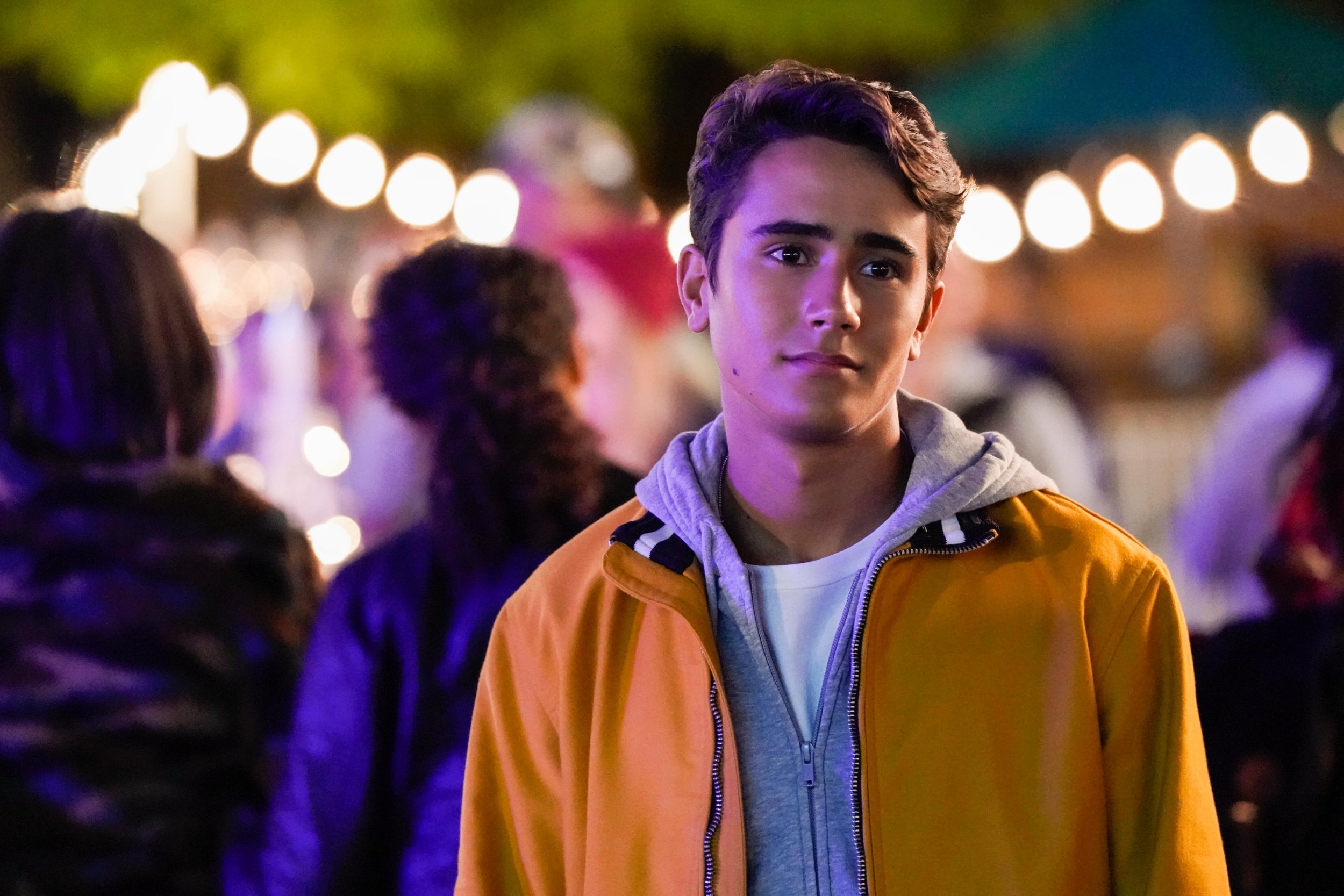 With the arrival of the new Star extension on Disney Plus, swathes of extra TV shows and movies have been added to the platform – from Family Guy and Grey’s Anatomy to 24 and The X-Files.

I for one am particularly excited to relive the high-camp first season of Revenge, and also to persuade my fiancé that it’s worth continuing his Desperate Housewives viewing beyond the point in season five at which he petered out in Lockdown 1.0 (he has to at least get to the bit where Vanessa Williams arrives).

But also on offer, nine months after its premiere in the US, is Love, Victor; the highly anticipated small-screen spinoff of the 2018 movie Love, Simon.

But it’s not been plain sailing, and there’s been a running issue with how exactly it has been released to streaming services on both sides of the Atlantic – specifically with how (here comes the big buzzword) ‘mature’ it is deemed to be.

In the US, there was a bit of backlash and debate when it was moved from its original intended home of Disney Plus to the more ‘adult’ Hulu; and now, internationally, it has arrived on this new Star offshoot with an age rating that – while seemingly unremarkable on first glance – has raised a few eyebrows.

Before I get to that, though, to understand the importance of this show, let’s take a quick step back: the original movie, Love, Simon, was a refreshingly gay take on the coming-of-age teen movie genre, but – like many films in said genre – it was criticised for using a rich white kid to drive its story.

Simon was a guy who, however likeable (and sensitively played by Nick Robinson), claimed to be ‘just like you’ in one breath, before going home to a massive house in a fancy suburb with rich, beautiful, inevitably accepting parents the next.

For Victor, things are a little more complicated, and will ring truer with viewers who’ll need this kind of story most.

His more conservative parents (including Ugly Betty alum Ana Ortiz, no stranger to playing the mother of a queer icon!) are established as being extremely religious, giving him cause to worry that they might not be fully understanding of his sexuality. They’re also not as financially secure as Simon’s lot.

Add to that the fact that Victor is of Colombian and Puerto Rican descent, this is a show that’s already doing significantly better for representation in gay-led storytelling than almost any other – while still, of course, pursuing the kind of slightly heightened soapy plots viewers expect, with an impossibly beautiful cast.

The folks at Disney Plus have given it a 14+ age rating – which, considering its depictions of teen drinking, the taking of suggestive selfies and the occasional use of mildly bad language, doesn’t feel totally ridiculous when looked at in isolation (it also helps to explain the move from Disney Plus to Hulu in the US last year, back when the former’s tone was mostly driven by shows like Hannah Montana and Recess).

But when you start to weigh it up against the ratings given to other shows on the service, it becomes a little more frustrating.

Family Guy, which may be animated but deals with a whole lot of risqué and, for want of a better phrase, ‘non-politically-correct’ subject matter, is rated 12+.

Ugly Betty, which treads a similar line to Love, Victor with its mix of light-hearted comedy and grounded drama, is 12+. So too is Glee, even though the DVD box set is a 15.

Brothers and Sisters, which covers a multitude of storylines and topics across its five season run, from addiction to cancer to Rob Lowe having a heart attack soundtracked by Coldplay’s Fix You, is 12+ as well.

So it’s disappointing to see a show as important as Love, Victor lumbered with a slightly higher rating, as if its own ‘mature’ themes – which, by the way, are covered all the time on pre-watershed soaps – are that little bit more risqué

As for almost all the Marvel and Star Wars content, from WandaVision and Avengers: Endgame to Rogue One and Episode IX: The Rise Of Palpatine’s Undead Face, they’re also all rated – you guessed it! – 12+. That’s despite all the (admittedly bloodless) violence and explosions and terrorism and trauma and death and grief and destruction.

So it’s disappointing to see a show as important as Love, Victor lumbered with a slightly higher rating, as if its own ‘mature’ themes – which, by the way, are covered all the time on pre-watershed soaps – are that little bit more risqué.

Again, there’s no denying that it is indeed ‘mature’ in some aspects, and I don’t doubt that it meets some legitimate, non-sexuality-related criteria for having the classification it has (Desperate Housewives, for one, is on the same rating; as is Grey’s Anatomy).

But it’s a show driven by teen characters that relates to teen issues, and were it given cinema-style certification, it would more than likely be slapped with a 12A certificate. So why make a point of setting it at a slightly higher rating than it probably needs to be?

Why make a point of implying that this specific show, this show with a teenage gay lead, is more potentially shocking for young audiences than, say, a little girl watching her grandad fall in a swimming pool and die before the end of Brothers And Sisters’ first episode?

It’s more than just an advisory rating, too: the new Star channel comes with inbuilt parental controls, with which account owners can take each individual profile on their Disney Plus account and limit what content is accessible to each one.

With Love, Victor in the 14+ bracket, that could potentially make it out of reach for younger teens who either might be starting to question their orientation, or who are totally straight and just fancy checking the show out (let’s not forget that LGBTQ+ content is vital for cisgender, heterosexual people to see as well).

And we can sit here and talk about how appropriate some of the (again, non-sexuality-related) aspects of Love, Victor are until the cows come home – but it won’t add up when those same younger teens can be exposed to similar ‘mature’ themes in those countless other programmes in the 12+ group.

The main triumph of Love, Victor is the fact it demonstrates to young people – especially young queer people – that for all the difficulties they may come up against, for all the differences they feel they have in comparison to their peers, they deserve to lead stories and take centre stage as much as anyone else.

So making it that little bit harder to access, and labelling it as being that little bit more ‘mature’ than ensemble or straight-led shows of a similar genre, is not helpful.

I don’t think Natasha Rothwell’s Ms Albright would be remotely amused to hear about this.