A new dramatization of the 2006 poisoning of Alexander Litvinenko shows the former spy, played by David Tennant, helping the police in his final hours. 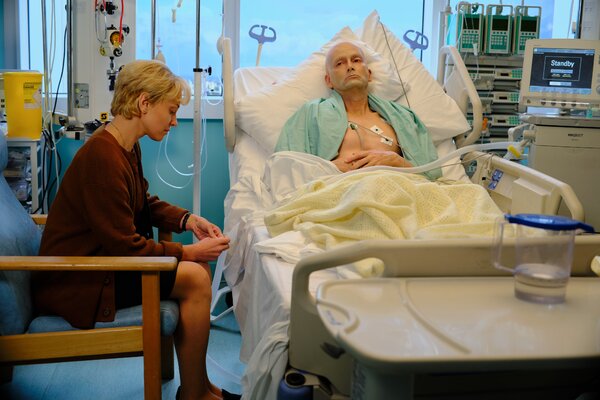 LONDON — In the middle of AMC+’s new dramatization of the poisoning of the intelligence agent Alexander V. Litvinenko, a police officer asks a pathologist about the state of the man’s organs when he died. The doctor thinks for a moment, as though considering how graphic to be, and then replies, “Sludge.”

It’s a visceral moment in “Litvinenko,” a limited series written by the “Lupin” creator George Kay that depicts Litvinenko’s 2006 poisoning in London via a cup of tea laced with the radioactive element polonium 210, and its aftermath.

While many viewers will remember the photo of Litvinenko on his deathbed, gaunt and newly bald, that appeared on front pages around the world, fewer will know the details of his final days, and how — convinced he was poisoned by President Vladimir V. Putin of Russia — he aided the investigation into the attack, even as his internal organs were failing.

The story of a former K.G.B. agent assassinated in broad daylight in the dining room of a British hotel could have made for a sensationalized show about international intrigue. But “Litvinenko,” which comes to AMC+ and Sundance Now on Friday, instead focuses on the human cost behind the headlines.

Most of the running time of the series’s four episodes is spent with the police investigating the murder and the Litvinenkos themselves — Alexander (played by David Tennant), but also his widow Marina (Margarita Levieva), who for years agitated for the British government to hold an inquiry into her husband’s death.

Kay’s research for the program involved close collaboration with Marina, as well as the investigating officers, including Brent Hyatt, the London police officer who took 18 hours of statements from Litvinenko in the hospital.