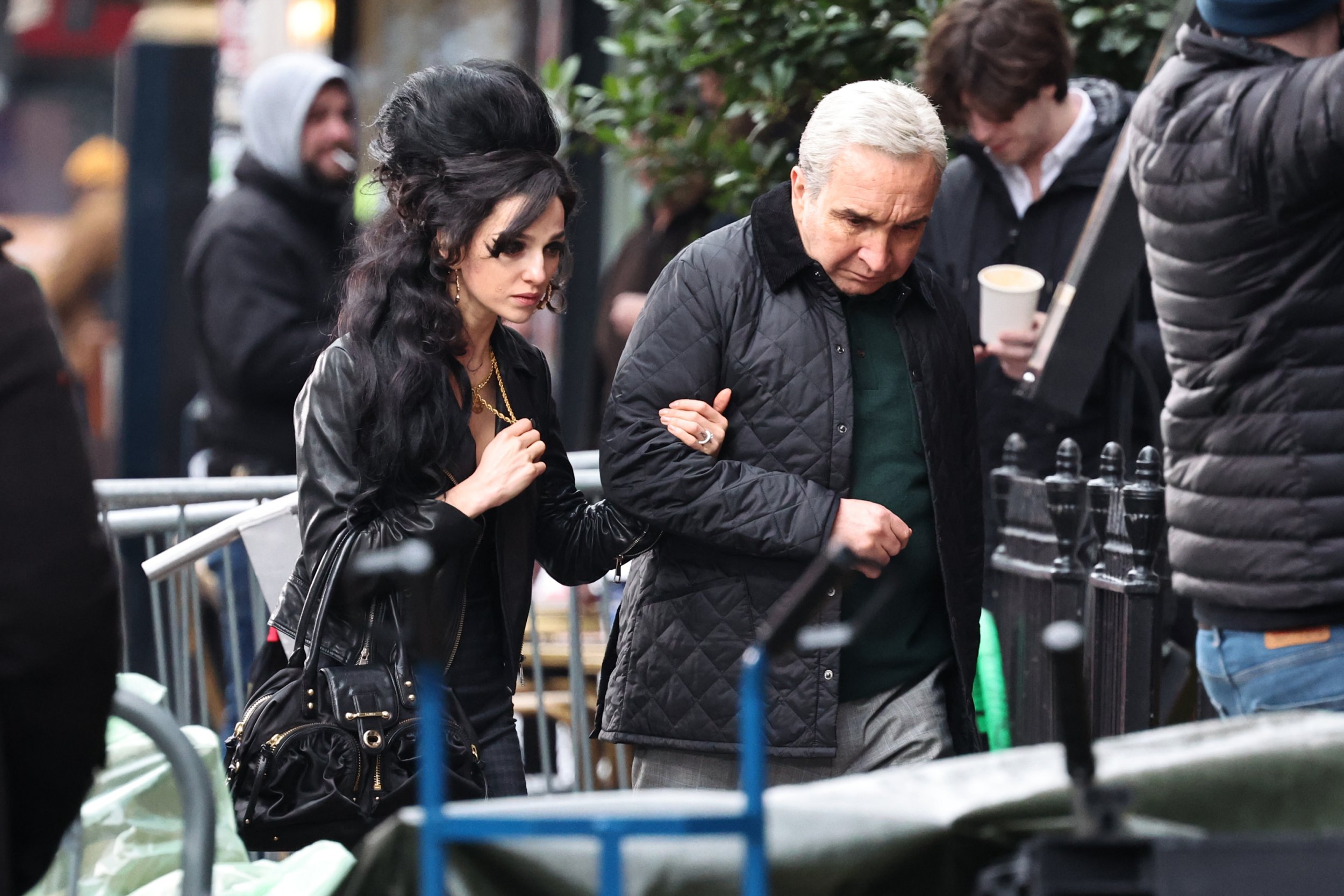 The Industry actor clutched Eddie Marsan’s arm on the Soho set of the new film, which will document the late singing legend’s London years.

The crew set up outside iconic jazz club Ronnie Scott’s, which must feature in the upcoming film, titled Back To Black, after Winehouse’s 2006 album and one of her most adored songs of the same name.

While 26-year-old Marisa is cast as Winehouse, Happy-Go-Lucky’s Eddie Marsan, 54, will be playing her dad, Mitch – a controversial figure in the star’s whirlwind life, which was cut short in 2011 when the Rehab singer died from alcohol poisoning at just 27.

The highly anticipated film, directed by Sam Taylor-Johnson, will document Winehouse’s ‘vibrant years living in London in the early aughts and her intense journey to fame’.

And Sam is a big Winehouse fan, to say the least.

She said: ‘My connection to Amy began when I left college and was hanging out in the creatively diverse London borough of Camden. I got a job at the legendary Koko Club, and I can still breathe every market stall, vintage shop and street…

‘A few years later Amy wrote her searingly honest songs whilst living in Camden. Like with me, it became part of her DNA. I first saw her perform at a talent show at Ronnie Scott’s Jazz Club in Soho and it was immediately obvious she wasn’t just talent… she was genius.’

But Sam knows the huge responsibility she is taking on, as previous attempts to tell the legend’s story have been met with criticism – as was the case with the 2015 documentary, Amy, which was critically acclaimed but dubbed ‘misleading’ by her family and in particular Mitch, who thought he was portrayed as greedy and uncaring.

The jazz singer was known to suffer from addiction problems throughout her life, and was considered one of the world’s best vocalists before her untimely death in her Camden home.

Although Marisa shot to fame as graduate banker Yasmin in the BBC’s dog-eat-dog drama Industry, this is undoubtedly the actor’s role of a lifetime – and we can’t wait to see the finished result.