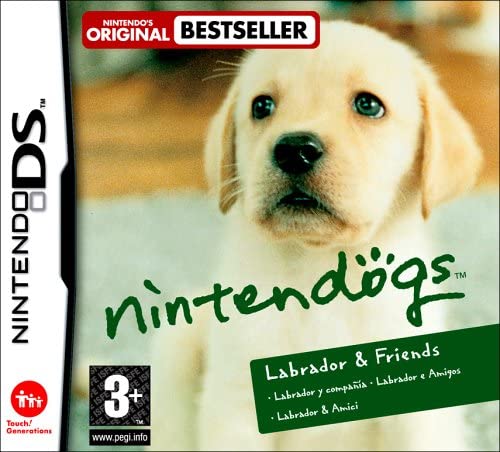 One of the best-selling video games of all time may finally be making a return, as Nintendo file a patent for new mobile tech.

Nintendo seems to have, thankfully, given up on New Super Mario Bros., while self-help titles like Brain Training and Big Brain Academy have failed to find success on newer formats. The most glaring omission though is Nintendogs, which sold almost 24 million copies back in the day.

Nintendogs was never really a game but a sort of pet simulator where you got to play with and groom a virtual dog. It did get a sequel – 2011’s Nintendogs + Cats on the 3DS – but by that time the market had moved on and smartphones had made these sort of non-games obsolete… or perhaps not.

Fans have discovered a peculiarly detailed patent that describes how a Nintendodgs game would work on a mobile phone, or rather how the AR functions would work as you move the virtual pooch around the screen to make a picture against a real world backdrop.

The word Nintendogs is never mentioned and it’s possible the example of a dog is merely a coincidence, since the patent is concerned only with the camera and AR functions and not the game itself.

Although it’s a dog that’s used in every single illustration, so it doesn’t seem like they just picked some random subject matter.

It does seem like a bit of a no-brainer for mobiles though, since the only problem with Nintendogs + Cats not selling as well is that by that point people weren’t willing to spend £40 on a virtual pet. (Although even then it still managed to shift more than 4 million copies.)

If it was a free app though, that charged a fortune for new dog toys to play with… that sounds like something that could do very well today.