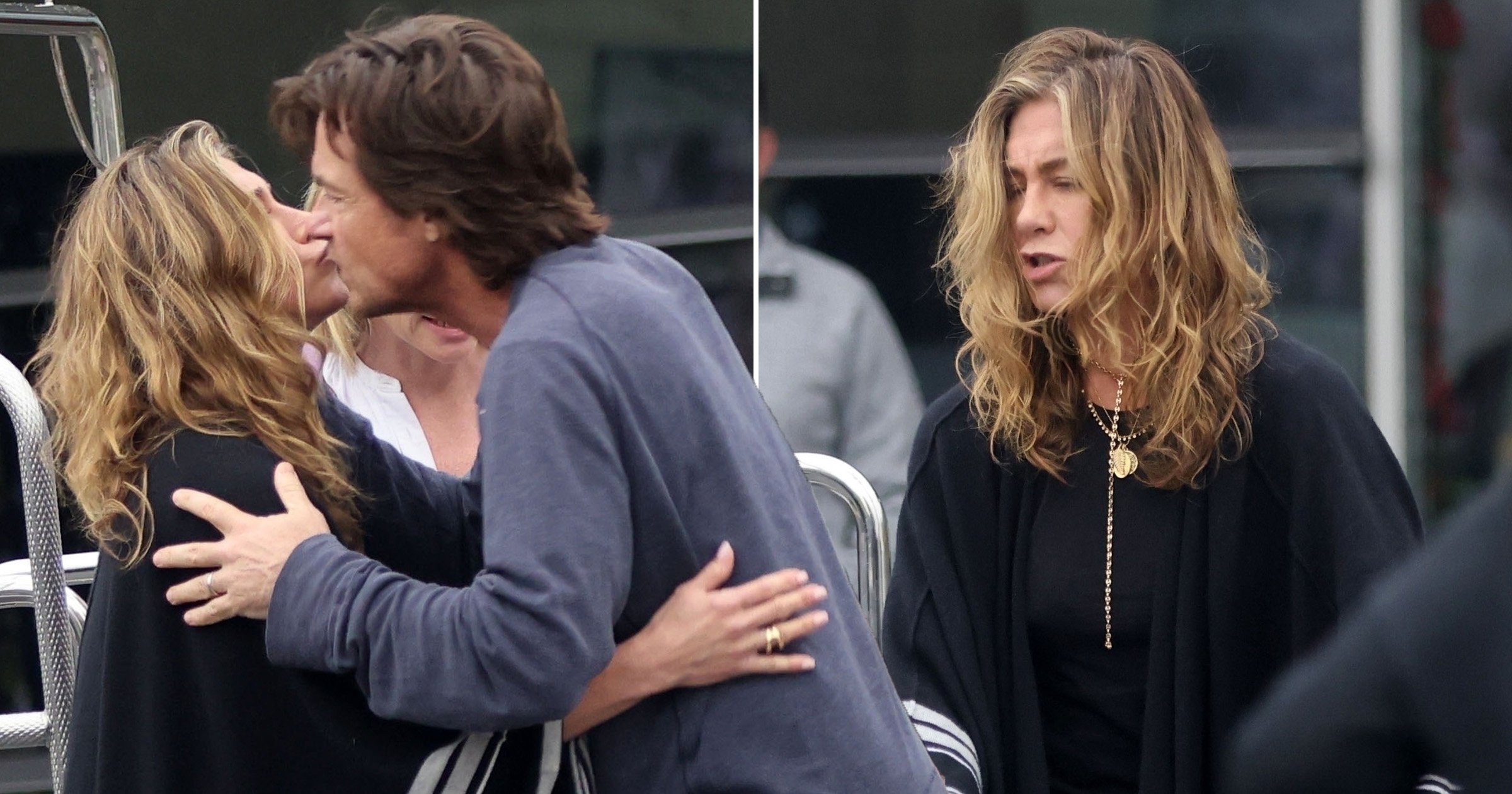 Jennifer Aniston appeared rested and ready for the new year as she stepped off a jet from Mexico following her annual getaway with A-lister pals.

The Friends actress, 53, was spotted bidding Jason Bateman, 53, and Jimmy Kimmel, 55, farewell at the airport after the group soaked up some winter sun in Cabo San Lucas.

She embraced the gang before collecting her things onto trolleys and loading them into the car.

The Blended actress went make-up free for her travels and looked sun-kissed as ever after some heated rest and relaxation.

Styling her blonde tresses in waves, the star appeared carefree and casual in blue jeans and flip-flops.

Keeping it oh-so-classy the effortlessly chic Hollywood icon topped off her simple ensemble with a poncho-esque cardigan that featured white stripes around the edges.

She layered clunky gold necklaces over the top of the outfit and was pictured beaming from ear to ear as she stood around chatting with other members of the holiday crew.

In particular, the famous face engaged in deep conversation with Ozark actor Jason who emulated her laid-back style in jeans and a long sleeve cotton top.

Jason’s wife Amanda Anka and funny-man Jimmy’s spouse Molly McNearney were also in attendance and hung around the Los Angeles airport as the long-time friends chatted.

Wrapping up the conversation, the pair parted ways with a big hug and kisses on the cheek.

The two male members of the group also treated their children to some fun in the sun and booked them in for the annual trip across the border.

Jason and his wife Anka share two daughters, Francesca, 16, and Maple, 10 while the late-night host is father to Jane, eight, and William John, five.

The sitcom star was pictured sharing a cute moment with her friends’ children as she chatted with one of the little girls before leaving.

The 59-year-old Troy actor was spotted on a cosy trip with his new girlfriend Ines de Ramon, 29.

Going public with his romance last month, the star is reportedly ‘very happy’ according to a source that spoke to People.