John Fletcher, who as Ecstasy of the foundational hip-hop group Whodini was the engine for some of the genre’s first pop successes, wearing a flamboyant Zorroesque hat all the while, died on Wednesday. He was 56.

Jonnelle Fletcher, his daughter, confirmed the death in a statement but did not specify the cause or say where he died.

In the mid-1980s, Whodini — made up initially of Mr. Fletcher and Jalil Hutchins, who were later joined by the D.J. Grandmaster Dee (born Drew Carter) — released a string of essential hits, including “Friends,” “Freaks Come Out at Night” and “One Love.” Whodini presented as street-savvy sophisticates with a pop ear, and Mr. Fletcher was the group’s outsize character and most vivid rapper.

John Fletcher was born on June 7, 1964, and grew up in the Wyckoff Gardens projects in Boerum Hill, Brooklyn. He first worked with Mr. Hutchins, who was from nearby Gowanus, when Mr. Hutchins was trying to record a theme song for the newly influential radio D.J. Mr. Magic. 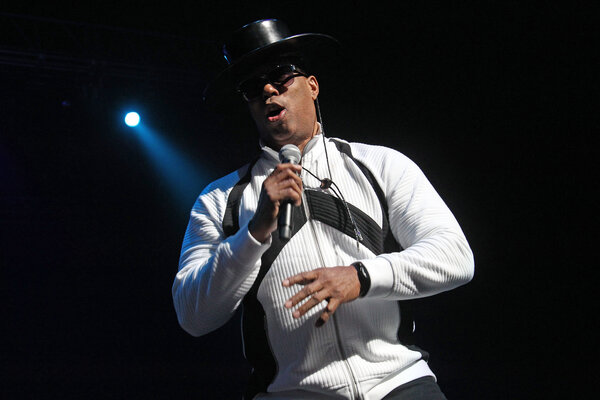 That collaboration received significant local attention, and Mr. Fletcher and Mr. Hutchins were soon signed by Jive Records, which named them Whodini. They quickly recorded “Magic’s Wand,” produced by Thomas Dolby, and “The Haunted House of Rock,” a Halloween song.

“Ecstasy was truly one of the first rap stars,” Barry Weiss, the executive who signed them, wrote on Instagram. “Not just a brilliant voice and wordsmith but a ladies’ man and sex symbol when they were very scarce in the early days of rap. Whodini helped usher in a female audience to what had been a traditional male art form.”

Most of the group’s earliest material was recorded in London when Mr. Fletcher was fresh out of high school. Its 1983 self-titled debut album was produced by Conny Plank, who had also produced the bands Kraftwerk and Neu! Whodini also toured Europe before finding true success back in the United States.

“We didn’t go to university and get a college degree, but that was our education, just seeing the world,” Mr. Fletcher said in a 2018 interview with the YouTube channel HipHop40.

For its follow-up album, “Escape” (1984), Whodini began working with the producer Larry Smith, who amplified its sound and gave it a bit of appealing scuff. (Mr. Smith was also responsible for Run-DMC’s breakout albums.) “Escape” contained the songs that would become Whodini’s seminal hits, notably “Friends” and “Five Minutes of Funk” (released as flip sides on the same 12-inch single) and “Freaks Come Out at Night.”

“Friends,” a skeptical storytelling song about deceit, was a smash in its own right and had a robust afterlife as sample material, most notably on Nas and Lauryn Hill’s “If I Ruled the World (Imagine That).”

“Five Minutes of Funk” — which would become even more widely known as the theme music for the long-running hip-hop video show “Video Music Box” — deployed a clever countdown motif woven through the lyrics. “In creating that song,” Mr. Fletcher told HipHop40, “we pictured it blaring from the windows in the projects as we walked through it on a summer’s day.”

As hip-hop was beginning to gain global notice, Whodini was consistently near the center of the action. The group was managed by the rising impresario Russell Simmons and appeared on the inaugural Fresh Fest tour, hip-hop’s first arena package.

But as Run-DMC was taking hip-hop to edgier territory, Whodini remained committed to smoothness. “We were the rap group that kind of bridged the gap between the bands and the rappers,” Mr. Fletcher told HipHop40, adding that he and Mr. Hutchins were mindful that hip-hop was still struggling to gain acceptance among radio programmers, and wrote songs accordingly: “We wanted to curse, but we couldn’t curse.”

Mr. Fletcher was also a key innovator in introducing melody to rapping. “Ecstasy was the lead vocalist on most Whodini songs because anything that we could play he could rap right to it in key,” Mr. Hutchins said in an interview with the hip-hop website The Foundation.

“Escape” went platinum, and Whodini’s next two albums, “Back in Black” (1986) and “Open Sesame” (1987), both went gold. On “One Love” (from “Back in Black”), which had streaks of the sound that was to soon coalesce as new jack swing, Mr. Fletcher was reflective, almost somber:

Havelock Nelson and Michael A. Gonzales, in their book “Bring the Noise: A Guide to Rap Music and Hip-Hop Culture” (1991), described Whodini as “a beautifully kept building in the middle of Brooklyn’s ghetto heaven, personable characters floating gently through a turbulent sea of hard-core attitude and crush-groove madness.”

In no small part that was because of the group’s style. Whodini dressed with flair: leather jackets, sometimes with no shirt; flowing pants or short shorts; loafers. And most crucially, Mr. Fletcher’s flat-brimmed leather hats, which became his signature look, inspired by a wool gaucho he saw in a shop on Myrtle Avenue in Brooklyn that he had remade in leather. Before long, he had several.

“He had them in red; had them in white; two in black, one with an African headpiece on it,” Mr. Hutchins said in a 2013 interview with the Alabama website AL.com. “He had different ones, but the original one was his favorite.”

Whodini was also one of the first hip-hop groups to use dancers in their stage shows. A young Jermaine Dupri got one of his earliest breaks as a dancer for the group. He later repaid the favor, signing Whodini to his label, So So Def, on which it released its final album, “Six,” in 1996. Whodini continued to perform frequently into the 2000s.

Information on Mr. Fletcher’s survivors in addition to his daughter was not immediately available.