“Watch where you step,” John Waters said gleefully, as he opened the door to his West Village apartment. He gestured to the floor, which was arrayed with what looked like construction rubble, a cardboard box with packing peanuts spilling out, a mousetrap. In the corner was a pile of dog poop.

It was all art, of course — the rubble handmade by the Swiss artists Fischli/Weiss, the box an objet from the New Museum’s gift shop, and the mousetrap, one of several trompe l’oeil pieces by Doug Padgett, whose stopped clock and faux light switch also trip up Mr. Waters regularly. The very realistic poop was a must, given Mr. Waters’s scatological legacy with Divine in “Pink Flamingos.”

He’s careful about displays, too. “Whenever I come to my New York apartment, I have to become the installer; I put on my white gloves, take everything out — because there’s a lot of floor art, and it’s the enemy of cleaning people,” said Mr. Waters, the filmmaker, author, performer and bon vivant of bad taste. He has an expansive, and very seriously considered, art collection — even if a lot of it is funny and some of it is, in his words, “ugly.” (He likes brown art, he said, for that very reason.) “Can you go wrong in collecting monkey art?” he asks, unrhetorically, in a meticulously researched chapter in his new book, “Mr. Know-It-All.”

He began collecting as a teenager in suburban Baltimore, where his first pieces included an Andy Warhol print of Jackie Kennedy, purchased in 1964, for $100 — “which was a lot then,” he said. “A hundred dollars was like $1,000.”

Since then, Mr. Waters, 73, has acquired several other (pricier) Warhols, and an insider’s knowledge of contemporary art; his own visual work has been exhibited in galleries and in a 2018 retrospective, “Indecent Exposure,” at the Baltimore Museum of Art. 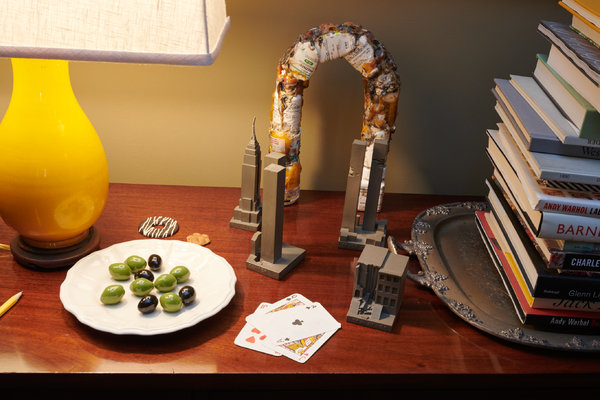 His walls — he has a home in Baltimore and another apartment in San Francisco — are very nearly overstuffed, “so I only buy little art now,” he said. “I don’t buy anything if I can’t hang it up. I collect to live with it.”

Some of it he scoops up gallery-hopping, a favorite pastime. Some is by friends, like the small arch made of pill bottles for H.I.V. medications by the artist Frankie Rice, with whom Mr. Waters said he recently dropped acid. (“We hallucinated for 12 hours” — it’s in the book.)

In a tour one Monday morning, — dressed for the occasion in pointy ankle boots that his friend Mary Boone, the gallerist-turned-federal prisoner, had given him — Mr. Waters told typically wild stories about, say, the time that the Republican strategist Lee Atwater (“a huge fan of exploitation movies”) led him on a secret tour of the Reagan White House. He’s now at work on a novel, the one thing he wouldn’t discuss: “It’s bad luck to talk about something before you do it.”

It’s a pretty early Karen Kilimnik piece. I love it for many reasons. A) the artist would have no idea, but it looks exactly like my dining room in Baltimore; B) it’s on fire, and our family business was fire protection. I always have a little bit of pyromania in me because my father used to take us to watch people’s houses burn down. It was like a family thing — we’d hear the siren and we’d run out. It was really when I felt close to my father.

Also, I love that it’s just off-center. I always think that art is mistakes.

You have a roll of toilet paper in your living room.

That’s George Stoll. I had to get the super in the building to approve that I was going to dig into the wall. I don’t know what he thought — like, scat queen, or something — but I said, “Well, it’s art.” He was like “yeah, yeah.” But it is chiffon, and every time I come in, I have to unwind it.

Are there any pieces that arrived at a meaningful time in your life?

The Warhol [anus] painting. [It hangs in his bedroom, and Mr. Waters correctly predicted that The New York Times would not print an image of it.] I treated myself to that after one movie. And when they did the catalogue raisonné and came and inspected it, they told me — you see the footprint of Andy’s dog that walked across the painting, Archie.

You said some art is best kept in a closet. What constitutes closet art?

A fan gave me this big portrait of Judy Garland and I thought, that is so gay. I put it in my closet behind the coats. So I’m trying to be a closet queen, again, about Judy Garland. It’s not a guilty pleasure, because it’s in a guest closet. Or kind of a great thrift shop painting — but behind the clothes, so only I see it.

You travel a lot. How do you deal with the art that you encounter on the road?

Well, I bring art. And sometimes take the art down that’s hanging and put mine up. I have the framed medical license of the Baltimore doctor that gave everybody, including me, speed in the ’60s and didn’t know that it was drugs. He just thought it was a new thing for diets — but I did weigh 128 and was 6’1,” and he gave me like 200 Black Beauty pills.

Besides liking the work, what guiding principles do you follow in collecting?

It has to sometimes, at first, make me angry. It has to delight me and surprise me and kind of like, put me off a little bit at first, and then I embrace it. The kind of art I like is the one that makes people angry, that hate contemporary art — the ones that easily fall for the bait of it. I always go to that first.

I have a piece called “Contemporary Art Hates You.” And it does, if you hate it first. You have to embrace why it hates you. You see it in a different way — you learn a magic trick. So to me, each one of these pieces relaxes me and makes me tense at the same time — which is what art should do. All art that works infuriates people at first. 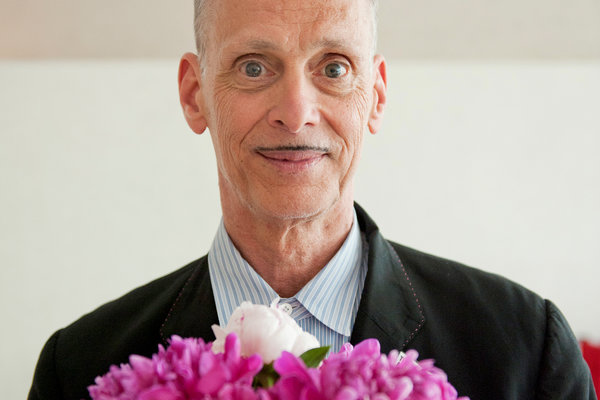 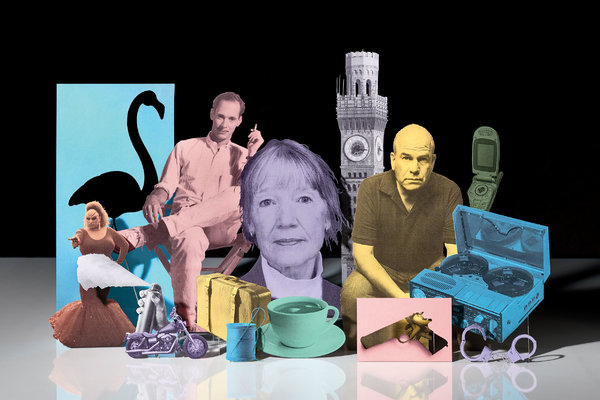 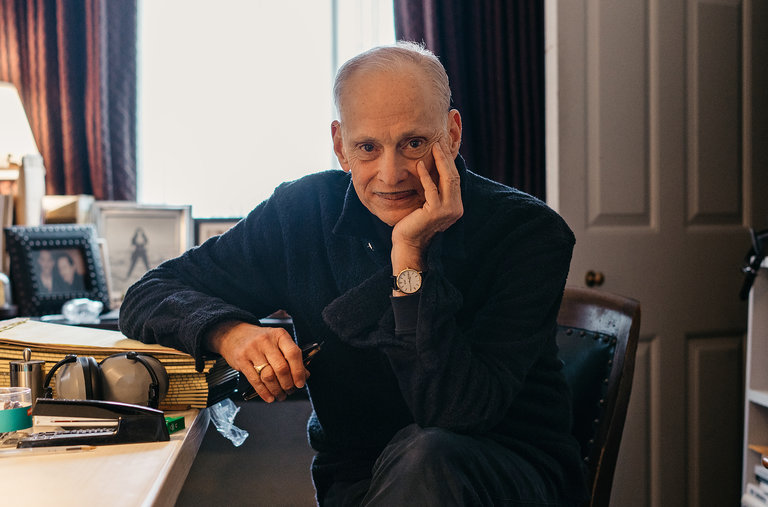 Melena Ryzik is a roving culture reporter and was part of a team that won a Pulitzer Prize in 2018 for public service for reporting on workplace sexual harassment. She covered Oscar season for five years, and has also been a national correspondent in San Francisco and the mid-Atlantic states. @melenar