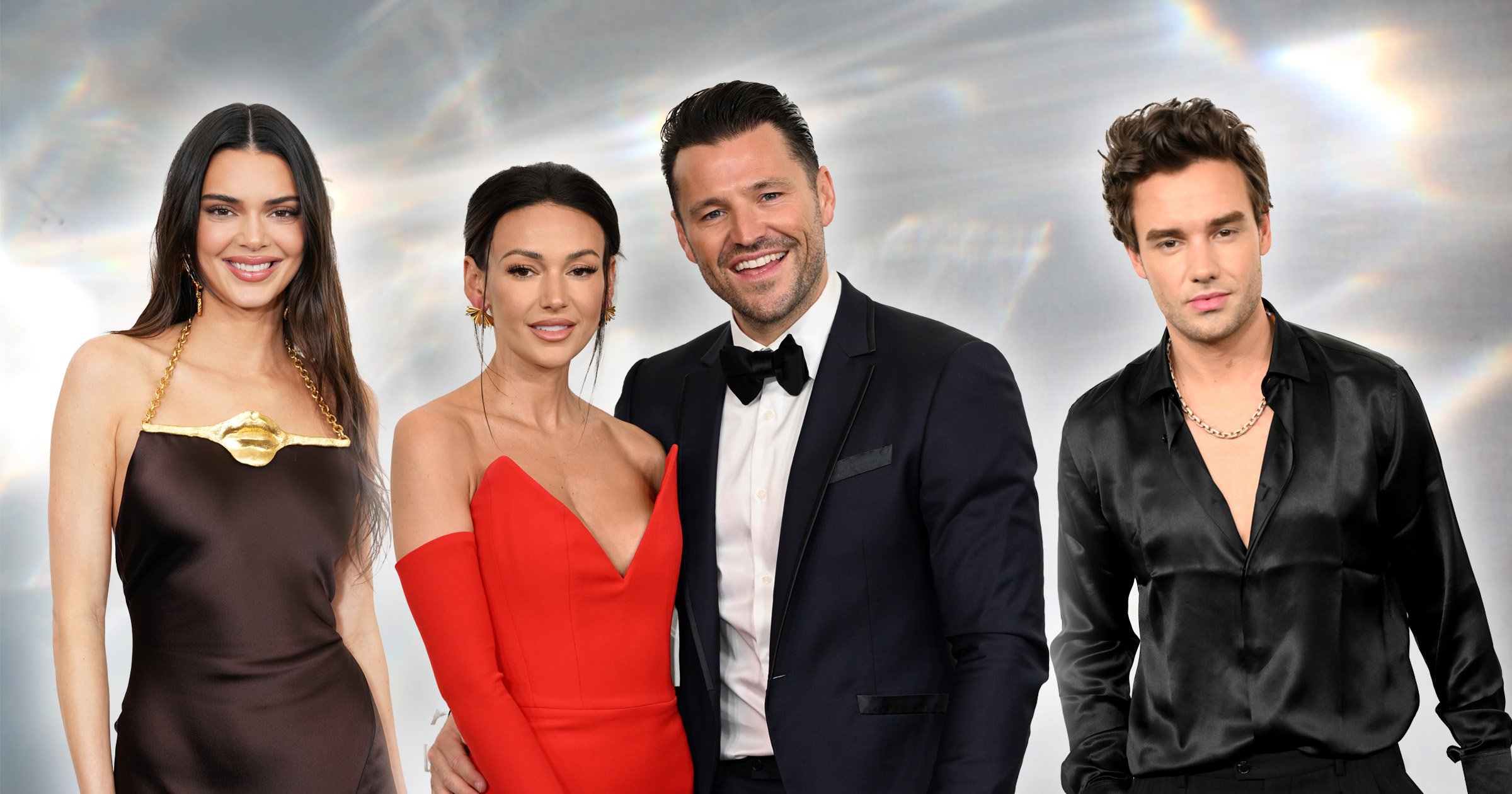 It’s the opening weekend of The Royal Atlantis in Dubai, the stars are out in force!

From Liam Payne and Kendall Jenner to Michelle Keegan and husband Mark Wright the stars all donned their glad rags for the ultra glam occasion.

A lavish three-day event has been organised for the grand launch of the hotel, with none other then Beyonce also on hand to celebrate in style.

Queen Bey is set to well and truly bring the party to Dubai, with her return to the stage for the first time in four years.

The singer performs a private one-hour set at The Royal Atlantis on Saturday night to celebrate the luxury hotel’s launch.

There to cheer her on while topping up her tan, reality star Kendall posed for cameras at the opening, wearing a chic figure-hugging satin gown.

Her brown ensemble featured an eye-catching chain halter-neck strap, with a pair of gold lips on the neckline.

The influencer and businesswoman was in Dubai to celebrate the launch of her 818 Tequila brand, with a party at Cloud 22.

Joining her, One Direction heartthrob Liam cosied up to his blonde beauty of a girlfriend, Kate Cassidy.

The Strip That Down pop star looked ever so cool in a satin black shirt, forgoing a tie and opening the top buttons to flash a hint of chest.

While Liam no longer wears heavy chains (remember that phase?) he did add a necklace to complete his look.

Meanwhile, girlfriend Kate looked fresh off the runway in a green mini dress, sweeping her hair back into an up do and adding a pink lip gloss for a natural make-up look.

The lovebirds were all smiles as they put on an elegant display, with Mark going all out with a suit and bowtie, while Our Girl actress Michelle went or a strapless red mini dress complete with matching gloves and a statement gold clutch bag.

Rebel Wilson was joined by her partner, Ramona Agruma, taking a night off from mum duties after welcoming a baby girl last year.

The Pitch Perfect favourite was a vision in green, wearing a vibrant gown and bringing in her waist with a Valentino belt.

As for fashion designer Ramona, she complimented Rebel’s look perfectly and brought some serious glamour with an eye-catching gold suit.

Going on the ultimate double date, the couple posed for a pic with Robbie and Claudine Keane, who looked nothing less than stunning in a strapless black gown with a super daring high slit.

Escaping the British January cold, Rochelle and Marvin Humes went all matchy-matchy in black, with the former The Saturdays singer opting for a lace gown with a unique flower choker, perfectly matching the JLS singer’s tux.

Pussycat Doll superstar Kimberly Wyatt also posed with her husband, worlds away from what she was doing this time last year – competing in Dancing On Ice.

The dance star went for a nude frock which had a layered feathered skirt and matching sleeves, wearing her hair in a messy bun as she snuggled up to dapper hubby Max Rogers in a black suit.

Other stars out for the night included former Made in Chelsea star Millie Mackintosh, and Halle Bailey, who is set to play Ariel in the upcoming Disney live-action film, who stepped out with rapper DDG.

She was also joined by her older sister Chloe, who put on a bold display in a bright yellow gown.

The celebs were sure to be buzzing with excitement for the night ahead, with Beyoncé never one to disappoint when it comes to performances.

Of course, supportive husband Jay Z was in the crowd, after DJing at Kendall’s launch the previous night.

Children Blue Ivy, 11, and five-year-old twins Rumi and Sir Carter were also at the resort to cheer on their superstar mother.

Queen Bey was reportedly paid $24million (£19.4m) for the gig, which was her first since her 2018’s Global Citizen Festival appearance.

As well as Beyoncé, Swedish House Mafia was booked to DJ at an afterparty at the exclusive invite-only event.