Machine Gun Kelly has given his fans a delightful close-up of leeches sucking his blood.

The musician is well known to have a bit of a thing for blood, with he and fiancée Megan Fox boasting about drinking each other’s blood to the point they were given a warning by the vampire community.

Now Bad Things rapper Kelly, real name Colson Baker, has taken things to the next level as he allowed leeches to suck blood from his stomach.

Taking to his Instagram stories on Friday, Kelly posted a video of his stomach, where several writhing leeches were having their fill.

The musician even zoomed up, giving his followers an even closer look at the creatures who had attached themselves to his body. 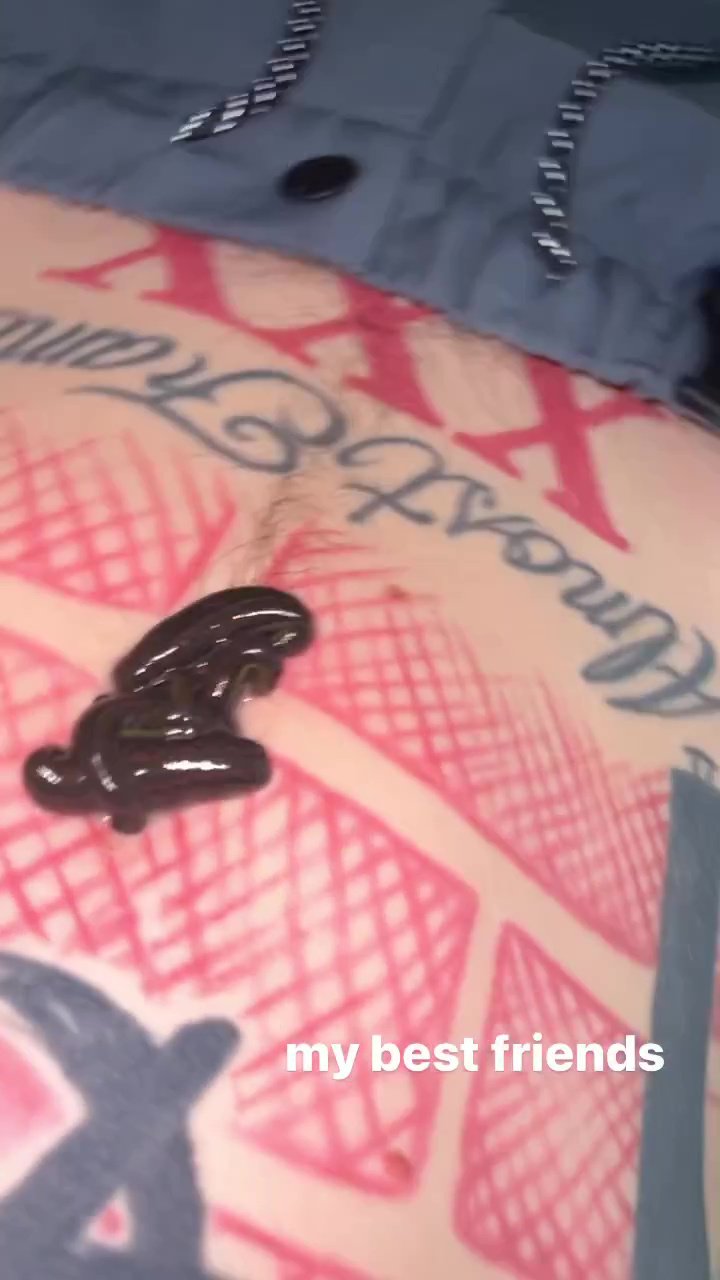 He captioned the video: ‘My best friends.’

Because of course they are.

Kelly and his fellow blood-drinker Megan met on the set of Midnight in the Switchgrass in 2020 and have been inseparable since.

They got engaged in January after a year together, with the Jennifer’s Body actress declaring: ‘I said yes…then we drank each other’s blood’.

The pair also revealed Megan’s unique engagement ring, which MGK, 32, caused controversy with by saying it would hurt to take off.

MGK recently made headlines when he attended the American Music Awards in a suit covered in huge spikes, making him quite literally untouchable.

Picking up an award at the event, the rapper addressed his unusual suit and joked during his speech: ‘This suit is really uncomfortable to pee in.’

It seems Kelly wasn’t the only one finding it uncomfortable, as the suit apparently continually poked musician Lionel Richie in the face as the pair sat beside each other in the audience.