Royal sisters-in-law Meghan Markle and Kate Middleton radiated at Trooping the Colour 2019. The two women came together with other members of the royal family to celebrate the Queen on Saturday in what was called “a stunning display of unity“, given their recent drama with their husbands.

This appearance marks the first official outing for Meghan Markle since introducing baby Archie to the world. The Duchess, along with Prince Harry (who gave Duchess Meghan a beautiful anniversary present before the event) rode in the same horse-drawn carriage as Kate and Camilla, Duchess of Cornwall, on their way to Buckingham Palace for the proceeding festivities. The previous year, Prince Harry and Duchess Meghan rode in their own carriage while Kate and Camilla sat together in a separate vehicle.

While some fans of the next generation of royals were a tad concerned as to whether there would be any interpersonal fallout from Prince Harry and Prince William’s mutual decision to dissolve the Royal Foundation charity — of which both couples were heavily involved — it was a natural progression for what the two couples wish to focus on next. 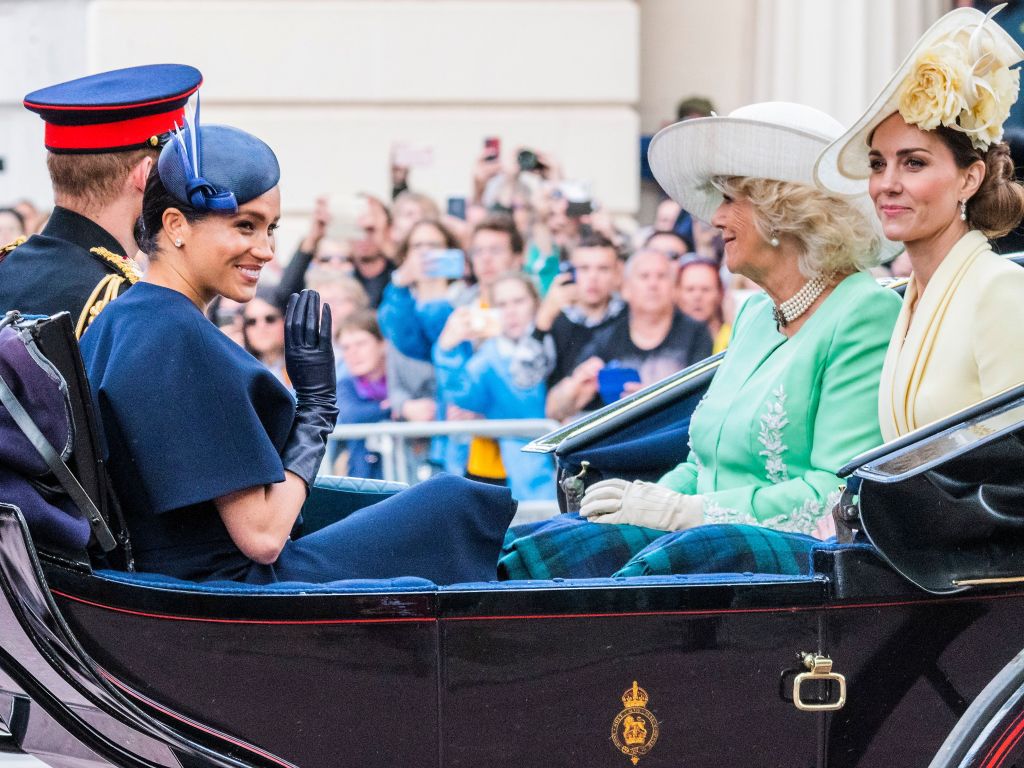 Joe Little, the managing editor of Majesty, told People, “Meghan was chatting to the Duchess of Cambridge, and they were getting on well.” Emma Forbes, a U.K. journalist whose father had ties to the royal family, remarked on how well the Duchesses were getting on. She told People, “…I think Kate was very much a role model in the beginning of what you do. I mean, imagine how daunting it must be to go from being an actress to being a part of the English royal family and knowing exactly what to do at events.”

It’s so exciting to see these two women take on further events in tandem. Not only do they share similar responsibilities within the royal family, but now they have the bond of motherhood to bring them closer together. The family made an appearance on the balcony to adoring admirers. It’s only a matter of time before little Archie will make his first appearance on the grand balcony too.