Olivia Attwood has admitted she’s still struggling and feeling ‘sensitive’ over her early exit from I’m A Celebrity… Get Me Out of Here! after only 24 hours in the jungle.

The Love Island star, 31, joined the reality series alongside the likes of Mike Tindall and Jill Scott, but was forced to drop out before Seann Walsh and Matt Hancock even entered the camp.

She later revealed that she was rushed to A&E by ITV staff after ‘routine blood tests’ showed her to be ‘dangerously anaemic’.

ITV bosses weren’t happy to let her back into the jungle after the health scare, despite the hospital giving her the all clear, so Olivia flew back home and has since been updating followers over her struggles of being robbed of the experience, which had been ‘five years in the making’.

And despite the final being over, with Lioness Jill crowned Queen of the Jungle, Olivia has shared how she’s still struggling.

In an emotional video, she said: ‘I think I am sensitive as well, I probably underestimated that I’m finding it hard that it was the jungle final this week and I was told to f**k off after 24 hours, and I wanted to stay to the end. 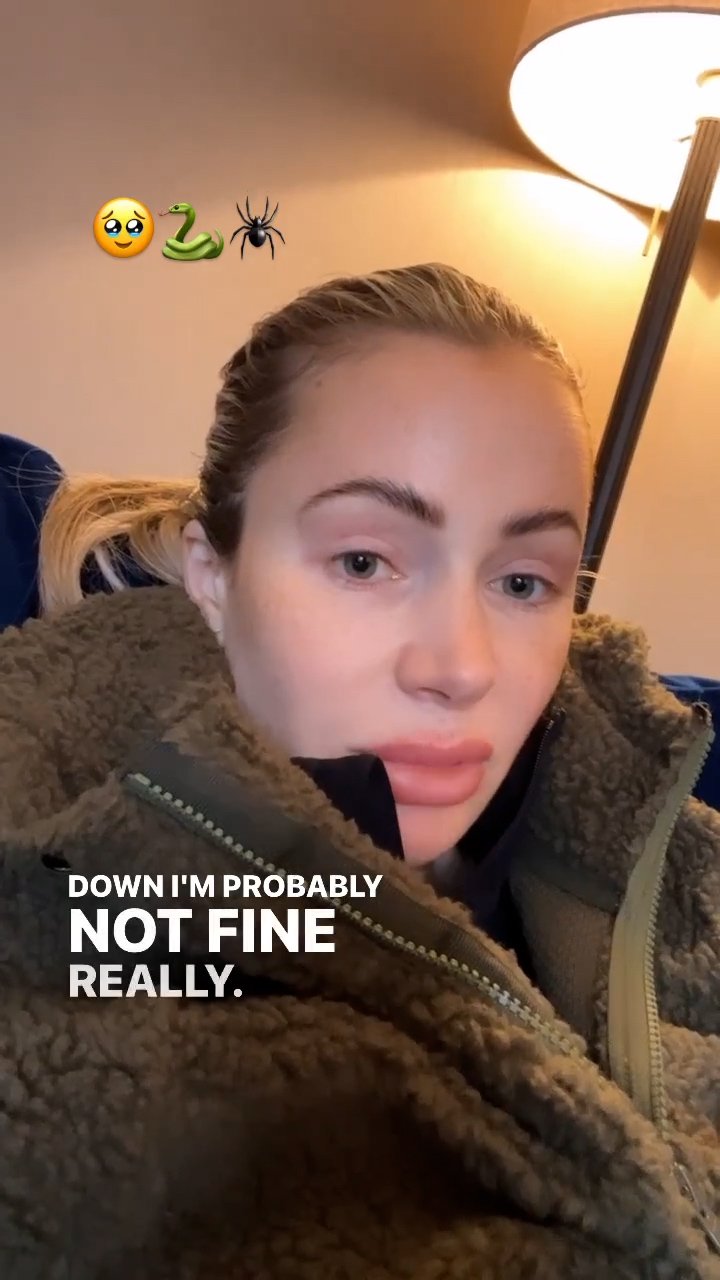 ‘I think I pretended like it’s fine but deep down I’m probably not fine really.’

The admission comes after Olivia was left distraught and shaken after being subjected to verbal abuse while walking her dog.

The heated confrontation left her crying in her car, explaining to followers that she’d been out walking her dogs Lola and Stitch when they came across another dog walker who ‘lunged in’ to pick up her cockapoo.

Lola then ‘freaked out’ and proceeded to bark but made no contact with the strangers.

‘She’s saying I’m a psycho, like every expletive under the planet. But obviously because she screamed, and I’ve got a rescue dog, Lola was then like freaked out and then obviously, Lola was then like doing laps so I was trying to get hold of Lola and this woman was just like screaming.’

She went on to detail how she was then accosted by an older man, saying: ‘Anyway, I get the dog and head back to the car park and a middle aged man, like 60s, follows me across the car park. I was thinking like, is he going to his car? What’s he doing? He gets up behind me and goes: “I know who you are” but like what’s your point, what’s my dog done?

‘I have never in my life let anyone speak to me like that but it’s the f***ed up thing about being in this industry. You feel like you can’t defend yourself.’

I’m A Celebrity… Get Me Out of Here! is available to watch on ITV Hub.