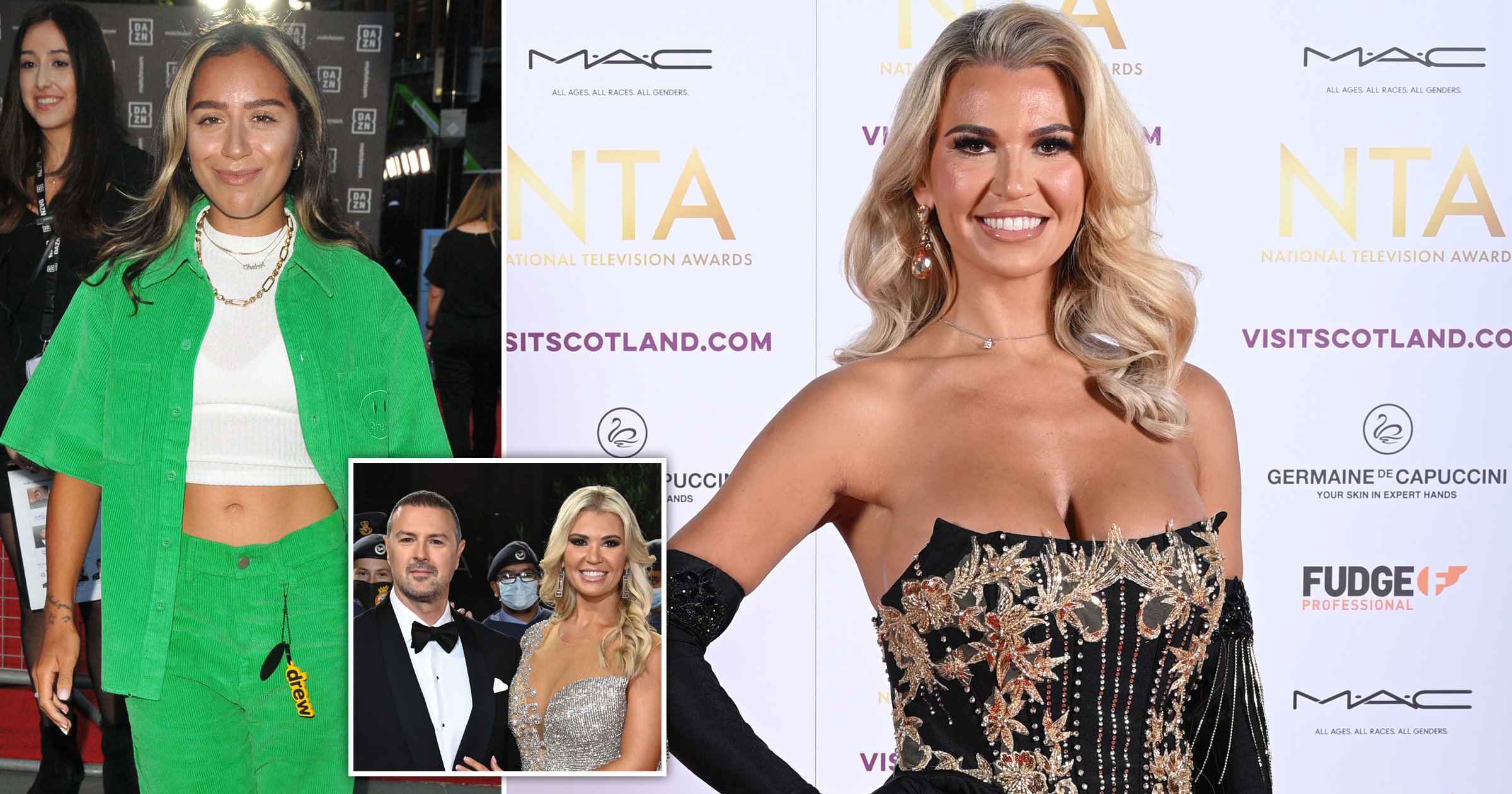 Christine McGuinness and ex-husband Paddy spent time together as a family over the weekend, just as photos emerged of her kissing Chelcee Grimes.

The estranged couple, who split in July after 11 years of marriage, appeared to reunite on Sunday to enjoy a festive day with their children decorating the Christmas tree.

They shared separate Instagram posts of their three kids, Penelope and Leo, nine, and Felicity, six, dressed in their pyjamas and putting the finishing touches to their huge tree.

Christine, 34, wrote alongside her post: ‘My babies forever I still remember the years we didn’t have a Christmas tree at home because it would overwhelm them.

‘Look at them now 👏 my inspirations 😍 anything is possible with love, support and patience (lots of patience 😅) ❤️❤️❤️.’

Paddy, 49, also shared a clip of them rummaging through their Christmas decorations in boxes and using a ladder to climb up the tree.

He captioned the video: ‘The tree is up!!! Always loved this day right from being a little lad. You done yours yet? I’m officially in Chrimmy mode!!! 🎄🎉🥂🤝 #christmas.’

Christine and Paddy’s footage were both filmed at their family home as the former couple are still living together despite their split.

Over the weekend, photos emerged of Christine enjoying a festive-filled evening at Winter Wonderland with close friend Chelcee, 30, who she was also seen kissing.

Images show the pair sharing a smooch wrapped up warm in winter outfits and in full view of other revellers. Other snaps captured the duo beaming with pride after winning cuddly toys and teddies on the park’s carnival games before walking away, linking arms.

An onlooker told The Sun: ‘It was a sweet moment between Christine and Chelcee as they sat on a bench outside and enjoyed live music.

‘They were wearing similar woolly hats and even had a little dance at one point. They seemed to be living in the moment and soaking up the festive atmosphere.’

They added: ‘Christine and Chelcee were both all smiles as they walked off hand-in-hand.’

It’s believed Christine formed a close bond with Chelcee as she dealt with the end of her marriage to Paddy.

The pals first met when they were co-stars on ITV show The Games, an Olympic-style challenge programme, broadcast earlier this year.

Christine and Paddy announced their split in a joint statement this summer, explaining that it ‘wasn’t an easy decision’ but their focus was on being ‘the best parents’ to their ‘three beautiful children’.