When my son asks, Did you have a gun, after listening to me tell strangers of my crimes and time in prison, I want to lie. Unable to reconcile those yesterdays with what I know now about bullets. Maybe what I knew then. Adrian Matejka does here what all good poets do, startles you with a reminder, even a simple one: “Here we are/again: so many Black women/& Black men in front of it.” The it being a gun, whether wielded by the police, or as is more often the case, another Black hand. As Grandmaster Flash once said, It’s like a jungle sometimes it makes me wonder how I keep from going under. Selected by Reginald Dwayne Betts 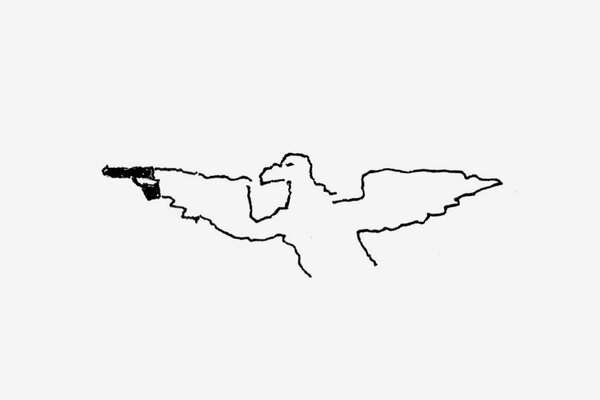 Lead in the belly, copper
& nickel skin in abundance
each year. Ten billion bullets
made in America each year.
Enough bullets to kill all
of the earth each year.
The bullet hits three times
faster than we can hear
its concussion. The bullet
breaks the air with its 2,182
mph admission. The bullet
is a grim onomatopoeia
for itself. The bullet is
a slim allegory for a gun-
happy nation & its attendant
segregations. Lead belly,
wrapped in the grinning
freedom amendment: a gun
is almost more important
than what comes out of it.
A gun is always more
important than the people
in front of it. Here we are
again: so many Black women
& Black men in front of it.

Reginald Dwayne Betts is a poet and lawyer. He created Freedom Reads, an initiative to curate microlibraries and install them in prisons across the country. His latest collection of poetry, ‘‘Felon,’’ explores the post-incarceration experience. His 2018 article in The New York Times Magazine about his journey from teenage carjacker to working lawyer won a National Magazine Award. Adrian Matejka is a poet whose latest book is ‘‘Somebody Else Sold the World’’ (Penguin Books, 2021).