Prince Andrew might not want to peek his head out on Oct. 5 because Peacock has a new 90-minute documentary coming his way, Prince Andrew: Banished. And judging from the trailer alone, there are some pretty damning moments about his time in the royal family.

The film not only discusses his Jeffrey Epstein association and the Virginia Roberts Giuffre legal case, but it also dives into his bad behavior as an eligible bachelor in the royal family. Journalist Helen Kirwan-Taylor asks in the clip, “How could someone like Prince Andrew have gotten into such horrible behavior?” Reporter Annette Witheridge answers that question with a shocking reply, “It was a lifetime in the making.” The fingers point right back to his mother, Queen Elizabeth II because “Andrew’s always known that he’s had the Queen’s intense affection — he is her favorite,” notes the trailer.

That gave Prince Andrew “a lot of leverage” to not only get away with things, but he also “thought he was more than a royal,” shares Kirwan-Taylor. “He thought he was a celebrity.” Things don’t get much better for him as the video continues with how “his appetites ruled him” and a royal expert dishes that “he couldn’t keep his trousers closed.” His privilege and title “protected him,” so he rarely received any punishment for his embarrassing shenanigans until “his recklessness exposed him.”

This is the type of documentary that the royal family doesn’t want the world to see, but people are tired of Andrew getting away with alleged sexual assault just because he can hide behind palace walls. With Queen Elizabeth no longer around to protect him, one of King Charles III’s first big acts may be dealing with his brother — and this documentary may force him to do it sooner versus later.

Click here to see celebrities who have been accused of sexual assault. 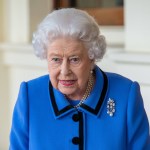