Well, it’s official — the COVID-19 has reached the royal family. Early Wednesday morning, it was confirmed that Prince Charles, 71, has contracted the novel coronavirus, making him the first senior royal to be diagnosed with the illness. And while there is naturally a concern for the Prince of Wales, there’s an (understandable) heightened level of worry about how Charles’ diagnosis could affect the rest of the royal family… specifically Queen Elizabeth II, 93, and the royal grandkids. Here’s what we know so far.

Per a statement issued by Clarence House, Charles is faring well so far. “The Prince of Wales has tested positive for coronavirus. He has been displaying mild symptoms but otherwise remains in good health and has been working from home throughout the last few days as usual,” the statement explained. “The Duchess of Cornwall has also been tested but does not have the virus.”

Due to the scope of travel required of a royal, it’s difficult to pinpoint where Charles may have come into contact with the illness. Underscored Clarence House, “It is not possible to ascertain from whom the Prince caught the virus, owning to the high number of engagements he carried out in his public role during recent weeks.” Of course, this means that Charles could have been around both the Queen and his UK-based royal grandkids — Prince George, Princess Charlotte and Prince Louis — since contracting the illness.

But don’t fret about the royal monarch, says Buckingham Palace. “Her Majesty The Queen remains in good health. The Queen last saw the Prince of Wales briefly after the investiture on the morning of the 12th of March and is following all the appropriate advice with regard to her welfare,” said a Palace spokesperson.

Charles is now self-isolating at Queen Elizabeth’s Balmoral Estate in Scotland while, last week, the Queen and Prince Philip, 98, began self-isolation at Windsor Castle in the South of England. “The fact that it has been two weeks since [Charles] last saw the Queen and she is not showing any symptoms is also a positive sign,” former royal physician Dr. Anna Hemming told Vanity Fair. “The royal doctors will be monitoring the royals closely and following the government guidelines very closely.”

It’s unclear how much time Charles has spent with his grandchildren in the last few weeks. However, children seem to be less susceptible to the coronavirus, so that’s something. Additionally, Prince William and Kate Middleton are believed to be camped out at their Sandringham country estate, Amner Hall, with their three kids — a fair distance from Charles’ quarantine. And since Prince Harry and Meghan Markle recently moved to Canada, their son Archie hasn’t seen his grandfather (that is public knowledge) since the pandemic began.

So, what happens next? With more than 8,000 confirmed coronavirus cases in the UK and a current death toll of 427, the royals will undoubtedly follow the advice of health experts and remain in self-isolation until it’s deemed safe to break it. Per various reports, members of the monarchy are being closely monitored by physicians during this time.

And if you love the Royal Family, click here to see the entire family including all the international royals. 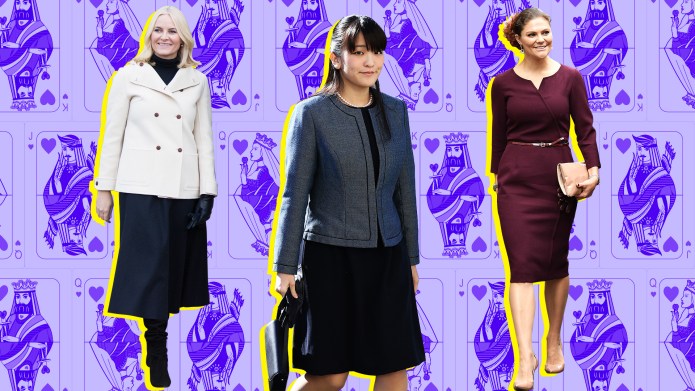 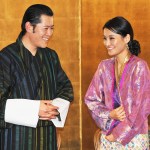 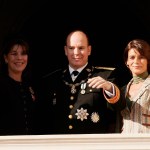 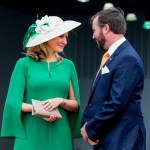 Chrissy Teigen Shared a Hilarious Truth About Parenting on Instagram
We and our partners use cookies on this site to improve our service, perform analytics, personalize advertising, measure advertising performance, and remember website preferences.Ok