As the next generation of British royals comes into their own (that’d be Prince William, Prince Harry and their respective wives), a massive split is about to go down that will change the course of the princes’ lives and the monarchy forever. Per Emily Andrews, The Sun’s royal reporter, William, Catherine, Duchess of Cambridge, Harry and Meghan, Duchess of Sussex, are going to completely split up their households by separating from their joint charity, The Royal Foundation. This may not seem like big news on the surface but the reasons for the split and what it says about the relationship between the royal siblings and their wives is actually very major.

Andrews apparently spoke with a source close to the royal family who was able to shed a lot of light about why William, Harry, Kate and Meghan are splitting from their joint charity before it even got off the ground.

“The couples have been given two options—the first is to leave things as they are and the second a complete split,” the source explained. “Nothing has been formally ratified but all the mood music is suggesting the Sussexes will break away. The Sussexes weren’t in a rush to make any changes, but the Cambridges were. However, it’s a complex procedure and very sensitive. The Cambridges have definite constitutionally-bound roots, and now the Sussexes have married and started a family, with the Duchess being American, they have more freedom. Nothing will be done quickly and it’ll be a phased untangling of many of the joint initiatives, not an overnight chop.” 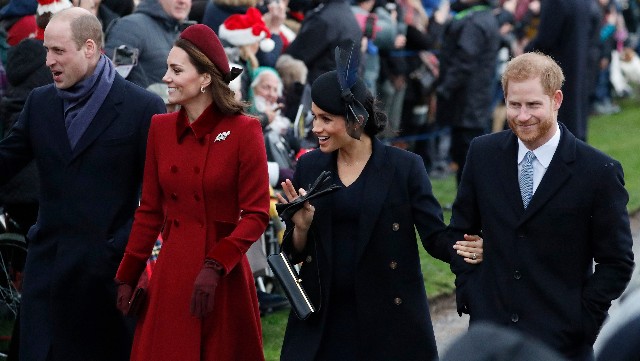 The Royal Foundation was intended to be a major joining of forces, so to speak, between the royal foursome (dubbed “The Fab Four” in the press). The couples came together for the first of what would have been annual Royal Foundation events back in early 2018 to discuss the charity’s goals. This charity would have combined all of the power and draw of each of the members of the royal family, too, and was meant to be emblematic of what issues they wanted the monarchy to focus on in the future. Now, as is clear from Andrews’ report, The Royal Foundation will soon cease to exist and the respective couples will pursue their own individual charitable endeavors.

A separate source speaking with Andrews seemed to confirm our worst fears that the rumors of a growing rift between William and Harry are true. “Things did get very bad between the brothers and they didn’t see each other privately for a number of months after the royal wedding,” the source told Andrews. “Certainly the animosity over status, money, and Meghan meant that the split in their joint households had to be brought forward much more quickly than anticipated, so perhaps it was inevitable that their joint charity has to be split too.” 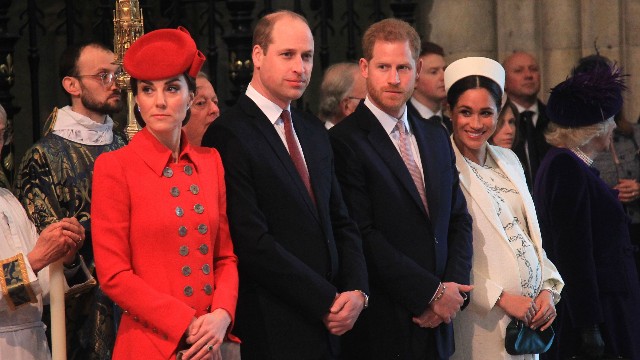 This source noted that Harry and Meghan “want to do things differently to William and Kate” which makes sense because Harry has a bit more freedom to choose what to do with his life since he’s not in direct line for the throne (succession will go through William and his children before it gets to Harry). Thankfully, the split might actually be a good thing because the source concluded that since the Sussexes have begun to move away from the Cambridges “the brothers’ relationship has vastly improved.”

Neither Buckingham Palace nor Kensington Palace have released a statement about the couples’ split from their joint charity. The Royal Foundation did release a brief comment: “There is a review underway and no decision has been taken.”