The production of the upcoming film Rust became the sight of tragedy last night. A prop gun reportedly held by Alec Baldwin was fired, resulting in the death of cinematographer Halyna Hutchins and injury of director Joel Souza, per reports from a variety of outlets. Baldwin’s rep did not immediately respond to a request for comment.

Following a 911 call that reported the on-set shooting, sheriff’s deputies were dispatched to Bonanza Creek Ranch in south Santa Fe, according to IndieWire. The case is still under investigation; according to a statement from the sheriff’s department, “Witnesses continue to be interviewed by detectives,” per IndieWire.

The Sante Fe Sheriff’s Department did share with Deadline that Baldwin “was questioned by investigators and released.” The incident reportedly occurred during the middle of a scene that was being rehearsed for the film, per IndieWire’s citation of the New York Times. Hutchins was transported to the University of New Mexico Hospital, where she was pronounced dead. In the days before the tragedy, Hutchins shared video to her personal Instagram account, featuring the cinematographer riding a horse on her day off.

Following the tragic loss of Hutchins, the International Cinematographers Guild released a statement mourning the loss of the talented Director of Photography. “We received the devastating news this evening, that one of our members, Halyna Hutchins, the Director of Photography on a production called ‘Rust’ in New Mexico died from injuries sustained on the set. The details are unclear at this moment, but we are working to learn more, and we support a full investigation into this tragic event. This is a terrible loss, and we mourn the passing of a member of our Guild’s family,” the statement read, per IndieWire.

Before you go, click here to learn more about the actors who died while filming. 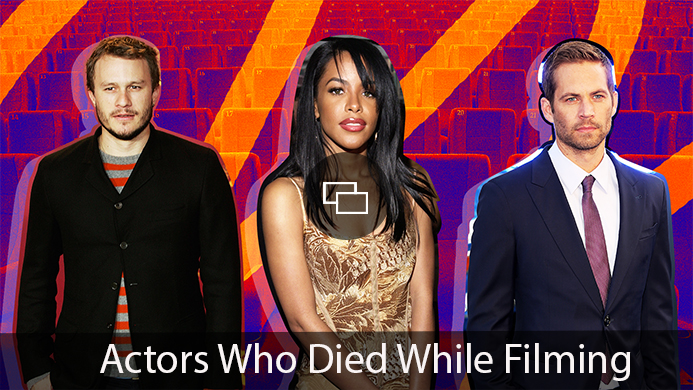