TVER, Russia — On a recent Friday night, the rapper Big Baby Tape rushed onstage at a packed club in this ancient town near Moscow to launch a 32-date tour.

The crowd, mostly teenagers, shouted his name ecstatically, jumping and bouncing off each other as the punchy, bass-heavy music began to play.

Just a year ago, Big Baby Tape was only known to rap aficionados. But in November, he released “Dragonborn,” his first studio album, posting it on social networks and streaming platforms. The album had only limited airplay on Russian radio, and no music videos were played on TV.

Still, it went platinum in three days. Tracks from “Dragonborn” were played more than 300 million times on VK, the main social network and streaming platform in Russia, and were on Apple Music’s chart for months. In an instant, the underdog rapper, also known as Yegor Rakitin, turned into a celebrity. Nowadays, he wears big sunglasses in public in an effort to avoid being recognized. 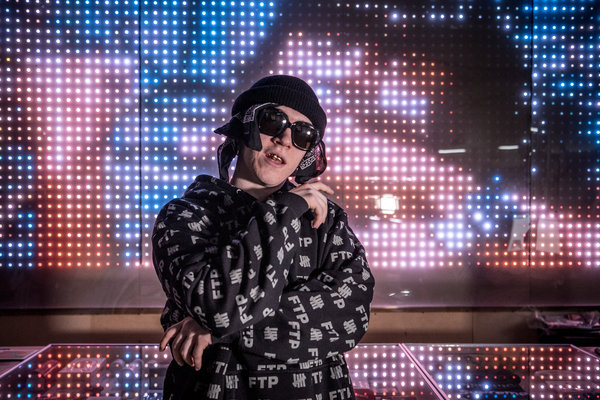 “I never invested any money in promotion,” said Big Baby Tape, who was born five days after Vladimir V. Putin became Russia’s president in 1999. “Today, you can make good money from streaming online,” he added.

Only a few years ago, Big Baby Tape’s rise would not have been possible in Russia, where the pop music industry is heavily guarded by cultural officials loyal to the Kremlin. Veteran music producers acted as gatekeepers to TV appearances and radio stations, making sure the content didn’t rock the boat. Without TV and radio appearances, artists couldn’t fill big concert venues.

But, as elsewhere, the internet in Russia has become the dominant force in the music industry for young people, and that has changed the dynamic. In April, the number of paid subscribers to Yandex Music, one of Russia’s leading streaming platforms, reached 1.7 million, almost doubling in just a year. Together with nonpaying users, about 20 million use the service every month.

Helped by such outlets, a vibrant rap culture has flourished that is independent of the government and its preferred aesthetics and values. New stars have begun to appear, exploring subgenres and breaking taboos.

“Rappers didn’t try to bend to get on TV, which would mean purging all traces of drugs, expletives and all sexual comment from their texts,” said Andrei Nikitin, 40, editor of The Flow, a website that has followed the scene for years.

Rap has begun capturing the minds of young people in Russia just as those aged 24 and under are moving from being the group most supportive of Mr. Putin’s government to one that is increasingly critical of it, according to multiple polls.

The Kremlin seems to be worried. In 2018, dozens of concerts were canceled, and in November, the rapper Husky, also known as Dmitri Kuznetsov, was detained by the police in the city of Krasnodar after he tried to give an impromptu performance on top of a car after a gig he had been due to play was called off.

In December, Mr. Putin convened a meeting of the council that advises him on culture, and ordered his administration to develop a program that would increase the state’s role in pop music by introducing grants and by opening music studios around the country. The government said it would move to filter undesirable content on the internet, but so far has been unable to find an effective technical solution to do that.

“The impact of hip-hop has been massive,” said the rapper Oxxxymiron, 34, a pioneer of independent hip-hop in Russia. He added that, “Through music, visual art, movies, dance, clothing styles and more, key values of hip-hop have spread through contemporary Russian culture.”

“Russian youth are more cosmopolitan, more in tune with current western and worldwide trends, more accepting of other ethnicities and traditions and more aware of social and political issues across the pond,” said Oxxxymiron, also known as Miron Fyodorov. “This will inevitably change the way this generation feels about themselves, society, and the world.”

As recently as the 2000s, rap was still a niche genre in Russia. Hip-hop groups such as Kasta and CENTR toured across the vast country, but never broke into the mainstream. Media coverage tended to dismiss Russian rap as provincial, focusing instead on indie music that had very little following outside Moscow and St. Petersburg.

A turning point came in 2015, when several groundbreaking albums were released, including records by Oxxxymiron and the Kazakhstan-born rapper Skryptonite. Around the same time, the rapper Boulevard Depo founded the YungRussia collective that began to tour across Russia. Several of its members, including GONE.Fludd and Pharaoh, turned into big stars. In 2017, three rappers, including Oxxxymiron, filled the Olimpiysky Stadium in Moscow, Russia’s largest indoor venue, in separate concerts.

While most rappers avoided direct political statements in their lyrics, they tackled issues far from the glorious past that much of Russia’s state-sponsored cultural output praises. Commemorations of World War II or Soviet sports victories, two popular themes in movies and TV, have little to do with the everyday life of young people. Skryptonite’s tunes, for instance, offered a glimpse into the dark, alcohol-soaked reality of post-Soviet, urban life. “Gorgorod,” a concept album by Oxxxymiron, told a multilayered story of a tense relationship between an ambitious writer and the power-hungry mayor of an imagined city.

And as Russia became more insular after the conflict with the West over Ukraine, Russia’s rappers were looking outward, taking inspiration and borrowing from foreign cultures.

Big Baby Tape, for instance, mixed in American slang picked up from video games with his absurdist Russian flow, heavily peppered with expletives. The rapper Face, who earned fame with his rowdy, taboo-breaking tunes, was inspired by the SoundCloud rap movement in the United States.

In 2017, officials in the cities of Novosibirsk, Omsk and Perm canceled concerts by Face, citing pressure from local antidrug organizations. In the southern town of Belgorod, organizers asked the rapper to perform the Russian national anthem before a concert. He refused, canceling the show.

After that, Face “decided to do a fierce punk record that would destroy the government, like N.W.A. or Public Enemy did,” he said in an interview. In September, he released, “Ways Are Mysterious,” a record full of uncompromising criticism of today’s Russia, on which he rapped: “Freedom of speech has been sentenced for life here, this is Russia.”

The album turned Face, who grew up in the industrial city of Ufa, into a darling of opposition activists and liberal journalists, but puzzled many of his younger fans, who were more accustomed to his earlier trashy, punk style.

The impact of the internet and the rap boom that followed have been so profound that even champions of the older, mainstream culture have begun to take notice.

Igor I. Matvienko, an influential Russian music producer and close ally of Mr. Putin who has previously called for rap to be banned, said in an interview that “the industry has completely changed,” and that the change was irreversible.

But there were upsides, he said. “For the first time in my life, I realized — and this was a true revelation for me — that Russian youth began to listen to Russian music,” Mr. Matvienko said.

“If you go to Patriarch’s Ponds, you will hear Russian tracks, booming loudly from passing cars,” he said, referring to one of the wealthiest areas in central Moscow.

“Perhaps they won’t be very good ideologically,” he added, “but they will be in Russian.” 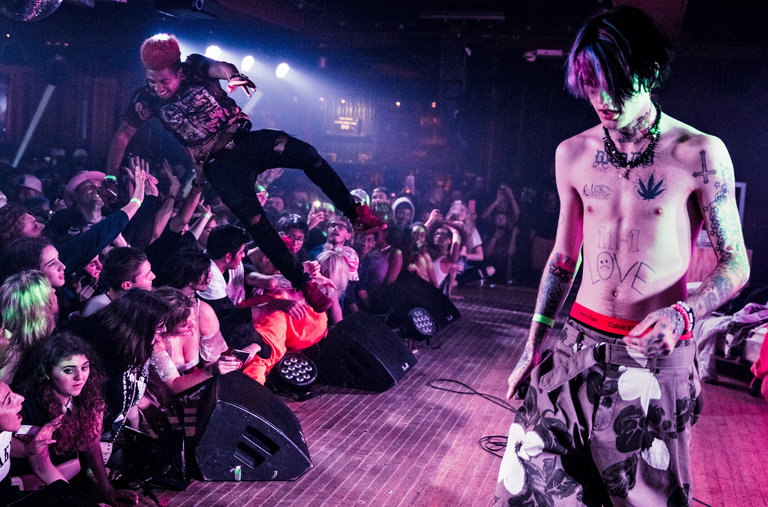 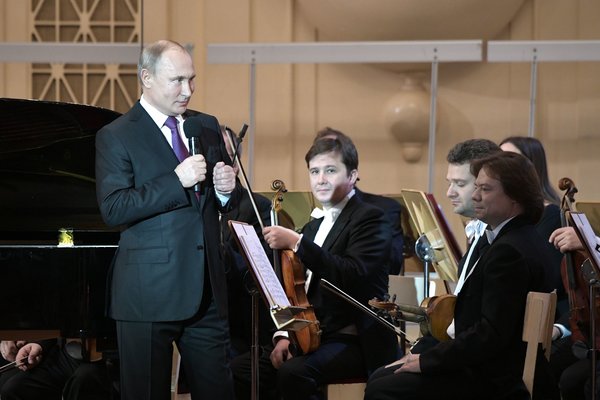 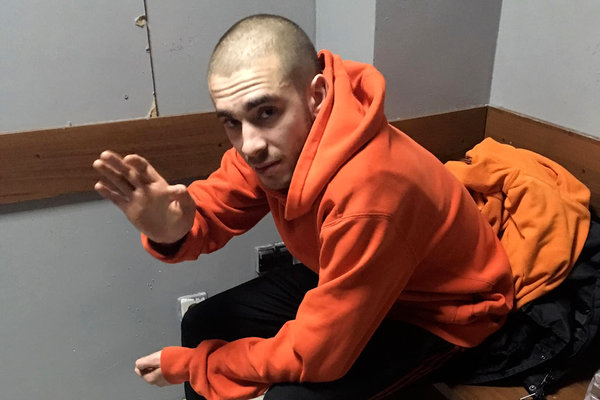 Ivan Nechepurenko has been a reporter with the Moscow bureau since 2015, covering politics, economics, sports, and culture in Russia and the former Soviet republics. He was born and raised in St. Petersburg, Russia. @INechepurenko • Facebook