Universal’s “The Secret Life of Pets 2” and “Dark Phoenix,” an “X-Men” sequel from Fox, led ticket sales at the box office this weekend. But both fell short of expectations.

“The Secret Life of Pets 2” took the No. 1 spot, selling roughly $47.1 million in tickets Friday through Sunday. That was enough to make it the best-attended movie in America this weekend, but it was well under half the roughly $104.4 million that the original “Secret Life of Pets” made domestically during its first weekend in 2016.

The original movie paired a starry ensemble of voice actors (Kevin Hart and Lake Bell among them) with cute animated animals and a serious marketing push. That worked well for Universal and Illumination, the studio also behind the “Despicable Me” series, who turned that combination into a winner at the box office.

While “The Secret Life of Pets 2” wasn’t expected to reach those high figures, it was expected to get closer to the mid-50-million-dollar range.

The sequel brings back many of the characters from the original, including a tabby cat voiced by Bell and a rabbit voiced by Hart. Patton Oswalt voices the central character, Max, a Jack Russell terrier portrayed in the original by Louis C.K., who fell from favor after revelations of sexual misconduct.

Unenthusiastic reviews (the movie currently holds a 54 percent fresh rating on Rotten Tomatoes) and competition in the family-friendly category — particularly from “Aladdin” — presumably contributed to the disappointing figures.

[Read our critic’s review of “The Secret Life of Pets 2.”]

In a fairly distant second place was “Dark Phoenix,” which sold $33 million in tickets domestically this weekend. For some movies, that would be a great figure. But not for an “X-Men” movie that reportedly cost $200 million to make.

By comparison, “X-Men: Apocalypse,” with a reported budget of $178 million, opened to $65.8 million in ticket sales in 2016, without adjustment for inflation.

The studio says that “Dark Phoenix” brought in an additional $107 million overseas this weekend.

The new movie is led by the “Game of Thrones” star Sophie Turner, who plays the titular superhero opposite Jessica Chastain’s alien villain. Critics were not kind to it. “Dark Phoenix” currently holds a 22 percent fresh rating on Rotten Tomatoes, the lowest of any “X-Men” movie. (Second lowest? The 2009 entry, “X-Men Origins: Wolverine,” with 37 percent.)

Then again, critics weren’t particularly taken with Disney’s new “Aladdin,” either, but that movie continues to do well at the box office. Now in its third weekend, the remake landed in the No. 3 spot, with $24.5 million in ticket sales, according to Comscore, which compiles box office data.

“Godzilla: King of the Monsters” was a big-budget disappointment at the box office last weekend, and its sales fell sharply this weekend: The Legendary Entertainment popcorn movie landed in fourth place with $15.5 million.

Rounding out the top five was “Rocketman,” Paramount’s well-received Elton John biopic, which sold around $14 million in tickets during its second weekend in theaters. 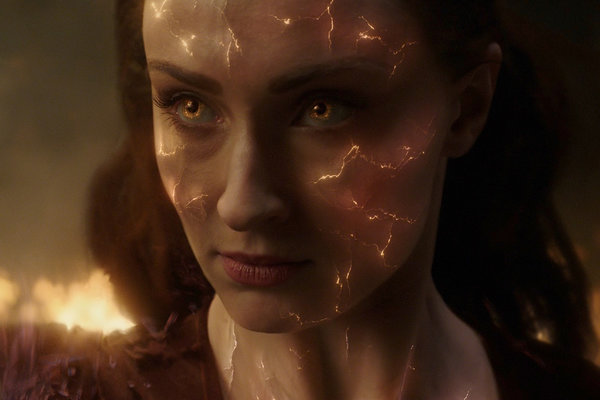 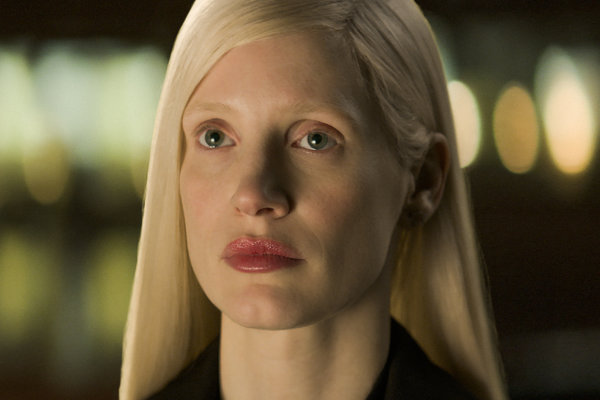 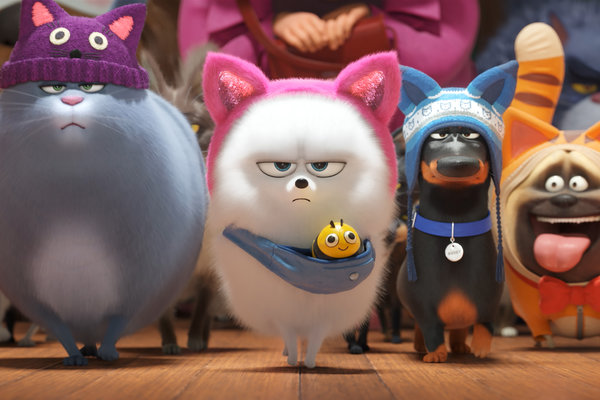