The widely consumed staple is freighted with history, and has as many culinary applications as it does meanings.

A still life inspired by Puerto Rican pegao, the scorched grains that are offered as a treat (often to the man of the house) atop regular rice.Credit…Photograph by Anthony Cotsifas. Food styling by Young Gun Lee. Set design by Suzy Kim

Before there was bread or pasta, much less meat or fish, there was rice. Growing up in Hawaii, Texas and Maryland, I ate rice three times a day: with fish for breakfast; with Spam and nori for lunch; with hamburger or more fish or tofu for dinner. In my childhood, Thanksgiving turkey was served not with mashed potatoes but rice; steak not with frites but rice; scrambled eggs not with toast but rice. (It wasn’t until I went to college on the East Coast that I finally experienced classic American dishes accompanied by their traditional starches.) And it was always the same kind: white, short-grain Japanese rice, polished and glossy, pleasantly clumpy and quick to yield between the teeth, clinging to the chopstick, sticking to the spoon. In adulthood, when rice became a kind of decadence, sacrificed in adherence to a supposedly healthier, definitely less satisfying low-carb diet, the mere scent of it made me wistful — how much easier life seemed before rice became so complicated. 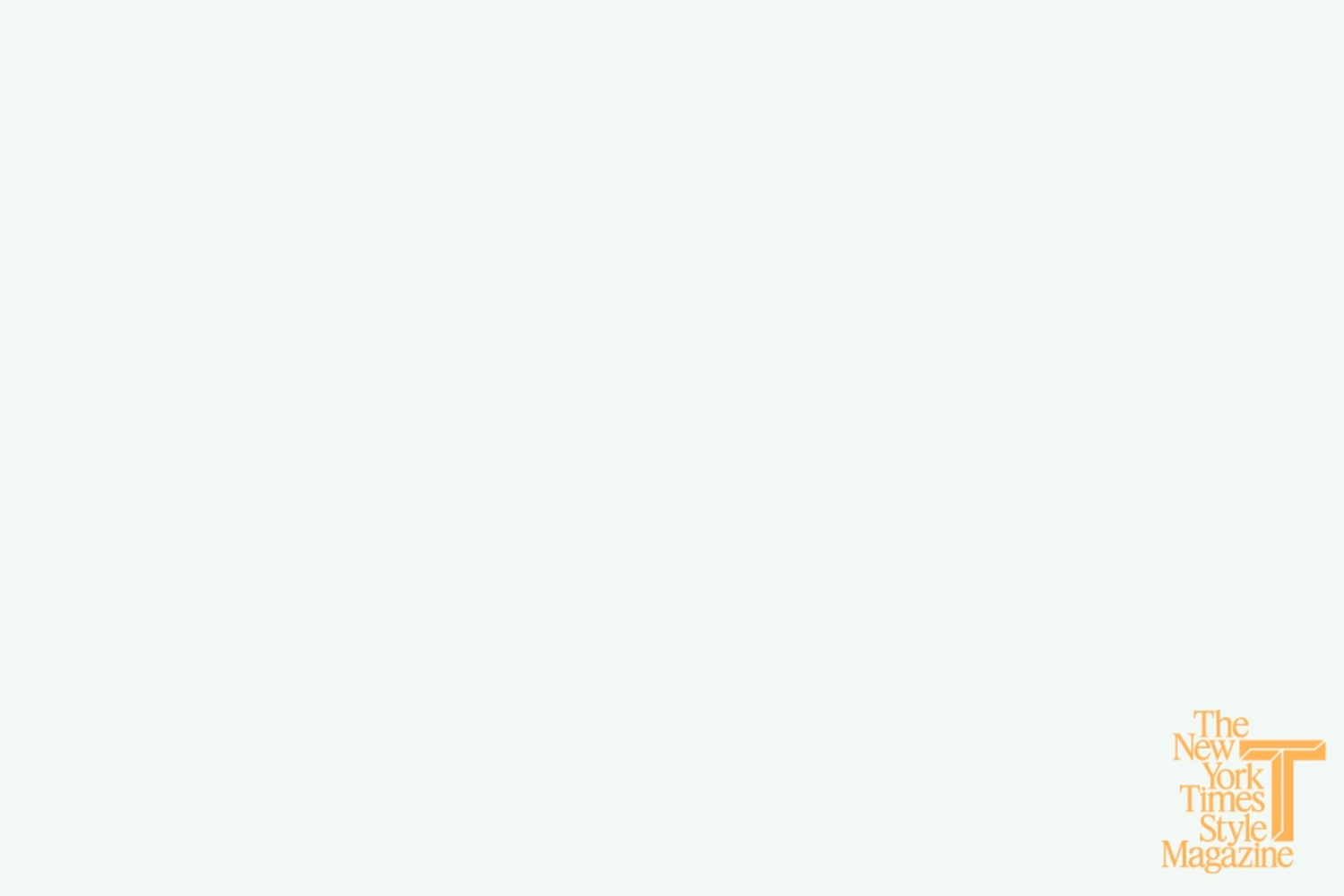 A trip around the world through the lens of a vital grain.

– Tracing Mexico’s history through its ambivalent relationship to rice, a staple inextricable from colonialism.

– When scorched on the bottom of the pot by a skilled cook, rice transforms from bland supporting actor to rich, complex protagonist.

– Mansaf, a Bedouin dish of lamb and rice, is both a national symbol in Jordan and a talisman of home for suburban Detroit’s Arab American diaspora.

– Senegal, which consumes more rice per capita, most of it imported, than almost any other African nation, is attempting to resuscitate homegrown varieties.

Over the past few years, however, I’ve returned to rice, eating it as I once did (if not as often as I once did), with everything from meatloaf to poached salmon. And why not? Much of the rest of the world never abandoned it. After wheat, rice is our most, and most widely consumed, grain and, although it has origins in both Asia and Africa, it’s today difficult to find a culture that hasn’t made it its own, often in recipes that have become synonymous with a regional or national cuisine: risotto in Italy, horchata in Mexico, rice and beans in the Dominican Republic. The fact that, as Aatish Taseer learns on his trip to Oaxaca, rice remains in some places a 500-year-old interloper, its introduction the result of conquest and colonization, fails to diminish our species’ gift for culinary interpretation and resourcefulness. 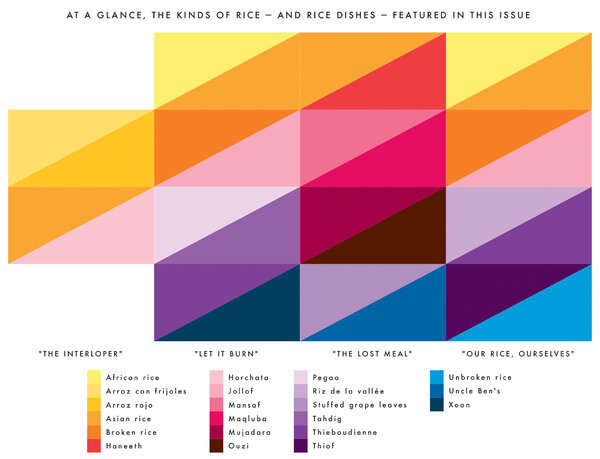 In Senegal, too, rice is a symbol of colonization but also of self-determination; in her story, Angela Flournoy explores the country’s efforts to become self-sufficient in its rice production by reintroducing native varieties, thus lessening its dependence on imports that were introduced in the 1800s. Indeed, few treasured staples are more freighted with history than rice; the story of how, for example, mansaf, an iconic Bedouin dish layering bread, rice, boiled lamb and yogurt, was rebranded as Jordan’s national dish is inseparable, Diana Abu-Jaber writes, from the creation of a “new nation-state that gained credence in the 20th century through its association with nomadic tribes.” It’s a reminder that even the simplest of foods rarely have simple histories, and that the things we seem to have in common are often the result of financial interventions and realpolitik.

We love rice for its adaptability. But we also love it for its essential humility: its ability to get along and go along with anything, to absorb whatever flavors it’s presented with, to grow where it’s planted, to be the helpmate of the culinary world. We love it for its untricky malleability: Once it’s cooked, it can be pounded, puréed, toasted, roasted, fried, dried or baked. It can even, as Ligaya Mishan writes, be scorched; more than a dozen cultures have their own version of burned rice, she notes, though the term is a misnomer — the cook’s skill is in letting the rice brown until it’s almost burned, heightening the grain’s native nuttiness to just before the point of inedibility. Today, many such dishes are associated with special occasions (think of tahdig, the golden crust atop Persian rice), but as Mishan reminds us, such food arose, like bouillabaisse and coq au vin, from necessity, from making the best of what little you had. What was once a food of scarcity has become, in our unequal age, one of rarity, an elevation of something modest. Not that we care, and neither does the rice — all we know is that it tastes good. All we know is that it tastes like home.