Since the advent of social media, celebs have had the opportunity to design and share their own skin-baring photos as they please — but back when magazine spreads were the only outlet for racy content, stars didn’t always have as much control over their image as they would have liked. After all, so much goes on behind the scenes that we have no idea about, and One Tree Hill alums Sophia Bush Hughes, Hilarie Burton Morgan, and Bethany Joy Lenz are now opening up about one sexualized Maxim cover in 2006 of which they were decidedly not a fan.

In the newest episode of their Drama Queens podcast, available Nov 28, the former costars began talking about an episode of their show in which Bush’s character Brooke took photos for Maxim. At the time, production was attempting to bring in more male viewers and asked the three of them to cover the salacious magazine in real life to help with publicity for the show.

“Because Brooke had been so sexualized on the whole idea of this ‘Hometown Hottie,’ I was like, ‘Look, if the girls want to do it, that’s great. I don’t,’” Bush said of her response to the request. “I have gone to battle trying to make Brooke less of this thing that you guys tried to force me into. I don’t want to do it.’”

After making her stance clear, the request turned more into a demand. “I literally got told, ‘If you do not go and shoot this cover with your co-stars, we will guarantee you that you will never be let out for a press day, a movie, an event, any of your charities,” Bush said.

Burton echoed Bush’s claim, saying that she went to the production office where creator Mark Schwahn said, “Look, all the others shows have been on the cover of every single magazine and no one wants you guys. No one wants you and you finally have someone that wants you and you’re really gonna turn your nose up at that?”

“It was very much a, ‘No one else wants you, the studio wants to cancel your show,’” Burton added. “You don’t start to generate some buzz and attract these male numbers, we’re dead and all your friends are going to lose their jobs.’” Talk about guilt-tripping! 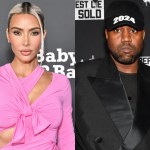 
Kim Kardashian & Kanye West’s Custody & Child Support Settlement Is Typical in Every Way but One: The Price Tag

In the end, Burton, Bush, and Lenz ended up in the cover of Maxim for their November 2006 issue, and their provocative attire (see here) made headlines — exactly as Schwahn wanted. Today, we hope that burgeoning stars have better support on-set to say no to media requests that make them uncomfortable, and stars like the One Tree Hill crew sharing their own experiences is the first step towards making that change.

Before you go, click here to see celebrities who have spoken out about being sexualized too young.