Security is being ramped up in Washington, D.C., as law enforcement officials fear more violence based on a QAnon conspiracy theory alleging that March 4 will be Inauguration Day for Donald Trump.

“You see, Q followers were heartbroken on Inauguration Day, which was supposed to be the day that the ‘storm’ came that would keep their guy actually in office. So they’ve moved the date of the storm — when all the arrests and the celebrities and the Democrats happen — to March 4, which was the date of presidential inaugurations up until 1933. [Imitating QAnon follower] ‘Yes, follow me down the rabbit hole. They ended it in 1933, but add up one, nine, three, three. Add up one plus six, you get seven. What is seven? Three plus four — three, four, March 4th, when we shall march forth! [Whispers] I see patterns where none exist.’” — STEPHEN COLBERT

“How many more times are these people gonna prepare for a victory that doesn’t come? I don’t know who ‘Q’ is, but he’s definitely a Clippers fan.” — JIMMY KIMMEL

“Still, where there’s a will, there’s a way to cash in, because the former president’s hotel in Washington, D.C., has been jacking up prices around March 4. Sounds cynical, but they are offering premium services: If you’re exhausted from travel, you can just call the front desk and ask the concierge to hang Mike Pence.” — STEPHEN COLBERT

“Oh, man, what a grift. Honestly, I don’t even blame Trump. If I was him, I would milk the [expletive] out of this thing. I’d be charging my guests for things that they didn’t even buy: ‘Wait a minute — I never bought the Toblerone.’ [Imitating Trump] ‘I guess the Dems stole that, too. I feel your pain.’” — TREVOR NOAH

“In a way, I understand — the deeper you fall into something, the less you want to admit you were duped, you know? Which makes you even more desperate to keep the fantasy going. I mean, that’s why I’m sure that the next Kanye album is gonna be great again. It has to be great.’” — TREVOR NOAH

“After Texas Governor Greg Abbott announced yesterday that he was lifting coronavirus restrictions, California Governor Gavin Newsom tweeted, ‘Absolutely reckless,’ but I don’t think it helped that he tweeted it from the French Laundry.” — SETH MEYERS

“Businesses are now completely open and even the mask mandate has been lifted, to which most Texans replied, ’What mask mandate?’” — JAMES CORDEN

“Corona’s not over yet. I mean, Texas is still getting over 7,000 new cases a day, but their governor got vaccinated and now he’s like, ‘Get those clubs back open — I’ma get lit. Aw yeah!’” — TREVOR NOAH

“Texans were like, ‘Fix our electrical grid!’ And the governor’s like, ‘OK, no masks it is.’” — JIMMY FALLON

“Plus, I’ve got to be honest: I’m surprised politicians that are so pro-cowboy hat find masks uncomfortable. Maybe it’s my weak neck, but I’d rather wear 100 masks than one of those big old hats.” — SETH MEYERS

Samantha Bee explored whether women can “have it all” during a pandemic. 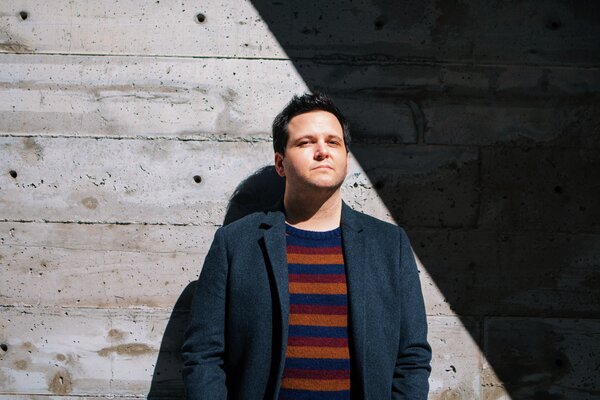 Fans of the magician Derek DelGaudio’s theater show “In & Of Itself” should appreciate all the magic in his memoir, “Amoralman.”