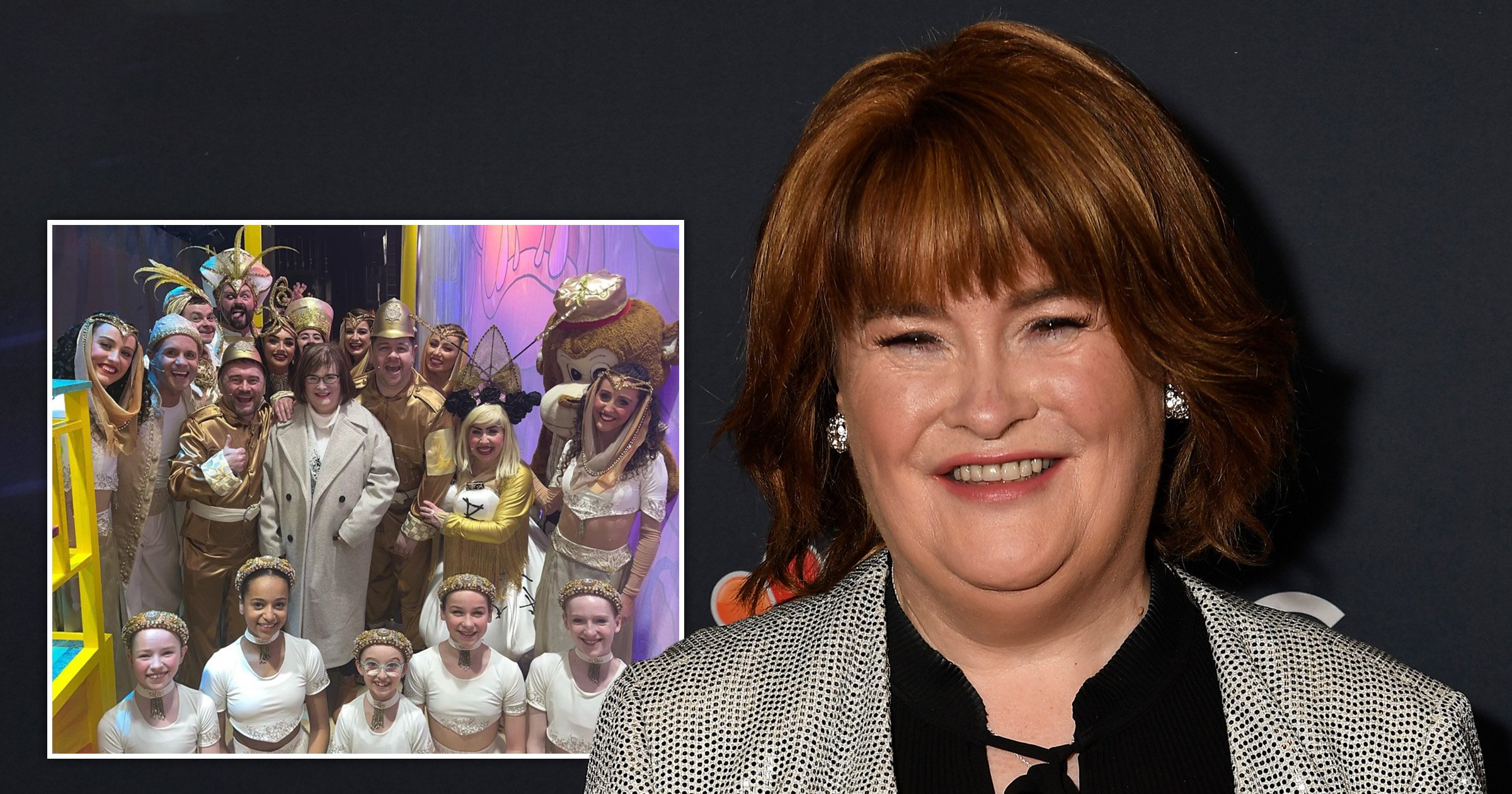 Susan Boyle has delighted the cast of a pantomime in Glasgow as she made a surprise appearance to watch them perform at the weekend.

Despite her stratospheric success, 61-year-old Susan has continued living in the Scottish city, even remaining in her childhood home.

Following the performance of Aladdin at the Pavilion Theatre in her hometown, the former Britain’s Got Talent finalist slipped backstage to pose for a photo with the cast.

Susan opted to wear a white jumper underneath a cream-coloured coat as she smiled alongside the cast of the show, looking lovely with a full face of make-up, including a coating of red lipstick.

The cast of the show looked equally as happy to be in the presence of the star as they all beamed for the camera.

Posting the image to social media, the theatre wrote: ‘Our star guest at last night’s show was Britain’s Got Talent star Susan Boyle! We hope you enjoyed the show Susan.’

Giving further insight to Susan’s night out at the theatre, the Mckechnie School of Dance and Performing Arts added: ‘What a fabulous night in panto land last night. Susan Boyle was in the audience last night at the Pavilion Theatre Glasgow.

‘She absolutely loved it, and laughed the whole night! She said it was so funny and thought all the jokes were hilarious! And of course – the dancing was OUTSTANDING.’

Despite selling millions of records across the globe, Susan revealed back in 2014 that her dream is to star as a villain in a pantomime.

Speaking on Lorraine at the time, she said: ‘I would love to do that. Can you imagine me with wings? I’d also like to play a baddie, like the witch in Snow White.’

Fellow Scottish singer Lewis Capaldi recently opened up on how he had been mistaken for Susan – and he wasn’t too happy about it.

Lewis was responding to a fan who remarked that their dad been quite confused and got him mixed up with SuBo.

Lewis said in response: ‘I dreamed a dream that ppl stopped telling me I looked like women in their 60s.’

The singer could be heard sighing over his track Pointless, which soundtracked his typically bantery TikTok clip.

Holding his head in his hands, Lewis responded to a comment that read: ‘Lewis, my dad saw you on TV and thought you were Susan Boyle.’