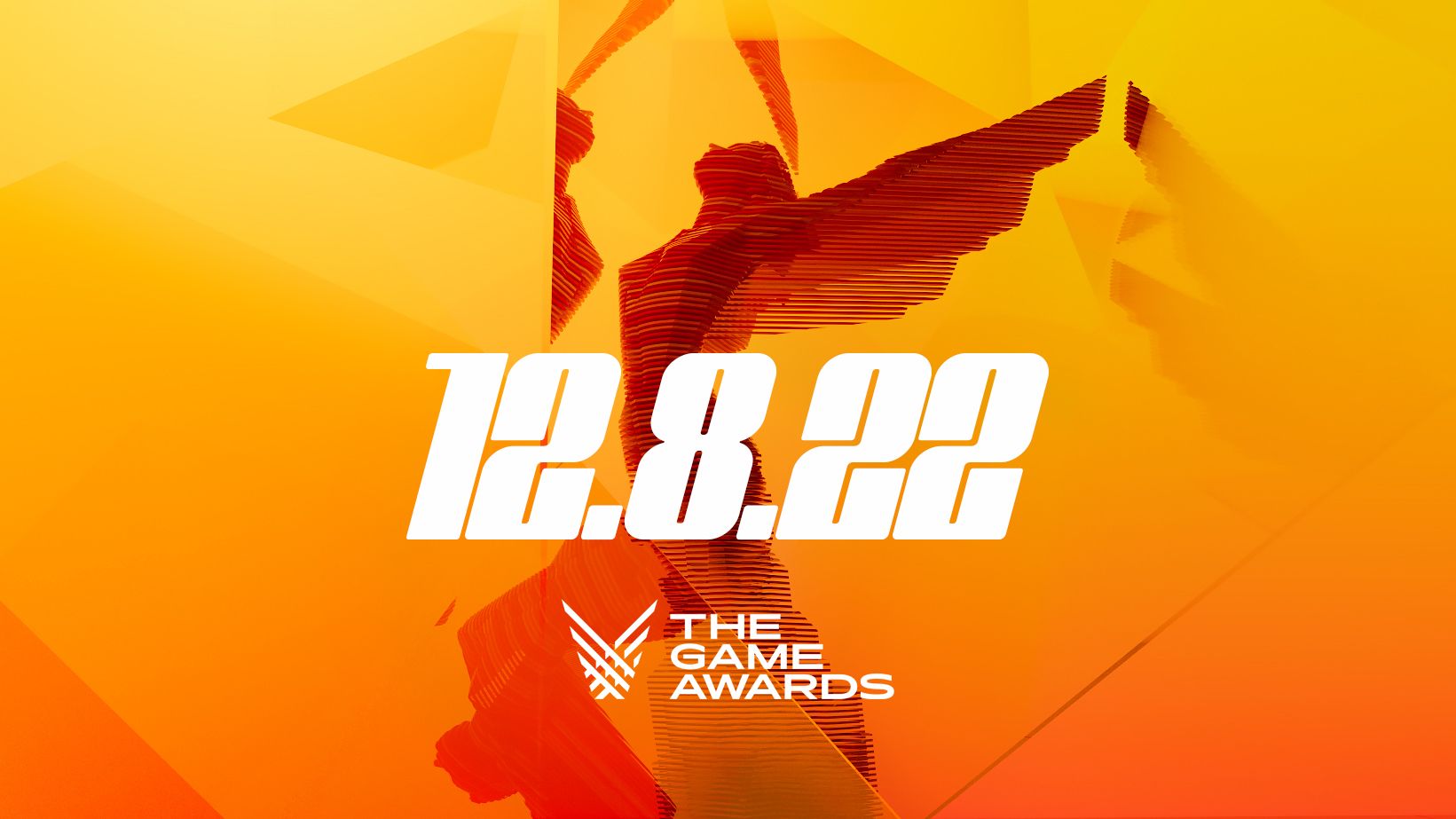 With the show almost upon us, let’s run through all the games confirmed, leaked, and rumoured to be part of The Game Awards 2022.

Despite the name, the main reason people will be staying up to watch The Game Awards isn’t the awards themselves, but to see all the new reveals and announcements.

Surprisingly, there haven’t been as many rumours or leaks this year, meaning everyone will be going in mostly blind, which is ideal for developers and publishers but makes it hard to guess what games will be featured.

That said, a few details have slipped through the cracks, alongside the odd official confirmations. So, let’s run down what we already know and predict which other titles could be planning to reveal themselves.

Tekken 8 was already soft confirmed for The Game Awards back in August, when the official Game Awards Twitter retweeted a new render of series regular Kazuya.

Everyone assumed that would serve as its announcement, only for a trailer to debut at a subsequent PlayStation showcase. The game is still expected to rock up at The Game Awards though, thanks to a tweet telling fans to ‘save the d8’ for Thursday, December 8.

For clarification, that’s considered the official date of The Game Awards, although time differences mean it doesn’t air until the early hours of Friday, December 9 for UK viewers.

A new release date will likely be accompanied by pre-order information and at least two special editions that come with extra cosmetics and/or a real-life statue.

There were rumours of a new Crash Bandicoot game ahead of Xbox’s not-E3 2022 showcase. Specifically, a multiplayer spin-off of some kind, although no such project was formally revealed.

It being a mere coincidence does seem unlikely. The next question, though, is whether Crash 4 developer Toys For Bob is working on a new entry or if Activision has passed it on to another studio.

Sticking with Activision, it’s all but assured that Diablo 4 will pop up during the show, given it’s the perfect place to share a more concrete release date beyond 2023.

In fact, there have been frequent rumours of both a release date and pre-order details being announced at The Game Awards. More recently, an exact launch date of June 5 and listings for two special editions were spotted on the Microsoft store, which were no doubt meant to be saved for the show.

Developer Larian Studios is already confirmed to make an appearance with a world premiere for Baldur’s Gate 3. A teaser trailer was shared on Twitter, but this is probably a mere portion of what will be shown during the show.

Baldur’s Gate 3 has been available as an early access title since 2020, with the full release planned for 2023. So, Larian must have a new release date to share with fans and perhaps some extra gameplay details or news about the console versions.

Death Stranding 2 has been an open secret ever since actor Norman Reedus confirmed its existence (twice!) before Hideo Kojima even acknowledged it.

Although Kojima is busy with an Xbox exclusive, a recent tweet of his sent fans into a fervour, speculating it to be teasing a formal reveal for the Death Stranding sequel.

Considering Geoff Keighley commented on the tweet, something of Kojima’s is almost guaranteed for The Game Awards. Despite the Death Stranding 2 theories, though, it could just as easily be the aforementioned Xbox project, rumoured to be a horror game called Overdose.

Since Silent Hill’s rumoured comeback was proven to be true, Konami fans are hopeful Metal Gear Solid will follow suit. In October, purported evidence was found that Konami had outsourced a Metal Gear Solid 3 remake to Virtuous.

Said evidence consisted of a short piece of footage of a jungle and a Morse code message that translated to the date of The Game Awards, sending fan speculation into overdrive. In the end, though, no one could agree on the video’s legitimacy.

More recently, a Spanish website claimed to have heard talk of a Metal Gear Solid PlayStation 5 remake being announced soon, but they couldn’t confirm if it will be at The Game Awards. Considering Kojima’s presence, anything Metal Gear related would be awkward to say the least, so Konami may wait until later.

A new one here.
sounds like a frequency.
morse code maybe ? #thegameawards hinting at something. pic.twitter.com/jaJhkz4Kop

Capcom’s Twitter account has advised that people tune into The Game Awards, more or less confirming that it will have something to show during the proceedings.

So, clearly, we’re getting the Dino Crisis remake, Ōkami 2, Ace Attorney 7, and Power Stone 3 in one fell swoop, right? Realistically, Capcom will probably be highlighting at least one of the games it’s already announced.

It could be another trailer for the Resident Evil 4 remake or something to do with the PlayStation and Xbox ports of Monster Hunter Rise. The latter seems to be fairly certain, given their recent reveal, but it’s also likely that Street Fighter 6 will show off one or two more playable characters and perhaps a firm release date.

We’re excited to watch #TheGameAwards this Thursday for all the incredible announcements and awards! Make sure to tune in!

Last week, 505 Games and Epic Games teased a reveal for something at The Game Awards, utilising a Michael Madsen cameo and a mystery website depicting a city at night, but they never said what it was.

Presumably the city is called Rockay City, given the name is in the website’s URL, but that doesn’t appear to be a reference to anything, so this is likely a new IP rather than a surprise return of an old franchise.

Between the city setting, Madsen’s involvement, and some choice comments from Keighley and Epic Games, the most common speculation is that it’s for some kind of crime game in a similar vein to Grand Theft Auto.

After all, Madsen has plenty experience portraying criminals and gangsters across movies and video games, including Grand Theft Auto 3 and the first Yakuza title.

To: @geoffkeighley
From: #505Games @EpicGames
Subject: Lost and Found Item

Your number one fan has left something in reception.

Want to come and collect it?

The Last Of Us multiplayer

It’s unclear whether Sony will be showing any new games at The Game Awards but the most likely to put in an appearance is Naughty Dog’s The Last Of Us multiplayer spin-off. Everyone’s known about the thing since it was removed from The Last Of Us Part 2, but it only really came back into the public eye earlier this year.

Even still, Naughty Dog was unwilling to share anything about it beyond a piece of concept art, but there’s no better place to provide a real update than The Game Awards. Especially with the TV series recently getting a proper trailer and airing in January.

In fact, actors Pedro Pascal and Bella Ramsey will be in attendance alongside Troy Baker and Ashley Johnson. That’s a double dose of Joel and Ellie so it’d be a wasted opportunity not to drop new details for the next The Last Of Us game. Unless all Sony has planned is another trailer for the TV show.

If Sony is going to show any other titles at The Game Awards, Spider-Man 2 is the most likely. It’s currently one of only two first party exclusives scheduled for 2023 (the other being the Horizon VR spin-off) and there hasn’t been a single proper update on it since last year’s announcement.

Insomniac has assured fans that development is progressing well and the game’s still on track to launch in 2023, but a new trailer with some gameplay would help put worried fans at ease.

Insomniac’s Wolverine is also reportedly coming along decently. Although Microsoft believes it’s scheduled for 2023 as well, it’s far more likely that it won’t be out until 2025 at the earliest.

Apart from the few confirmed appearances, the only other clues as to what will be at The Game Awards is the celebrities in attendance. That’s why The Last Of Us multiplayer is likely but it’s also why we might finally see something of Hitman developer Io Interactive’s new James Bond game.

At the moment we know absolutely nothing about it, including its release date, and yet for some reason Daniel Craig is going to be presenting at The Game Awards. He’s not Bond anymore, so it could be for an entirely unrelated title (he is, apparently, a fairly keen gamer), but the best bet is that he’s there for Io.

Remember to stop and smell the roses. ð¹ Employees working on Project 007 across our studios recently got together in Copenhagen to celebrate progress, community and creativity. ð¸ Join the fun at https://t.co/0VwiPz6DZT pic.twitter.com/Wivvtq6aRH

Since director Josef Fares has never made a sequel before a follow-up to It Takes Two will almost certainly not be at The Game Awards. The man himself will be though, and that implies a new game announcement of some kind. Especially as he already teased his next game by posting some photos from a motion capture session.

There was no clue as to what the game was, except the vague implication that it was another co-op title. It’s also possible that Fares has been invited purely for the comedy value, since his most famous The Games Awards moment was a strange, sweary rant about the Oscars and his love for EA.

The Legend Of Zelda: Tears Of The Kingdom

Nintendo rarely gets involved with The Game Awards and there’s no indication that it’ll show up this year, but it’s not outside the realms of possibility.

In 2020, the show opened with the Sephiroth reveal for Super Smash Bros. Ultimate, and the 2014 show gave fans a glimpse at the then untitled The Legend Of Zelda: Breath Of The Wild.

Assuming Nintendo only has one game to show at this year’s event, then it has to be Breath Of The Wild’s sequel, Tears Of The Kingdom. It’s easily the most anticipated Nintendo title for 2023 and the company’s likely more comfortable showing it off now than in previous years, since it now has a firm release date in May.

Nintendo, however, loves to move to the beat of its own drum. Despite a Tears Of The Kingdom trailer being the most obvious thing it could do, Nintendo could very easily drop something else, from a brand new game to a release date for the Advance Wars remake (we wish).