This week brought a more in-depth look at post-apocalyptic Boston as well as more details about what exactly has happened to the planet. 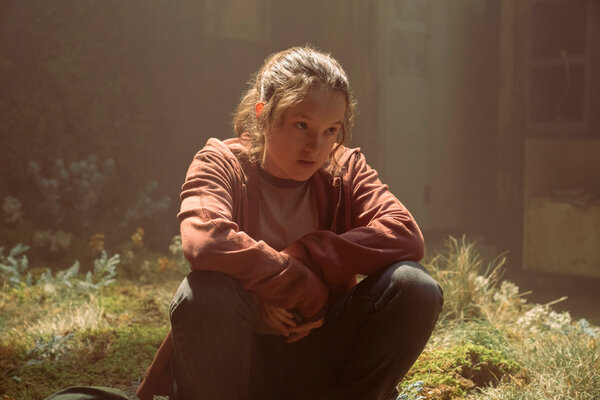 ‘The Last of Us’ Season 1, Episode 2: ‘Cordyceps Ordo Seclorum’

For a few tantalizing seconds in the middle of last week’s “The Last of Us,” we got a brief glimpse at how the post-apocalyptic Boston looks outside the Quarantine Zone. This week features more of a grand tour — and honestly, it’s kind of awesome. A big reason so many people are drawn to movies and TV shows about the End Times is that there’s something both exciting and eerie about seeing the bones of our world, gnarled and repurposed.

As Joel and Tess escort Ellie on what they hope will be an uneventful hike up to a Firefly compound on Beacon Hill, they trek through a crumbling city, where some skyscrapers have collapsed and others have been overtaken by unchecked nature. In Ellie’s first appearance in this episode, she is curled up in a patch of grass, bathed in sunlight, with a butterfly fluttering by. Only when the camera angle changes can we see that she is actually asleep indoors, in one of those rotting old buildings.

Ellie, of course, has never known anything but this. She grew up with it, was shaped by it and — perhaps more than anyone, given her immunity to the dreaded fungal infection — has figured out how to thrive within it.

This episode offers several good “get to know you” scenes for Ellie, who was initially introduced as a sassy detainee, aloof and angry. She’s still sassy this week, teasing Joel and Tess about their plague-paranoia at one point by pretending to twitch like an infected person. But she also makes amusingly dry little jokes. (Asked where she learned to juggle a sharp knife, she cracks, “The circus.” Told that their path to Beacon Hill can go “the long way” or “the ‘we’re dead’ way,” she replies, “I vote ‘long way,’ just based on that limited information.”) Because she talks incessantly, by the time the travelers hit their first big roadblock, she has explained a lot about what her life has been like up until now: spending her days in classes with the other QZ kids, learning about the culture they can’t see firsthand and spending her free time exploring the places she’s not supposed to go.

This is also in some ways a “moving pieces into place” episode, establishing more details about what the heck has happened to the planet Earth, while getting the characters to the next big pivot-point in the story — which will see Joel and Ellie leaving Boston on their own, with no Fireflies and no Tess.

Inside the Dystopian World of ‘The Last of Us’

The post-apocalyptic video game that inspired the TV series “The Last of Us” won over players with its photorealistic animation and a morally complex story.

Once again there is a pre-opening credits prologue, set in Jakarta in 2003, revealing the origins of the mayhem we heard about on Joel’s radio in Austin last week. A professor of mycology, Ibu Ratna (Christine Hakim), is brought in by the government to examine the corpse of a woman who had gone on a murderous rampage under the apparent influence of “cordyceps” — a mushroom with bad vibes that is generally unpleasant to be around. The doctor warns there is no medicine for this, and that the best remedy is to bomb any city where the fungus takes hold.

This is what happened in Boston, where the bombing “worked,” inasmuch as the government was able to stop the spread long enough to establish a safe area. But as Joel and Tess explain to Ellie — who only knows about the plague from what she has read in books and heard through the grapevine — there are still large numbers of mindless infected killing machines all across the city, writhing on their bellies in the streets in order to stay connected to an underground fungal network. And as they also explain, while Ellie may be the one person who can’t be “turned” by one of these humanoid beasts, “You’re not immune from being ripped apart.”

So, with the risks well-established, this taut, tense episode follows what is meant to be a simple mission: Ellie is to be delivered to the Fireflies, who will then take her to a base out west to be a resource for a potential humanity-saving vaccine, while Joel and Tess will receive a gassed-up, battery-charged truck that they can use for their own personal business.

An important point to keep in mind: Joel in particular has no altruistic impulse here. He would hand over Ellie to authorities in an instant if they offered a similar reward, or if he had to do it to save his own life. He has no bond with her — at least not yet. There is a scene about halfway through this episode when Tess leaves the other two behind to scout for a pathway behind some rubble, and Joel and Ellie’s awkward conversation is almost painful to witness.

Not long after this moment, the plan goes haywire. When “the long way” proves impassable, the trio tries to sneak through an old museum, and in the process they awaken the mushroom hordes. Much of the second half of this episode features a nail-biting scramble through the Boston ruins, as everything previously mentioned about the monsters — including their ability to communicate via the ground — comes into play.

When the gang does reach the Fireflies’ base at the gold-domed Massachusetts State House, they discover that everyone they were supposed to meet there has either been infected or slaughtered. Even worse: Tess herself was bit during one of their narrow escapes. She sacrifices herself by blowing up the capitol building, keeping the creatures at bay long enough for Joel and Ellie to get clear of the danger.

There is some symbolism in this explosion, which destroys a classic piece of American architecture. In fact, throughout the episode, our heroes end up trashing a lot of the past. They knock over antiquities when they scramble through a museum, and it seems like with each step forward the road behind them closes off. In other words, there is no returning to the way things were. All that matters is what Tess says before she dies: “Save who you can save.” That’s “who” — not “what.”

Given how amazing this show’s devastated cityscapes look, let us throw some praise to the director Neil Druckmann, the cinematographer Ksenia Sereda and the camera crew for framing up some nice low-angle shots, giving Alex Wang’s visual effects team a proper backdrop to fill.

The fungal origin of this zombie-style apocalypse has also inspired some spectacularly creepy imagery, from the tiny tendrils that snake out of the infected’s mouths to the darkness-dwelling creatures whose heads look like split mushrooms. Even in the Jakarta prologue, the first real sign that something isn’t right is when the professor cuts into a subject’s leg and no blood spills out — only a fibrous white substance. Ick!

As someone who is perhaps unduly fascinated by what TV and movie characters eat, I hope we get more scenes like the one in this episode where Joel and Tess gnaw on bone-dry jerky while Ellie gets to enjoy a huge, moist chicken sandwich, smuggled into the QZ for her because she’s so special.

And so we say farewell to Tess — and to Anna Torv. I shall miss them both. As a “Fringe” fan who wrote reviews for nearly every episode of that series way back when, I had missed seeing Torv on my TV; and Tess was a character worthy of her talents, capturing her gift for playing tough ladies with bruised souls.