Everybody’s Talking About Jamie and Six will become the first musicals back in the West End in mid-November, eight months after the curtain came down.

They will hit the stage three weeks after a string of non-musical shows reopen London’s theatre district.

The Play That Goes Wrong, Agatha Christie’s The Mousetrap and Adam Kay’s This Is Going To Hurt will all admit socially distant audiences in October.

Venue bosses said “robust risk mitigation” would be in place.

They include reduced capacities, contactless tickets, temperature tests and deep cleans, as well as hand sanitation, face coverings and track and trace. 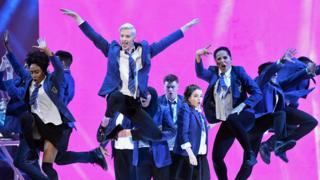 The producers of Six, the hit show about Henry VIII’s wives, will take a separate cast to The Lowry in Salford from late November.

The musical had been due to be staged in the Greater Manchester venue’s 450-capacity Quays theatre over Christmas, but will move into the complex’s 1,700-seater Lyric in order to accommodate all ticket holders while ensuring social distancing.

The queens will hit Salford two weeks after they return to the West End at another Lyric Theatre – on Shaftesbury Avenue – on 14 November.

Promising more legroom as one positive consequence of the new set-up, she added: “We’re taking out some of the rows. We feel very sure that we’ll be able to keep this venue safe for our audiences.”

Most of the shows that have announced their reopening plans so far will be staged at Nimax venues.

Everybody’s Talking About Jamie will resume at the Apollo on 12 November, but the group’s biggest production – Harry Potter and the Cursed Child at the Palace – will not return until at least February.

“It’s impossible to open a large show with social distancing,” Burns said. “These shows are very, very expensive and you simply can’t meet your weekly costs. So we have to do smaller shows.”

The company said it would be operating at a loss after the furlough scheme ends at the end of October.

“We looked at the financial and human cost of large-scale redundancies,” a statement said. “We preferred to put the potential redundancy monies towards employment rather than unemployment.”

The Nimax plans will save 355 jobs. Separately, Six’s producers said the two productions in London and Salford would account for 100 jobs. 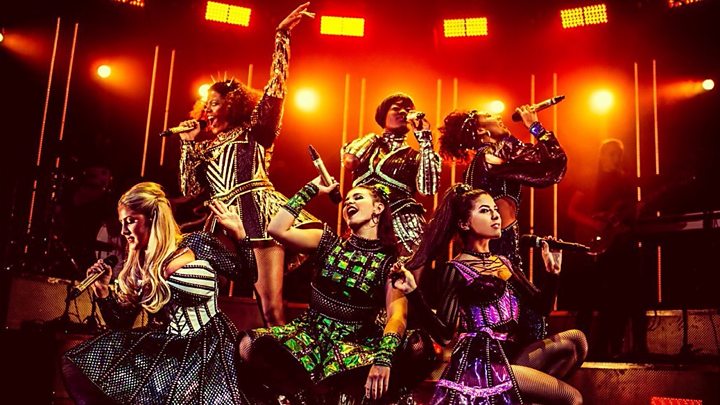 One of the producers, Kenny Wax, called for news from the government about insurance and a date to welcome audiences without social distancing.

“We’re desperate for some news on a government-backed insurance scheme, which would enable the bigger shows to open,” he told BBC Breakfast.

“That’s one of the answers, and the second is the crucial thing, which is stage five of [Culture Secretary] Oliver Dowden’s five-point plan, which is no social distancing. Those two things are the things that are going to get all of the West End back open, which of course drives tourism and the economy.”

A smattering of theatres have already reopened, including the Troubadour in Wembley, north London, where a musical based on the film Sleepless In Seattle had its world premiere in August.

But Andrew Lloyd Webber recently told MPs it was economically “impossible” to run theatres with social distancing, while fellow theatre impresario, Sir Cameron Mackintosh, said in June that shows including Hamilton, Les Miserables, Mary Poppins and The Phantom of the Opera would not return to the West End until 2021.