MR. IGLESIAS Stream on Netflix. “You’re always right! You’re worse than my ex!” Gabriel Iglesias’s high school teacher character says that during the first episode of this new series — and he’s talking to one of his students. Iglesias, the comedian and actor whose most recent comedy special, “One Show Fits All,” debuted on Netflix earlier this year, stars in the lighthearted comedy show. He plays a teacher who takes students under his wing and helps them survive in a high school with a malevolent assistant principal (Oscar Nunez). The actress and comic Sherri Shepherd plays the school’s principal. 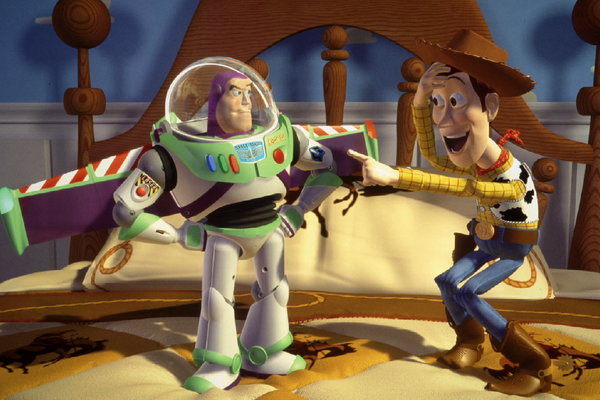 TOY STORY (1995) Rent on Amazon, Google Play, iTunes, Vudu and YouTube. The release this weekend of “Toy Story 4” is bound to further antiquate this original entry, which was introduced to a large number of families by way of VHS tape. But there’s a reason this movie turned Pixar into a filmmaking juggernaut. When it hit theaters the mid-90s, Janet Maslin, in her review for The New York Times, called it “a parent-tickling delight.” And its expressive, animated toy stars — the bendy cowboy sheriff Woody (voiced by Tom Hanks) and the shiny spaceman Buzz Lightyear (Tim Allen) — were unlike anything people had seen before. “Woody did this thing with his eyes,” Pixar’s chief creative officer, Pete Docter, recalled in a recent interview with The New York Times, “which was nothing I’d ever seen in hand-drawn animation. The subtlety of these little eye-darts that were very indicative of an inner life, these thoughts racing through Woody’s head. Everybody’s hair stood up. You know, oh my gosh, this is a new discovery.”

WILDLIFE (2018) 5:45 p.m. on Showtime. Set in a stylishly imagined Great Falls, Mont., in the 1960s, this directorial debut from Paul Dano revolves around a family: Jeanette (Carey Mulligan), Jerry (Jake Gyllenhaal), and their teenage son, Joe (Ed Oxenbould). After Jerry loses his job, he decides for reasons left partly unknown to take a job as a firefighter in the nearby mountains. This requires him to be gone for a chunk of time. His absence becomes the story’s backdrop, as Joe and Jeanette deal the change in their own ways. “The entire cast does exceptional work (Oxenbould is an exciting find), but the movie is anchored by Mulligan, who gives the best performance of any I’ve seen in film this year,” Glenn Kenny wrote in his review in The Times last year. “Dano’s direction is meticulous in every respect,” he added, “which enables him to keep the characters at a remove that is both cleareyed and compassionate.”

THE SPONGEBOB MOVIE: SPONGE OUT OF WATER (2015) 7:30 p.m. on Nickelodeon. Save for the touring production of the “SpongeBob Musical,” this hybrid animated and live-action SpongeBob SquarePants tale is the closest you’ll get to seeing the famous sponge-person in the flesh.