How to navigate when you should and shouldn’t hug someone — and how not to hold on too long. 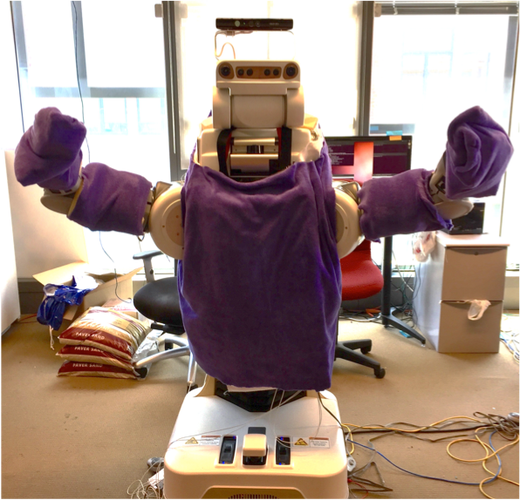 Alexis Block was worried that the robot she’d built was malfunctioning. She was testing the optimal hug duration for her “HuggieBot 1.0,” a purple-furred, on-demand squeeze machine. Ms. Block had built pressure sensors into the machine’s torso, so if the human tester tapped or squeezed the robot on the back, it let go. But this hug was going on and on. “I worried that the pressure sensors were malfunctioning,” she said.

Her palms began to sweat (getting stuck in the clutches of a giant robot is no one’s idea of a good time). But then, the hug ended, and the HuggieBot released its test subject. When Ms. Block, who is working toward her Ph.D. at the Max Planck ETH Center for Learning Systems in both Stuttgart, Germany and Zurich, Switzerland, asked the subject if something had gone wrong, he surprised her by explaining that he had wanted the hug to last a long time. “He said, ‘I just needed it, and the robot wasn’t going to judge me.’”

As the weeks of coronavirus quarantine stretched into months, hugs are among the many things isolated people found themselves aching for. Hugs are good for humans — perhaps more valuable than many of us realized, until we found ourselves missing them.

Research has shown that hugs can lower our cortisol levels during stressful situations, and can raise oxytocin levels and maybe even lower our blood pressure. A 2015 paper published in Psychological Science even found that study subjects who got more hugs were less likely to get sick when exposed to a cold virus than those who weren’t hugged as often.

“The need for human contact is extremely profound,” said Judith Hall, a psychology professor emerita at Northeastern University who researched interpersonal touch at the university’s Social Interaction Lab. But whether to hug someone or not sometimes seems fraught.