AMSTERDAM — Two teacups sit on the windowsill of an Amsterdam apartment. Behind them, out the window and across the street, can be seen a blurry crowd of men, women and children who stand nervously, with bags packed on the sidewalk. It is June 1943, and this is a photograph of Jews who have been rounded up and are awaiting deportation to Nazi concentration and death camps.

Who took this photograph, and why?

Taking a snapshot like this could have resulted in arrest for someone during the German occupation of the Netherlands. But still, Dutch citizens took them as they witnessed their Jewish neighbors being forcibly removed from their homes, put on trains and sent to camps, where 104,000 were killed. 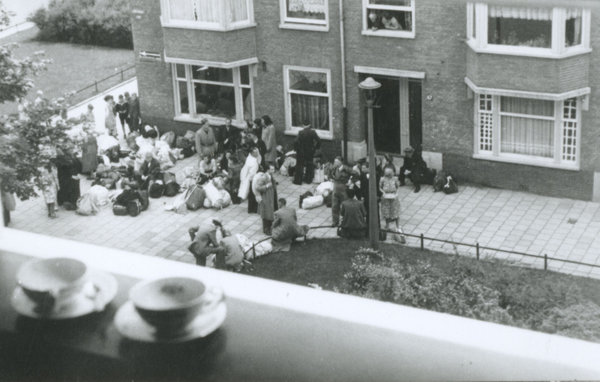 “Teacups” is one of the disturbing images in an exhibition called “Persecution of the Jews in Photographs: The Netherlands, 1940-1945” that runs through Oct. 6 at the National Holocaust Museum in Amsterdam. The display will then move to the Topographie des Terrors, a documentation center in Berlin, from late October to April 2020.

René Kok and Erik Somers, World War II researchers at the NIOD Institute for War, Holocaust and Genocide Studies in Amsterdam, spent eight years assembling some 400 photographs for a book on the subject, and along the way, they decided to present a selection of them in exhibition form.

“People are so moved by these two innocent teacups,” Mr. Kok said in an interview. “Those people who took that image were very nervous.” The researchers were able to identify many of the details about the photographed raid and some of those pictured, who were sent to the Westerbork transit camp that day, but the identity of the photographer remains a mystery.

Mr. Somers said in an interview that most of the images of Jewish persecution that had previously been exhibited were taken by those doing the persecuting: Nazi occupiers documented their activities for leaders in Germany, while Nazi sympathizers used photographs of Jewish people to accompany articles in decidedly anti-Semitic pamphlets.

The exhibition in Amsterdam presents such images, but it also offers photographs by bystanders, school and wedding pictures, and a handful of shots by professional Jewish photographers in hiding, such as Maria Austria and Henk Jonkers, who documented what they could.

Judith Cohen, director of the photography archive at the United States Holocaust Memorial Museum in Washington, said in a telephone interview that bystanders’ pictures spoke to one of the main questions about the murder of Jews in the 1940s. “We all know the who, what, when and where of the Holocaust, but the why is a mystery still,” she said. “The why is, ‘What were ordinary people thinking? What were they doing?’ If you can get bystander photos, that explains a little bit of the why.”

One of the most moving images in the exhibition is a portrait of children, ages 4 to 17, taken in the courtyard of a Jewish school in the Dutch city of Deventer in September 1942. All the children over 6 are wearing the Star of David on their clothes.

The photograph was lost for decades, covered up when its frame was used for a painting. In 1998, the painting was removed from the frame to reveal the group portrait underneath. An organization in Deventer then did extensive research to identify the children. Only one of them is believed to have survived the war.

The images in the show span the early days of the occupation through the horrifying denouement of the war. In the summer of 1942, a professional photographer took a portrait of his neighbor, Vrouwtje Blitz-Kleinkramer, then 76, seated in front of her house on a wooden bench. The only ominous sign is a Star of David stitched into her dress. Within two months, on Sept. 14, 1942, Ms. Blitz-Kleinkramer and her husband would be murdered in Auschwitz.

Many of the photographs feature people going about ordinary lives, walking through the central Dam Square in Amsterdam or riding bicycles past the Rijksmuseum. Looking at the images now can give the viewer a chilling feeling of impending doom.

“We must keep in mind that nobody knew how it would end,” she said, “so for a long time, people thought, as bad as it is that we have to wear Jewish stars, we might go on with daily life.”

But, she added, “Once Jews were being rounded up, you didn’t want to be photographed because that would be a death sentence.”

Only four witness photographs are known to exist of the Nazi extermination camps, and they were taken in August 1944 at Auschwitz-Birkenau, most probably by a Greek prisoner, Alberto Errera, who was later killed by a guard. The negatives were smuggled out of the camp in a tube of toothpaste. No one knows how Mr. Errera got the camera, and the images are blurry, shot hastily at an angle. They show naked women and burning piles of dead bodies.

A controversy erupted in the Dutch news media about the images, after Emile Schrijver, the general director of the organization that runs the National Holocaust Museum and other Jewish cultural sites in Amsterdam, decided that the photographs would not be included in the show, an exclusion that Mr. Kok and Mr. Somers, the NIOD researchers, opposed. Mr. Schrijver said in an interview that the photographs did not fit in an exhibition focused on the persecution of Dutch Jews, because the subjects were known to be from Hungary.

Three of the four photographs are also already on display across the street at the Hollandsche Schouwburg, a Holocaust memorial, where they are part of a larger exhibit that explores brutal, humiliating or otherwise difficult imagery of the mass extermination.

“If we are going to show images like these, the context has to be 100 percent historically correct,” Mr. Schrijver said. “We’re not afraid to show them, but we feel we show them in the context that we believe is necessary, which also contains a discussion on how to deal with them.”

The images will be included when the exhibition moves to Berlin.

The Amsterdam iteration does have another image, perhaps even more harrowing, of a 7-year-old boy walking past hundreds of emaciated, dead bodies near the entry of Bergen-Belsen, shot by the English war photographer George Rodger just after the British liberated the concentration camp in April 1945.

After the image was published, the boy was identified as Simon “Sieg” Maandag, an Amsterdammer, by his uncle, who was in New York. The photograph led to the reunification of Sieg with his mother and sister, who had also survived the war. 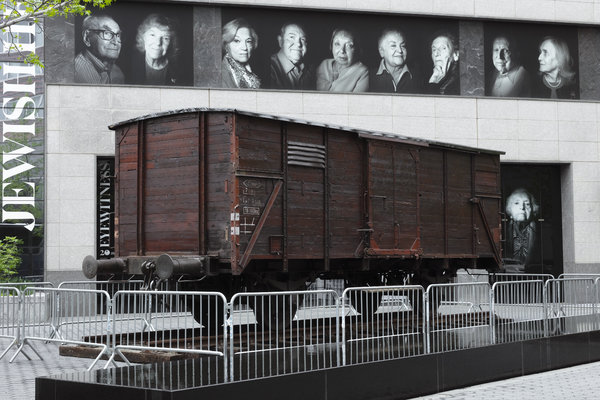 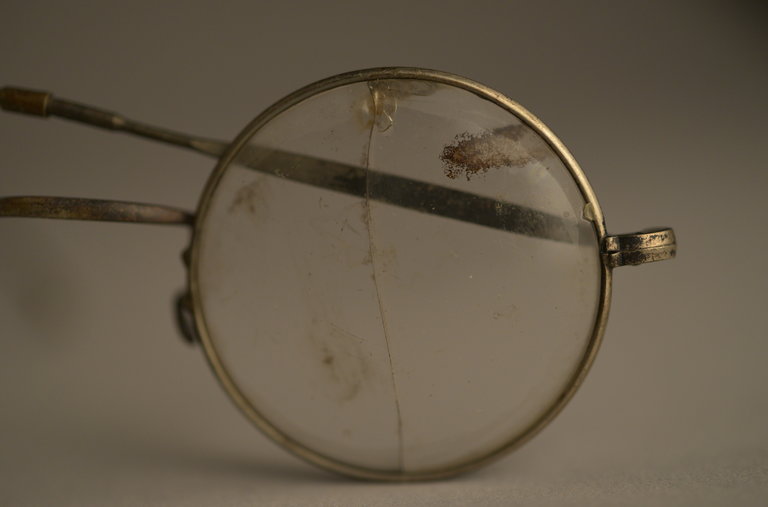 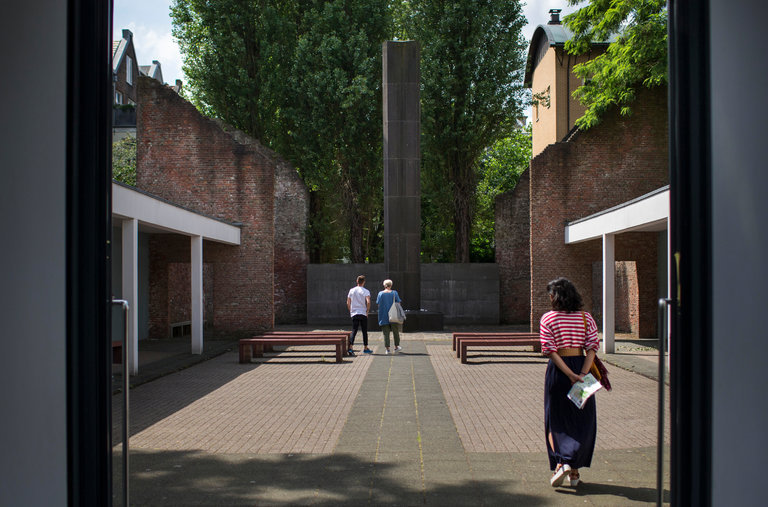