Two days before the release of her new Netflix film, ‘He’s All That,’ Addison Rae attended a special screening for the movie in a stunning white look.

Addison Rae will make her acting debut in the upcoming He’s All That movie, and she was on-hand for a special screening of the film on Aug. 25. Addison hit the red carpet at the event, wearing a flirty white dress with a low-cut neckline and cutout underneath her chest. She completed her look with old-Hollywood style curls, featuring a side part and heavy volume. Her makeup look included light eye shadow, heavy mascara and a neutral pink lip. 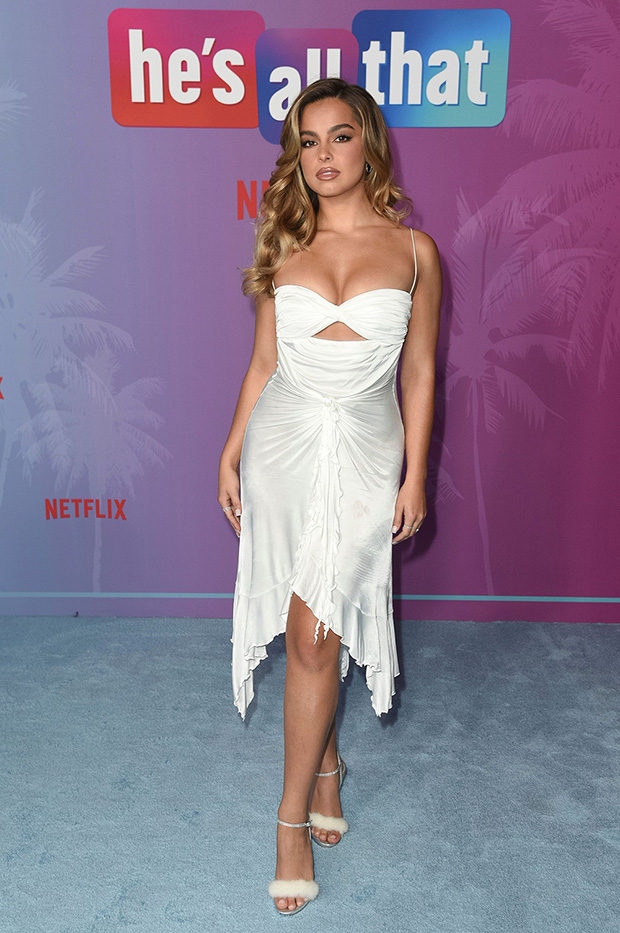 In addition to posing for solo photos on the red carpet, Addison also took some pics with her co-star in the film, Tanner Buchanan. He’s All That is a remake of the 1999 movie, She’s All That, which starred Rachel Leigh-Cook and Freddie Prinze Jr. In the original, Freddie’s character made a bet that he could transform the nerdiest girl in his high school (Rachel’s character) into the prom queen. This time around, it will be Addison’s character who’s tasked with making the nerdy dude (Tanner’s character) into prom king.

Addison and Tanner have already proven that they have great chemistry. Back in May, they presented the award for Best Kiss at the MTV TV & Movie Awards. Before handing out the honor, they even shared a kiss onstage themselves! However, there is nothing romantic going on between these two behind-the-scenes. In fact, Addison recently went public with her relationship with Omer Fedi earlier this month. 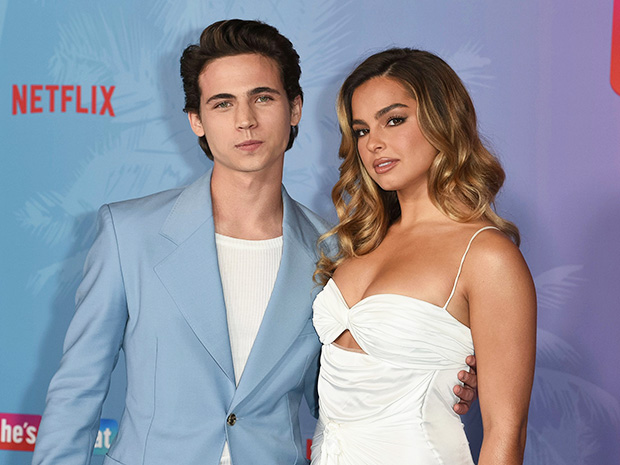 Addison’s real-life bestie, Kourtney Kardashian, also makes a cameo in He’s All That, although she did not hit up the screening with the TikTok star. Meanwhile, Rachel Leigh-Cook is returning for a role in the movie — she plays Addison’s mom! He’s All That will be streaming on Netflix beginning Friday, August 27. The movie also stars Madison Pettis, Peyton Meyer, Myra Molloy and Isabella Crovetti.