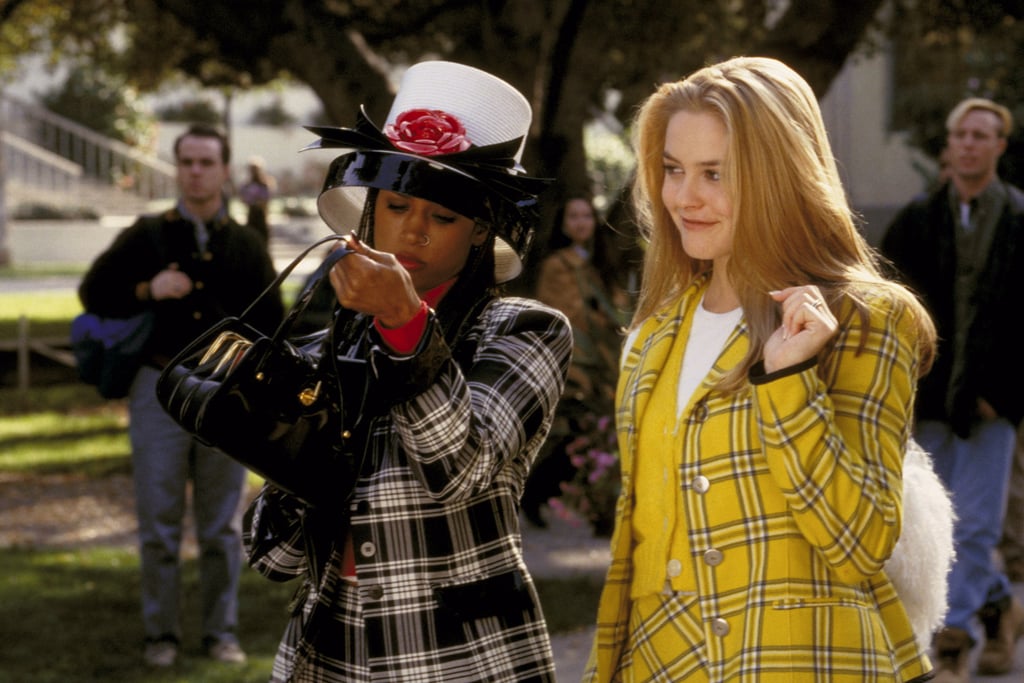 Alicia Silverstone Shares the Story Behind Her Most Iconic Clueless Look: “The Clothes Are Everything”

I bet you can’t think about Clueless without thinking about Cher Horowitz’s yellow plaid skirt suit. Decades later, we’re all still talking about it — and still dressing up in it. And that, friends, is the definition of an iconic look. In a new video with Vogue, Alicia Silverstone shared the details behind the movie’s most memorable costume, despite the fact that, as she reveals in the interview, she wore a whopping 64 looks in the movie.

Alicia described the choice costume designer Mona May made selecting the yellow suit for that first glimpse of Cher walking her high school campus. Complete with a cardigan, white knee-highs, and white patent Mary Janes, the yellow Dolce & Gabbana plaid skirt and blazer is a “nod to a schoolgirl uniform, but in an elevated, chic, very high-fashion way.” It also works to immediately set the tone for the movie and transport you to Cher’s world, because, as Alicia notes, “it’s so absurd . . . because that’s not how kids dress to go to school. It’s just not, but somehow it just feels right and it works.”

Reflecting on the iconic style moment, Alicia recalled that there were two different-colored outfits in the running for this important scene, but the sunshine-yellow beat out a red-and-blue version of the same look. The result is an ensemble that both borrows from the grunge style moment that was happening in the early ’90s — and all around Cher at school — but is also a stark contrast. And while Alicia did get real about her frustrations with the many, many fittings required of her on set (don’t worry, she’s not totally buggin’), she was also quick to acknowledge how much they mattered: “The clothes are everything. The clothes are the star of the film.” Twenty-five years later, and we can hardly disagree.

Read on for the full interview and a closer look at the outfit we’ll never forget.