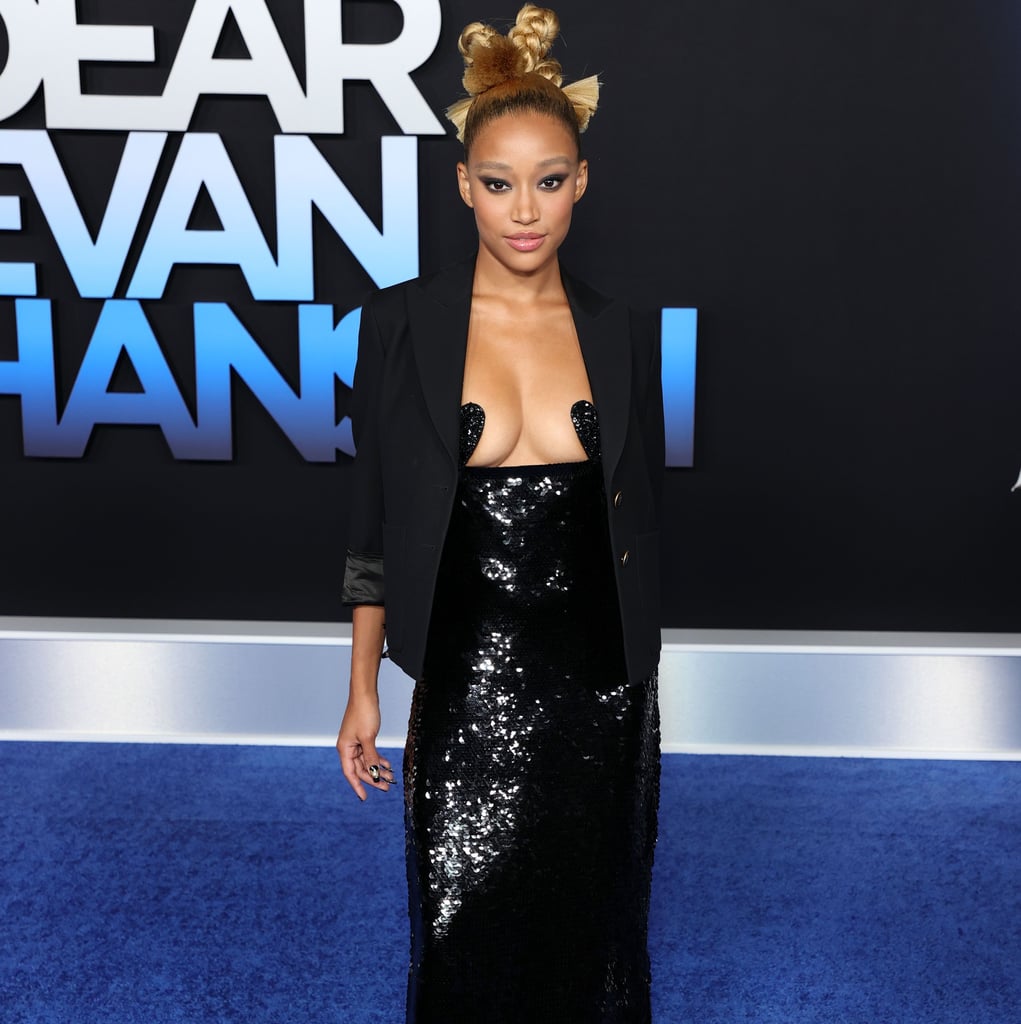 Amandla Stenberg has reached for Gucci during the press tour for Dear Evan Hansen, and we’re really not surprised. Amandla has a penchant for daring red carpet looks, and she pulls them off with confidence every time. Some of Gucci’s most talked-about pieces in recent history were included in the pre-fall 2021 collection, and, for the movie’s Los Angeles premiere on Wednesday, Amandla went for the nipple-pasties sequined dress, which was originally teamed with bicep-length, fingerless gloves and nothing on top for the fashion house’s lookbook.

Amandla, however, went a different route, choosing to layer a wool Gucci blazer on top of the slinky number to add sophistication. Their metallic embellished heels still picked up on the glimmering sheen of the skirt, and their smoldering eye makeup and pinned-up braids brought some edge. While the Gucci nipple pasties might be something many of us look at as costume-like or pretty impossible to wear, Amandla carried the trend with elegance, standing out among her costars for this special moment. Ahead, get an all-angles view of Amandla’s latest head-to-toe Gucci outfit.