Arizona Muse sees a solution to climate change in regenerative farming, which inspired her charity campaign, Dirt. Launched on June 24, the model-activist’s organization is dedicated to the practice of regenerative agriculture known as biodynamic farming, a chemical-free method of crop rotation that promotes biodiversity and restores the balance of nutrients in soil.

Much, if not all, of the earth’s readily exploited resources are derived from soil, including the fashion market’s most coveted wool, hemp, cotton, and leather. A successful transition to biodynamic practices could mean a successful leverage of sustainable material within the fashion industry. Muse’s charity aims to fund this transition by raising awareness and demand for the practice through organizational partnerships and educational initiatives. She ultimately hopes to increase the number of biodynamically managed farms across the globe.

Here, we chat with Muse about her goals for Dirt and the role of biodynamics in both climate and fashion.

Discussions around sustainability are becoming increasingly central to many brands. Where was your starting point with sustainability?

Why biodynamic farming over other means of regenerative agriculture?

It’s a really deep practice—it’s not just about crop rotation, but also about being in relationship to the land, where the farmer gets really involved in setting their intention on the farm and getting to know the land and feeling very part of it. It feels really similar to indigenous ways of farming in that sense, and it’s very respectful of those traditions. Biodynamics, unlike current farming practices, acknowledges the invisible and intangible forces that govern life on this planet in ways that [modern] science will and could never, because science doesn’t measure non-physical things. So it ignores it, but biodynamics goes, “No, no, it’s there,” and they also acknowledge this in farming, the vital force within the plants.

What are some plans for increasing the demand for biodynamic practices in the fashion industry that have resonated with you most?

There was a wonderful project in Egypt, which has a big cotton farming network of biodynamic farmers, and is re-creating the desert in Egypt by using biodynamic farming methods to encourage moisture to stay in the soil all year round. If the fashion industry got behind this network of farms, it would be so powerful. They could do their work so much faster, and so many more farmers would be interested in transitioning into biodynamics, because there was a big market demand for the content that was produced.

Would you say that having a platform like you do could sway what others deem important or fashionable, such as sustainable clothing?

Definitely. We have a big stigma to break in the sustainable front side of the fashion industry, around sustainable fashion being a bit scratchy and uncomfortable and something you do because you’re being a good person, but not because you’re choosing your favorite thing. [Fashion] really just happened to be a certain way, and I just think that was so unfortunate that happened. It could have been that, I don’t know, if Alexander McQueen had been really, really interested in climate change, then maybe it would have all happened differently. But it didn’t happen that way. It happened that students were interested in the environment and students made fashion, and, of course, they didn’t have the resources. Fashion trends did look a little different, whether that makes it right. 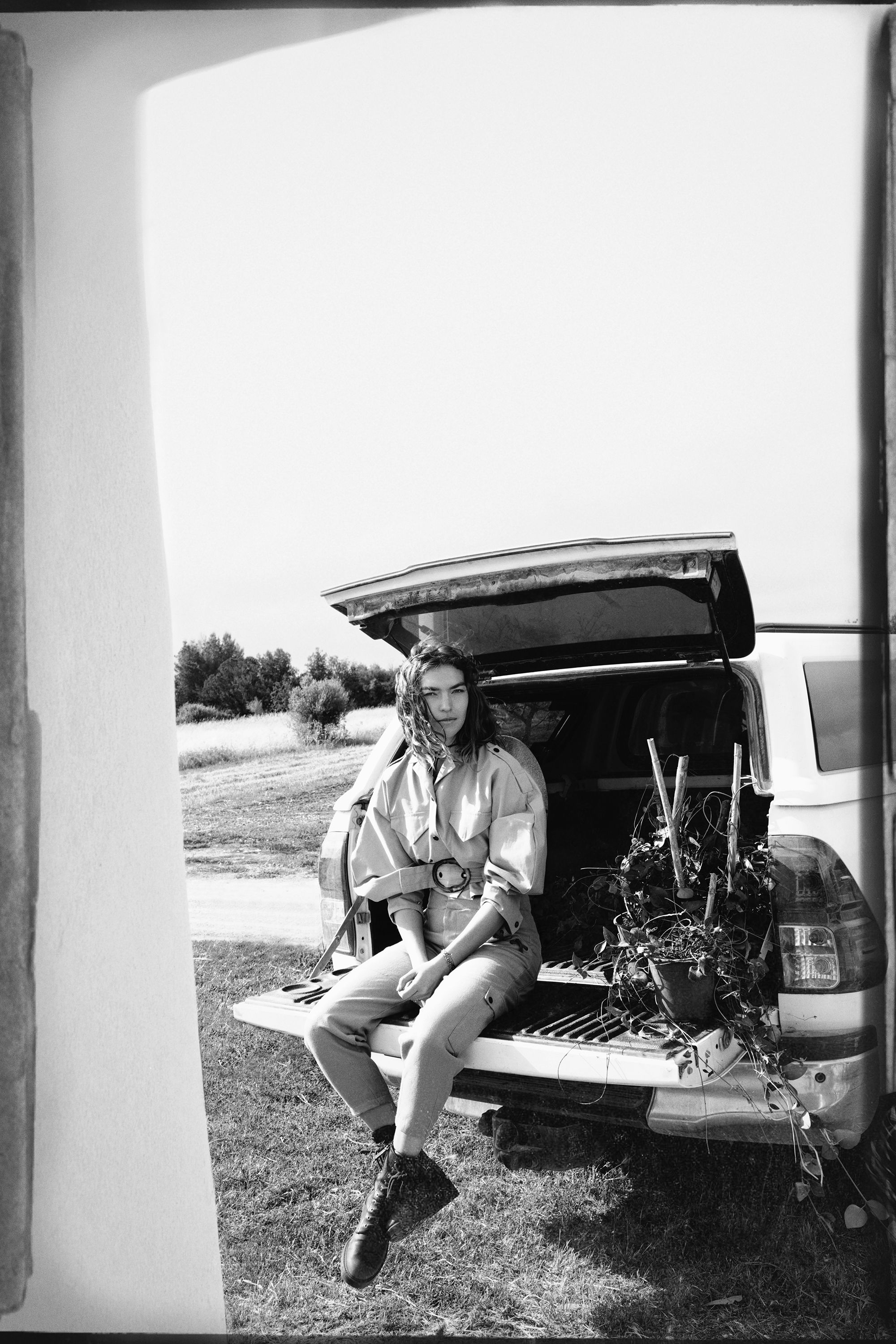 What is your personal approach to style and shopping, given your emphasis on sustainability?

I try to shop a lot less freely, which is obviously the best way to be sustainable. But it’s less about denying yourself and more about shifting focus, like asking, “What can I do with my time to fill my need for feeling good with other things like clothing?”

How do you reconcile that when working with fashion brands that might not identify with this approach?

As a model, I wish for the day—and it will come—where I can say that I’m never modeling again for brands who are not far along the way to becoming sustainable. But at the moment, we’re not quite there yet. It’s still my access point—when I go on a photo shoot, I’m chatting about sustainability all day to CEOs and head designers, and that is really valuable. Now I’m chosen to model because I’m an activist, not just because I’m a model, and that’s a really great feeling. I’m really eager for the right moment to stop modeling for brands who are not sustainable—that would be amazing. And it’s coming faster than I thought it would, which is really, really cool.

Were there times you were completely disheartened by the amount of waste in certain practices in the fashion industry?

Lots of yeses for that question. Also human waste, like the waste of energy. It’s so intense. In this industry, especially on this side of the supply chain—which is the head designers and the showrooms and the studios, the affiliates in Paris and New York—the pressure is so intense and these creative people are funneled into this tiny hole where they have to get through. Everything has to be on time and they shoot eight times a year and it’s like, “Whoa, that’s not creativity.”

Then on the other end of the supply chain, you have mostly single mothers who are completely underpaid and in very unsafe working conditions, not just for injuries, but also sexually unsafe working conditions where their supervisors are men and no one is there to watch the situation. There’s just a lot of pressure for really bad things to happen, [because] the women feel like their jobs are at stake, so they don’t say anything. We’ve got two different ends of the supply chain, where very different pressures are happening, but they seem to reflect each other. I think that we need to really focus on this redistribution.

What’s your ideal scenario regarding what Dirt accomplishes for the fashion industry and, ultimately, the environment?

I hope to see a lot of big brands in the first year adopting biodynamic materials into their supply chains and committing to it so that farmers have the security to start growing it. I hope that Dirt can expand the amount of land that is cared for biodynamically in farmland, but also in forest land, because the way a forest functions is so perfect—it’s an entire network, but we spray it with chemicals, which makes it near impossible for it to support itself. 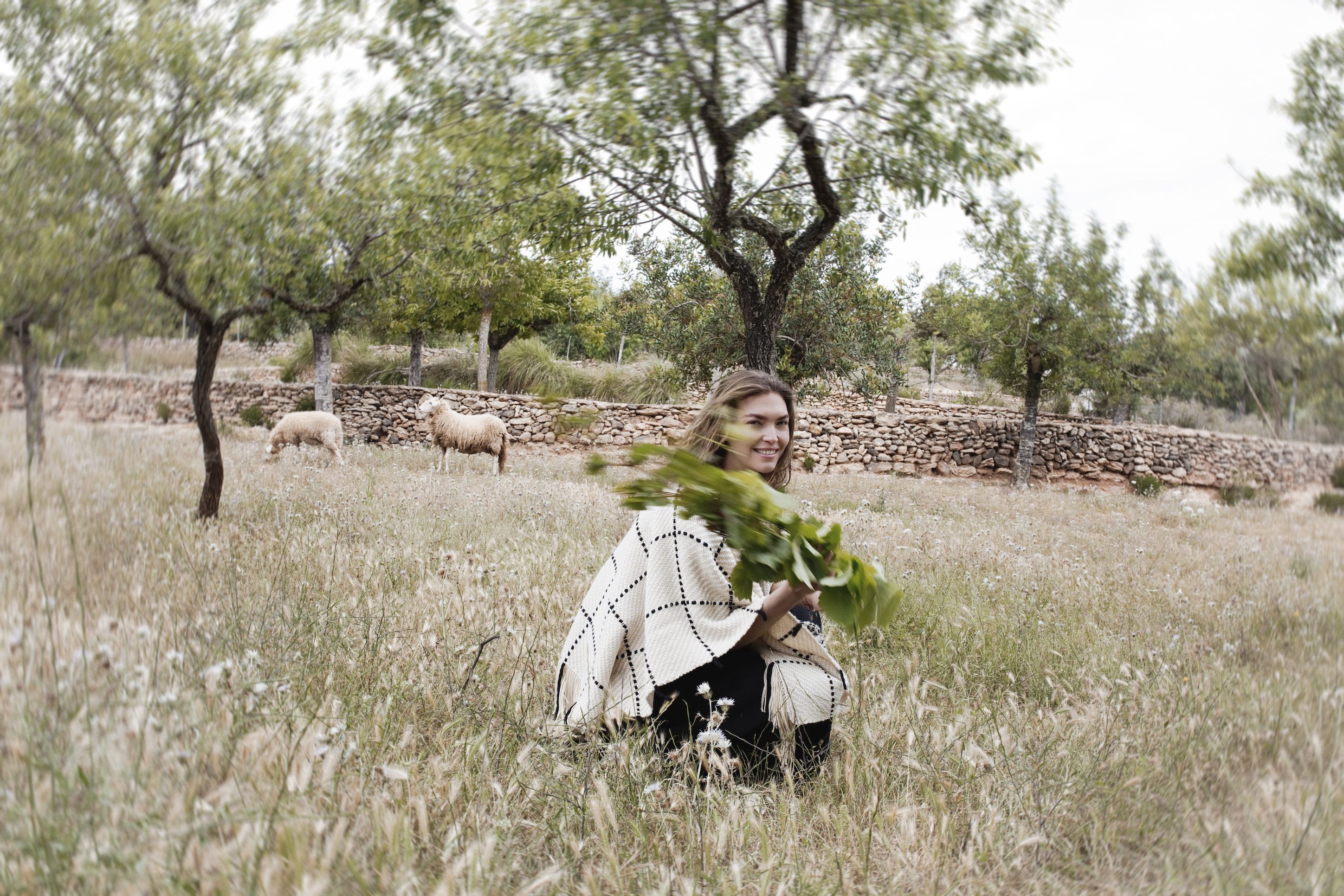 How do you plan to work through your charity to best guarantee these outcomes?

By really trying to do my best to not get in the way of anything that’s happening already, not take over, but just be a part of a team of people who are already doing amazing things. I was warned very early on in my sustainability journey that sometimes charities get in each other’s way, which can be very challenging within the philanthropy world, so I really want to be careful not to do that.

Dirt is here to fill a gap that no one was filling yet, to bring funding and awareness to a very small and regenerative farming movement that has been in existence practicing perfectly for nearly a hundred years now, but just hasn’t been accessible to industries because of the emphasis on the production of food and wine over woolen, cotton, linen, and hemp. So fashion industries don’t consider that they could also be sourcing from these farms. But if farmers knew the demand was there, they’d be happy to start producing more [sustainable material]—it’s just hard for them to make that first step. We need the industry to go, “Yep, we’re happy to source it and buy it.”

That’s so true. Charities can be tricky in how they can often have the opposite intended effect on those very industries by increasing their complacency and decreasing the incentive to actually do the sourcing and buying.

Yes, which is why this charity would ideally also be obsolete within the near future. Hopefully by then, governments will have started giving grants and funding subsidies to the right places. But right now is the real window of opportunity where philanthropy is absolutely necessary, and why I’m doing this as a charity rather than as a business, to relieve farmers of their debt for just enough time to leverage their transition to regenerative.

This interview has been edited and condensed for clarity.