A total transformation! Billie Eilish showed off her new look in a pin-up inspired British Vogue spread on Sunday, May 2.

All of the Most Artistic Graphic Celebrity Tattoos 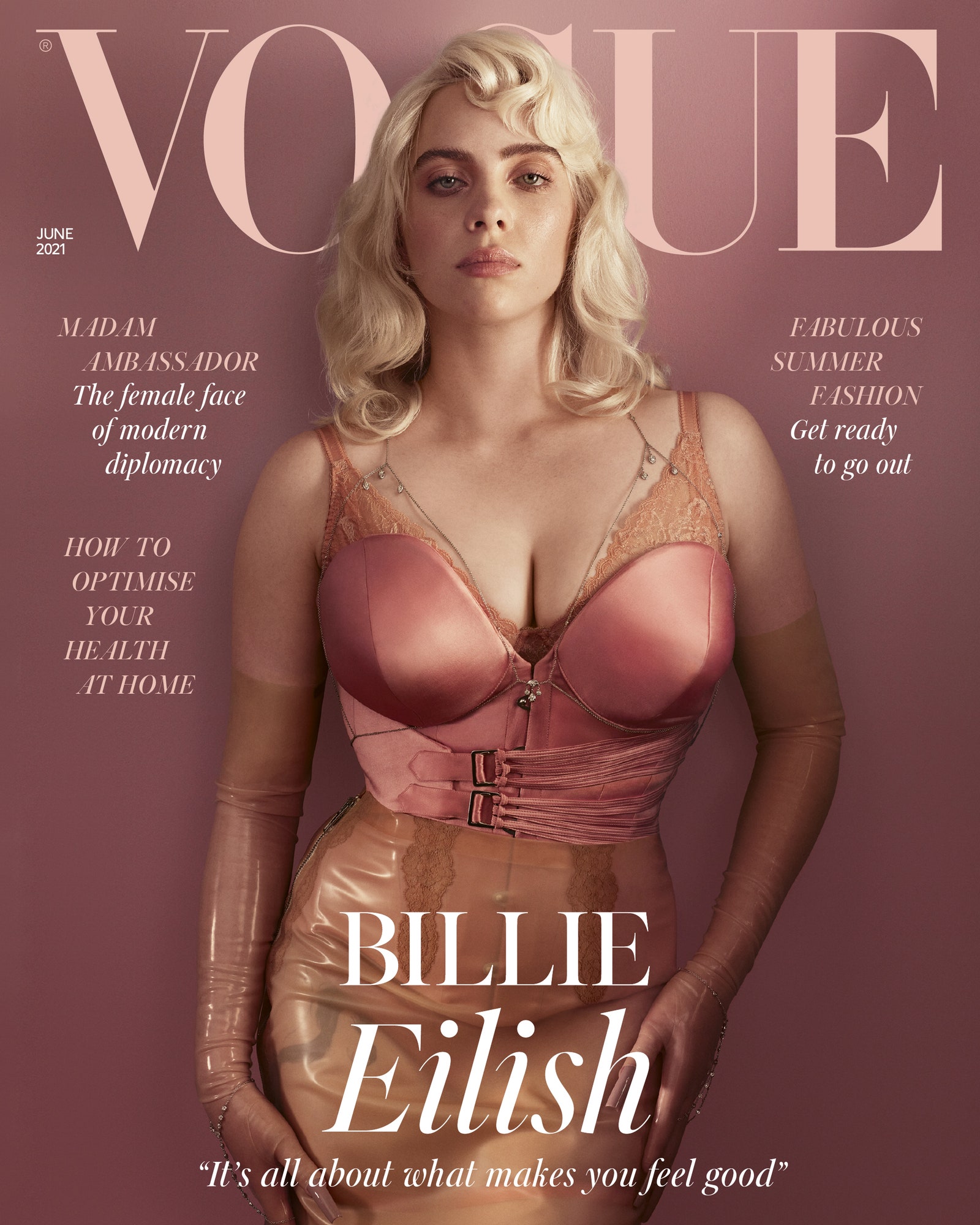 The Los Angeles native added that showing — or not showing — her skin “should not take any respect away” from herself.

The Grammy winner explained, “You’re a hypocrite if you want to show your skin, and you’re easy. … If I am, then I’m proud. F–k it, y’know? Let’s turn it around and be empowered in that.”

In the photo shoot, the “Bad Guy” singer rocked a custom Alexander McQueen dress, as well as Atsuko Kudo latex stockings and gloves. She went on to sport a Mugler catsuit and corset, then a semi-sheer Burberry one that gave a glimpse of her tattoo, which runs from her hip to her thigh.

The songwriter first spoke of the ink in November 2020, saying that she wouldn’t be revealing it. “You won’t ever see it,” Eilish told Vanity Fair at the time.

Eilish explained that she chose corsets for her new shoot for what she believes to be a “shallow” reason. “I hate my stomach, that’s why,” she told the magazine, calling it her “deepest insecurity.”

The stunning photoshoot came three days after she released her latest single, “Your Power.” She explained the meaning behind the powerful song on Sunday.

“It’s an open letter to people who take advantage – mostly men,” the “Therefore I Am” singer said. “I would like people to listen to me. And not just try to figure out who I’m talking about, because it’s not about that. It’s really not at all about one person. You might think, ‘It’s because she’s in the music industry’ – no, dude. It’s everywhere. I don’t know one girl or woman who hasn’t had a weird experience, or a really bad experience. And men, too – young boys are taken advantage of constantly.”

Eilish’s new album, “Happier Than Ever,” is set to release on July 30.