ONE of the perks of working in the service industry is getting to wear comfy clothes – after all, the job usually involves being on your feet for eight hours a day (at least).

So when Burger King employee Lala got dressed for a shift earlier this month, she didn't think twice about pairing her trusty black jeans with her company polo. 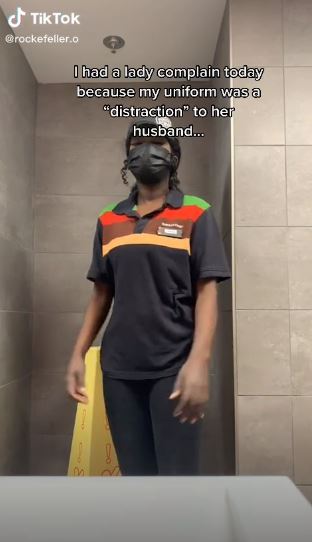 But little did she know that these inoffensive trousers would land her in hot water at work as a allegedly customer complained they were "distracting" her husband.

In a viral TikTok video, Lala blasted the female customer who took issue with her uniform.

She claimed: "I had a lady complain today because my work uniform was a 'distraction' to her husband. 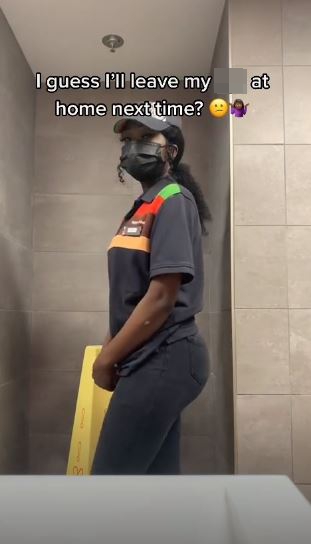 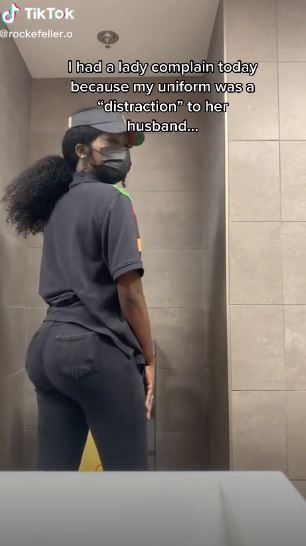 After giving her 85,000 followers a look at her outfit that day, Lala then cheekily swore at the camera – which she obviously hadn't been able to do at the customer.

Since posting it earlier this week, Lala's video has been viewed by over 11 MILLION viewers – and people were outraged on her behalf.

One replied: "Maybe her husband should stay home."

"For real," another added. "Our bodies are not a distraction."

Meanwhile, a third joked: "Can I borrow it for summer?!"

And this bargain-hungry shopper showed off mega Sainsbury’s haul of 50p deals – but gets slammed for taking ‘too much’.

Plus this mum shared her epic cleaning transformation ahead of landlord inspection – but gets slammed for being ‘too messy’.