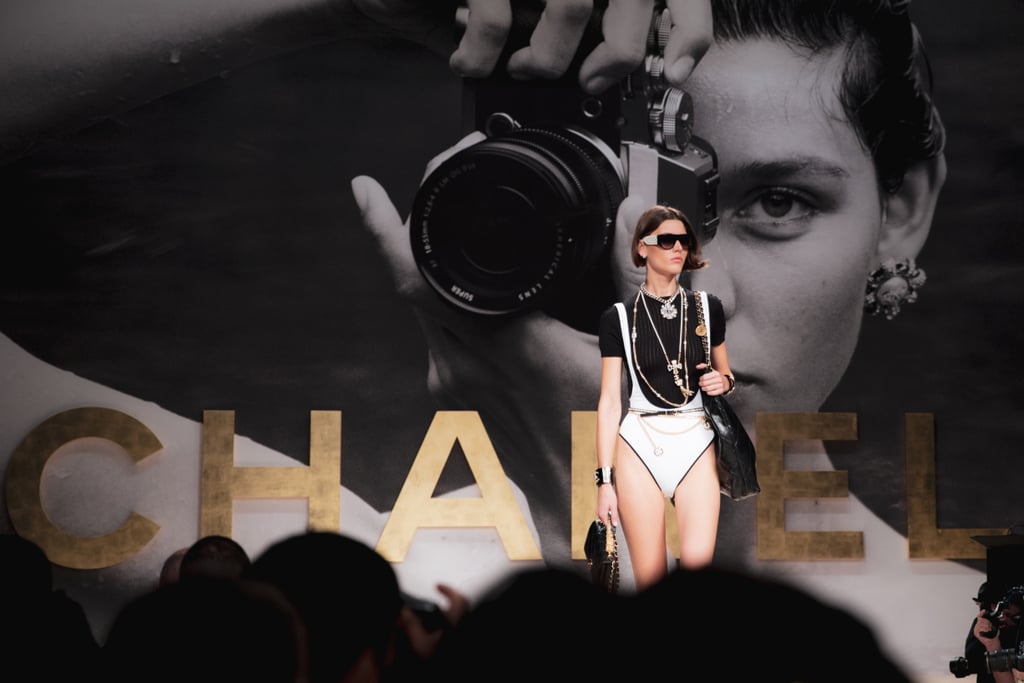 Chanel’s spring/summer 2022 collection was presented during Paris Fashion Week at Grand Palais Éphémère on a tall stage reminiscent of ’80s runway shows where the models were raised above the audience. Their looks, on the other hand, were an ode to the ’90s with a throwback to Chanel’s classic black-and-white swimwear clad with chain-link waist belts that younger generations have searched endlessly for on the likes of Depop, The RealReal, and What Goes Around Comes Around.

Virginie Viard explained that she was inspired particularly by black-and-white portraits, enlisting famed fashion photographers Inez & Vinoodh to take shots of the house muses (Lily-Rose Depp, Jennie Kim of Blackpink, and Quannah Chasinghorse, who also modeled in the show) holding cameras as a teaser for the event. “Fashion is about clothes, models and photographers. Karl Lagerfeld used to photograph the CHANEL campaigns himself. Today, I call upon photographers. I love the way that they see CHANEL. It supports and inspires me,” the designer wrote in the show notes. 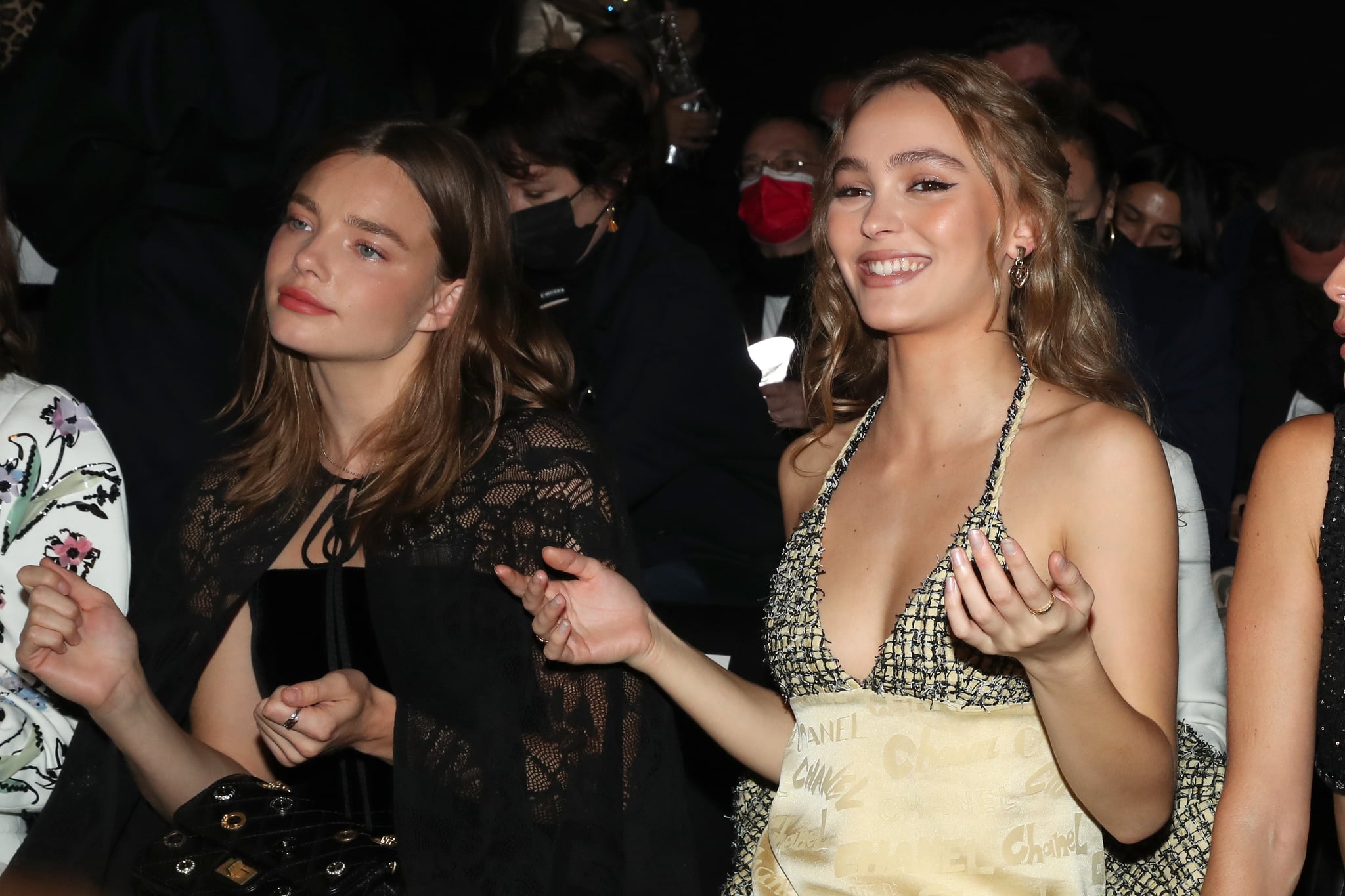 Sure enough, even more friends and family joined Depp, Kim, and Chasinghorse to sit front row, including Looking For Alaska‘s Kristine Froseth, Soo Joo Park, and Kristen Stewart, who will be outfitted in costumes from Chanel for her upcoming portrayal of Princess Diana in Spencer. Read on to see the lead-up and debut of Chanel SS22, which culminates with colorful butterfly prints on breezy chiffon pieces that definitely set the mood — just in case you weren’t transported back to the right decade already.