REMOVING crusted on food and grime from your microwave can be a challenge at the best of times.

But a woman on TikTok has shared a genius way to get it super fresh and clean – and it involves a natural ingredient you already have at home. 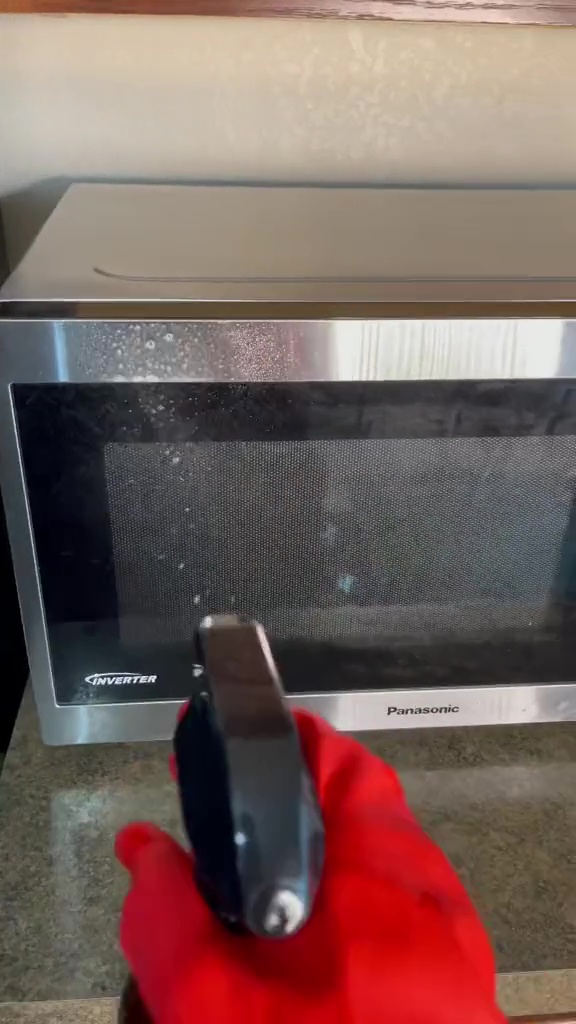 If you're sick of scrubbing away with harsh chemicals to remove the stains from inside the microwave, this tip could be the answer to your prayers.

American mum Sarah McGlory demonstrated the hack on her page which has now been viewed over 100k times, with many loving the simple method.

She starts but adding a spoonful of washing up liquid into a jug of water before popping it into the microwave for four minutes.

"If your microwave gets a ton of use like mine and you want a natural way to clean it, put two cups of water with two tablespoons of vinegar in the microwave for five minutes," she said.

"Once it's over, let it sit in there for about three minutes with the vinegar and the steam will get all of the stuff that's crusted to be very soft and easy to take off.

"I scrub mine with a little bit of dish soap to make sure that the tray is sparkling."

Sarah doesn't stop there, as she also noticed that the top of her microwave was dusty and the front was covered in sticky fingerprints.

"I used my Thieves cleaner and sprayed all over the top and the front and then I used my little straw cleaner to get into the crevices that are super hard to get into," she said.

Commenters were impressed with her nifty trick, with some saying they do the same thing but with lemon instead of vinegar.

"I learn this years ago but with a lemon sliced in half in the water instead of vinegar. Now I know what to use when I have no lemons!" one woman said.

"I'm going to try this in the morning," said another.

Someone else added: "Mine is starting to get crusty, thank you for reminding me to do this." 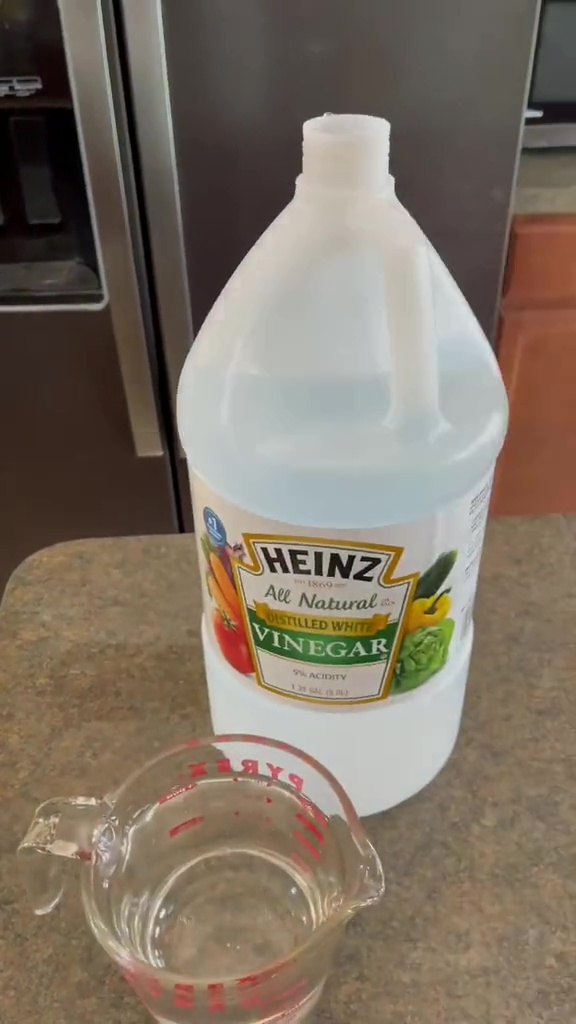 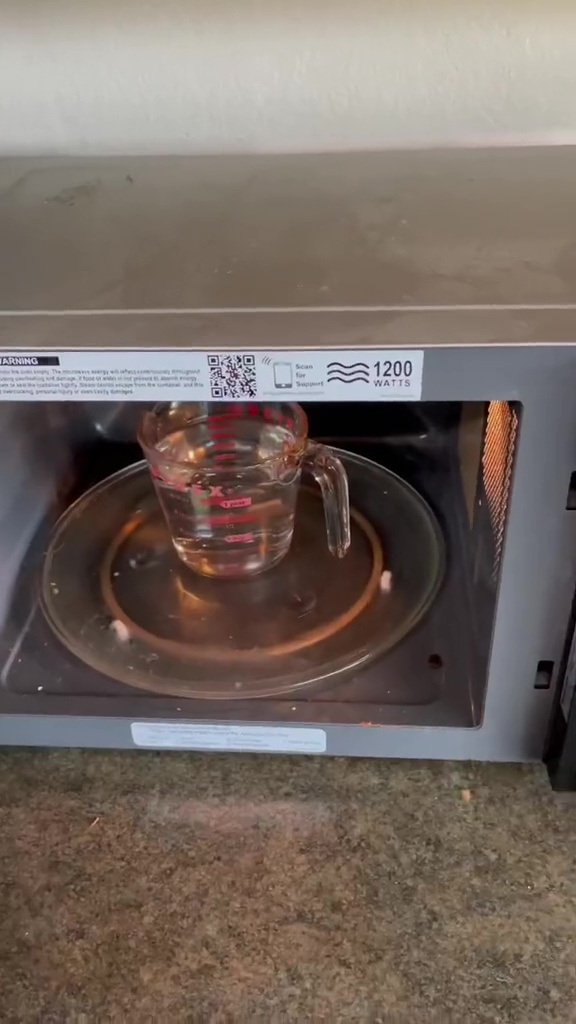 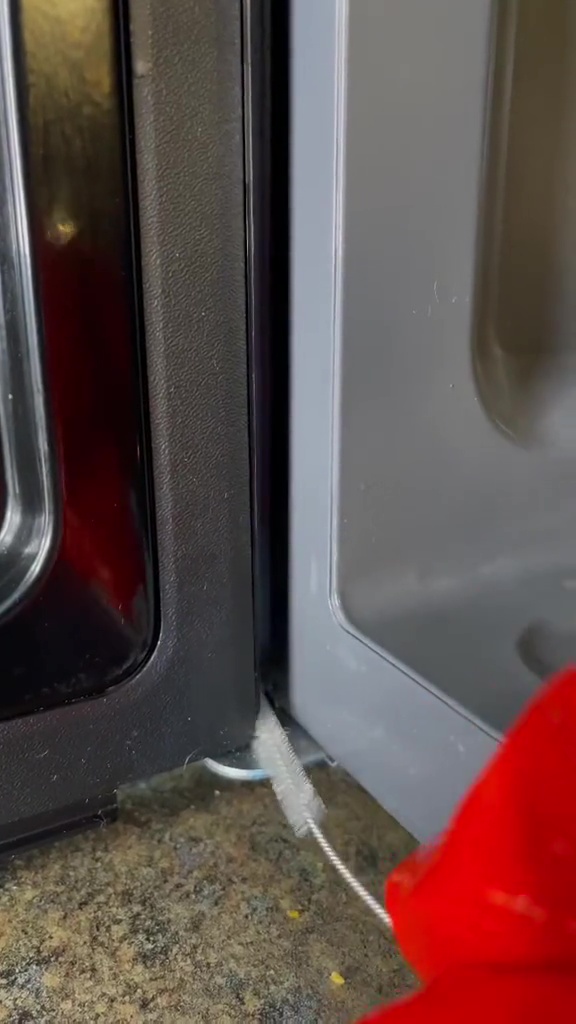 For more cleaning hacks, the Clean Queen previously showed you how to get your scummy shower head sparkling.

And we also revealed you've been washing our towels all wrong – here’s how you should really be cleaning them.

Plus woman shares easy hack for stopping dust collecting on her skirting boards & all you need is fabric softener.