A WOMAN tells of how her baby nephew was diagnosed with coronavirus at three-weeks old but it had actually masked a deadly heart defect – which had almost killed him. 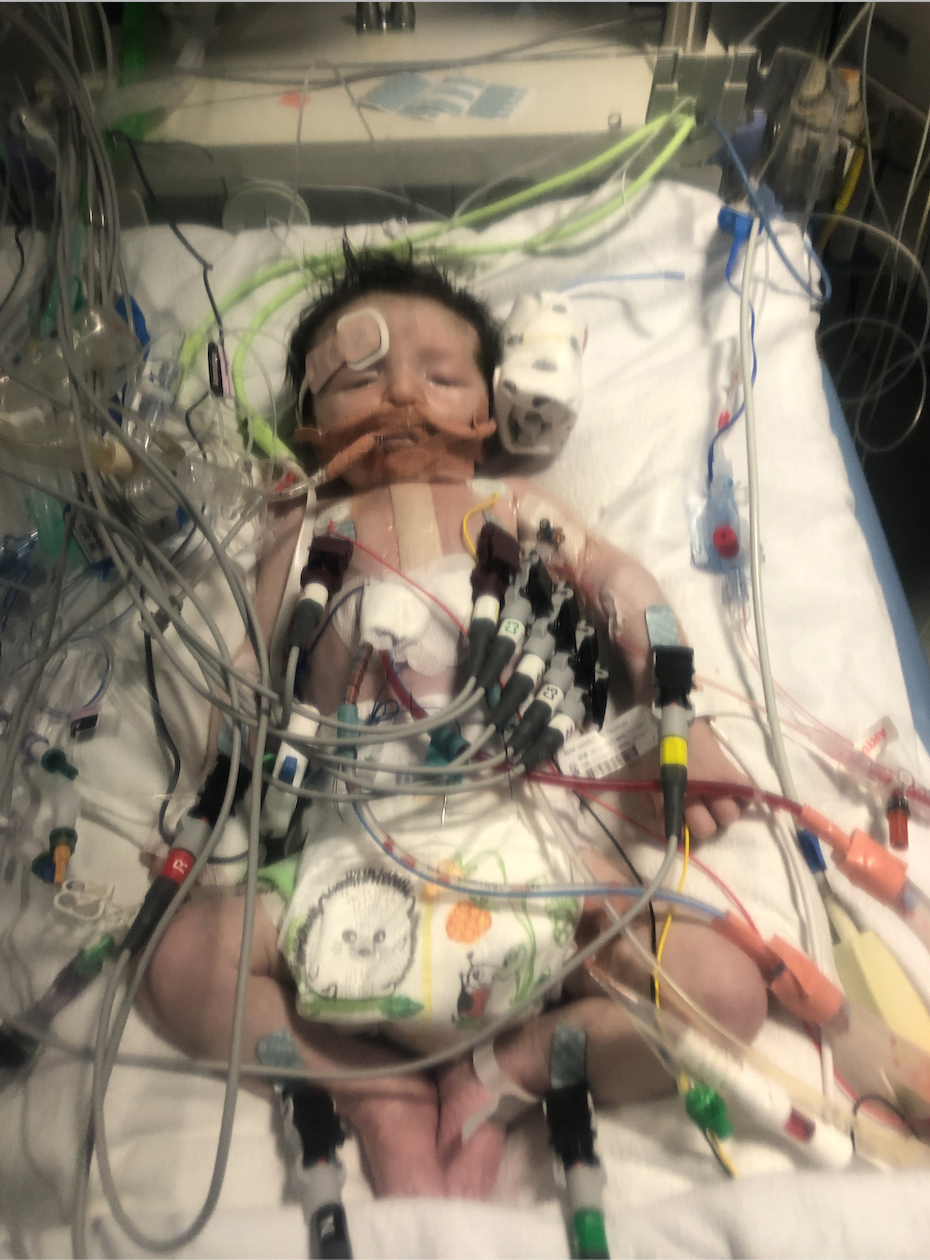 With all symptoms pointing to Covid-19, a swab test confirmed it and within hours baby Thomaswas fully ventilated – and stayed that way for a further five days.

Writing for The Times, Fiona Hamilton explains that doctors then tried to remove all the fluid from the baby's lungs which was causing difficulty breathing, but there was no sign of him getting any better.

To make matters worse, her sister Sadie, 35, was facing the ordeal alone as her husband, Steven, was not allowed into the hospital because of the pandemic and was forced to watch everything unfold via Facetime.

Fiona explains that, despite not knowing it at the time, the virus he was diagnosed with was merely masking the condition that was actually killing him.

According to the CDC:

As it turns out, Thomas had an extremely serious congenital heart defect that could be survived with surgery. and the Covid symptoms exactly mirrored those of the heart disease.

Fiona says: "There are fears that patients are dying elsewhere on coronavirus wards because other underlying conditions are not spotted when the virus cloaks their symptoms.

"In the six days before the heart defect was discovered, my nephew came chillingly close to becoming another statistic of the pandemic."

Doctors would consistently tell me that 'your baby is very, very, very sick'. I later realised this was code for ‘there is a distinct possibility that your baby will die’.

Sadie, distraught,spent that time in an isolated covid-19 ward where Thomas was hooked up to machines monitoring his oxygen, heart rate and blood pressure.

Fiona explains that on at least 13 occasions she watched Thomas’s vitals drop so badly that doctors rushed in to save him.

On four occasions, Fiona says,he had to be brought off the ventilator so medics could manually work his lungs with a bag.

“You are never prepared for the notion your baby might die, I think I was in denial at first,” Sadie says. “Over the coming hours, days and weeks, doctors would consistently tell me that “your baby is very, very, very sick”. I later realised this was code for ‘there is a distinct possibility that your baby will die’.” 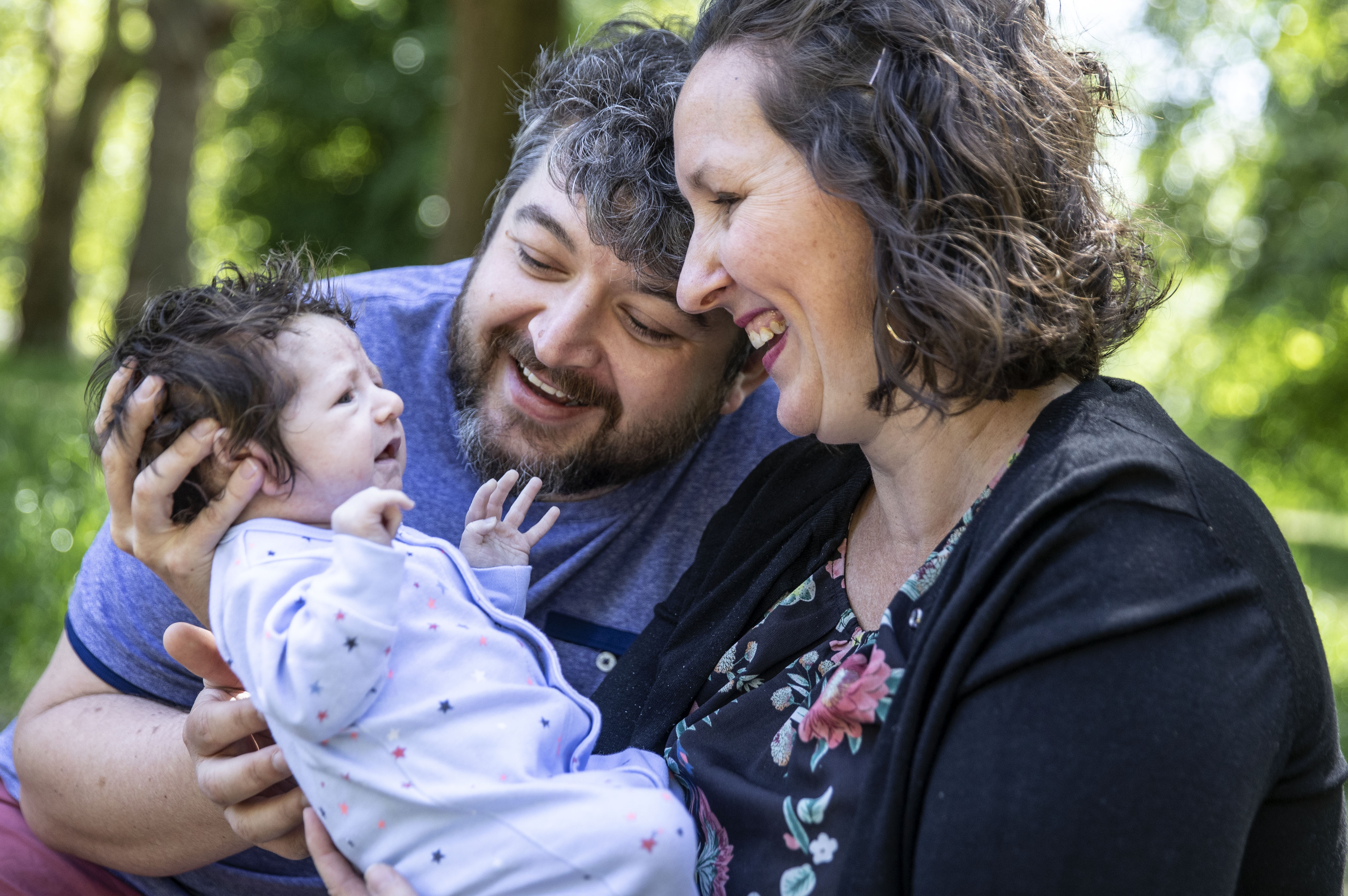 After keeping him alive for six days, it was only then that doctors suspected some kind of heart condition, but couldn't do any more for him – so he was transferred to a children's hospital.

But after returning a positive Covid result herself, Sadie was separated from Thomas before his journey to the children’s hospital.

Not long after, Sadie's husband Steven was reunited with their son but Sadie was forced to isolate in flat across the road from the hospital.

A cardiologist quickly carried out a heart echo and diagnosed Thomas with TAPVR -a rare condition where oxygen-rich blood from the lungs does not flow to the correct place, limiting the oxygen delivered to the rest of the body.

CORONAVIRUS CRISIS – STAY IN THE KNOW

Don't miss the latest news and figures – and essential advice for you and your family.

To receive The Sun’s Coronavirus newsletter in your inbox every tea time, sign up here.

Get Britain’s best-selling newspaper delivered to your smartphone or tablet each day – find out more.

The very next day, at four weeks old, Thomas was booked in for open heart surgery with the surgeon explaining the procedure over Zoom to Sadie and Steven.

The heart surgery was over in less than five hours and it was successful, Fiona explains, and Thomas bounced back incredibly quickly.

The fluid from his lungs disappeared within a day and he was off the ventilator within four, meanwhilehis sedation was stopped in seven days.

After a few long, hard days in isolation across the road, Sadie’s spirits were lifted and was once again reunited with Steven and their son.

Fiona explains that her nephew's heart defect is just a coincidence, according to doctors and that it isn't a genetic issue in their family

In other real life news, a mum tells of how her newborn died as they slept together but now cruel strangers in the street call her‘baby killer’ .

Plus a heartbroken mum who delivered a stillborn baby released poignant photographs of him – and told how it has helped her heal.

Meanwhile, one woman told how distressing it was to deliver her child, knowing he had died in her womb.