MANY of us spend hours on our computers every day – without even thinking how filthy they might be.

But a computer repair man has revealed the horrifying truth after showing a mouse which was brought to him. 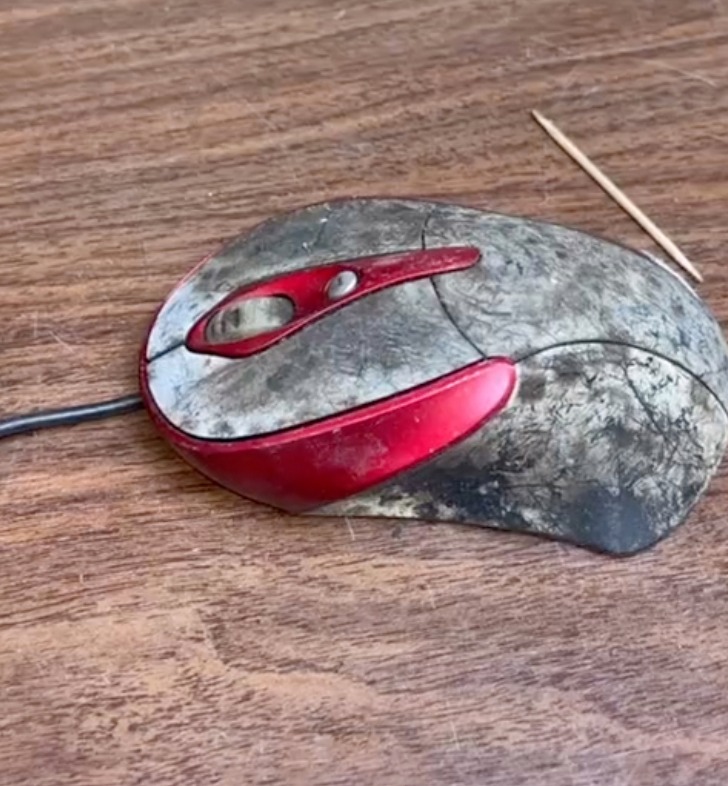 Tiktok user Curtis is known for deep cleaning tech devices, and this video stunned his followers.

Curtis said that when he first saw the mouse, he thought it was camouflage print, and he only noticed the filth on the device after the customer had left.

Appraising the mouse, he said: “This is disgusting. I mean, how does it even get like this?” 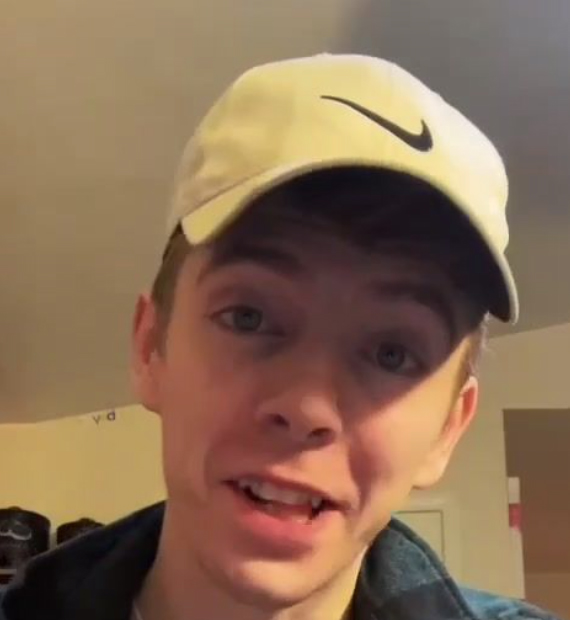 He said: “Ugh, this is the worst gaming PC mouse I’ve ever seen.”

Then, using a toothpick, he scrapes away the layers of filth on the item.

“Aw, look at all of it coming off the side. Get in every crevice and corner”, he said.

Even the scrolling wheel inside the mouse was stained yellow.

Curtis exclaimed: “Look at the rollie! How do you even get it like that?!”

The video has racked up 2.3 million views, and commenters couldn’t believe how dirty the mouse was.

“I thought the mouse was white”, wrote one confused commenter. 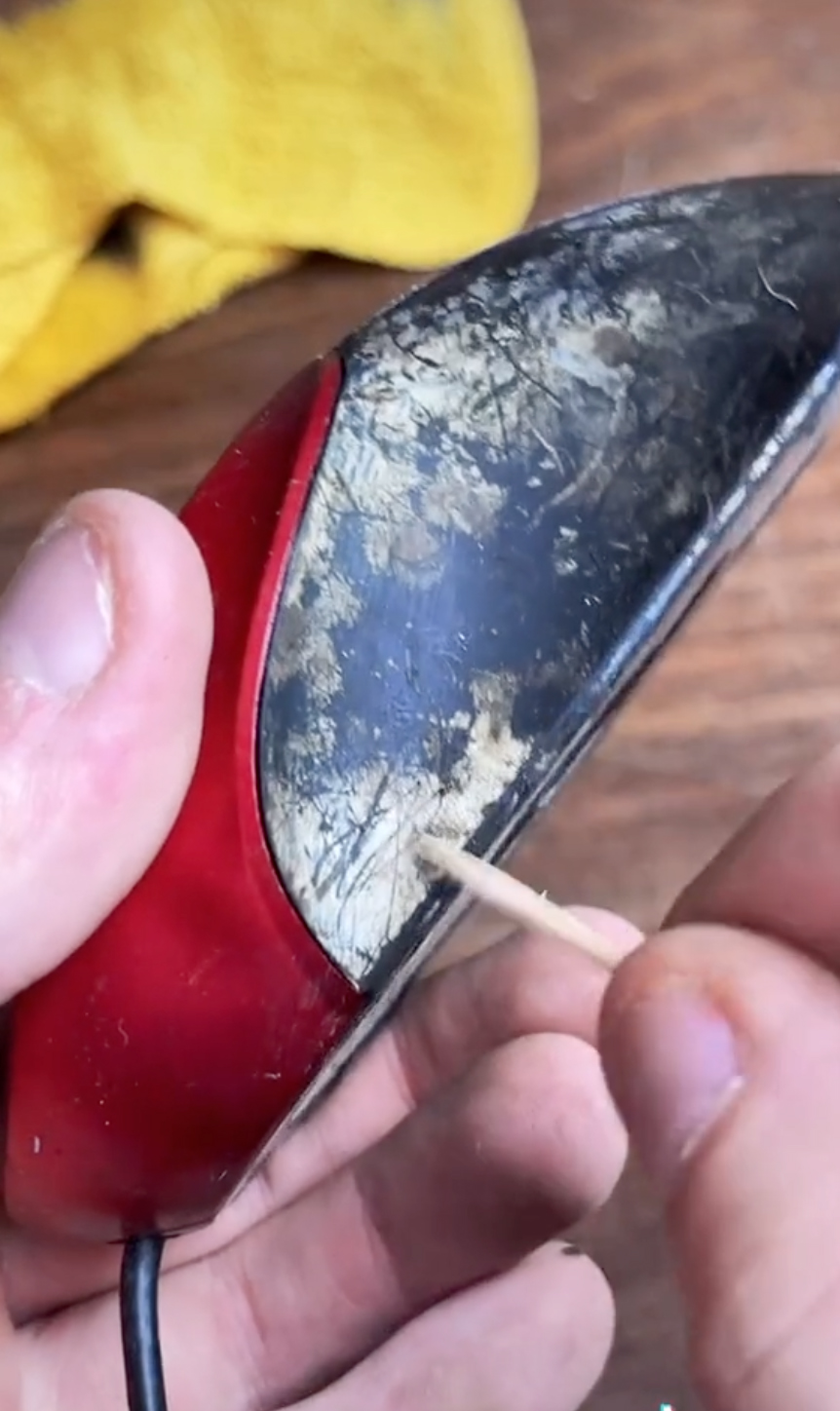 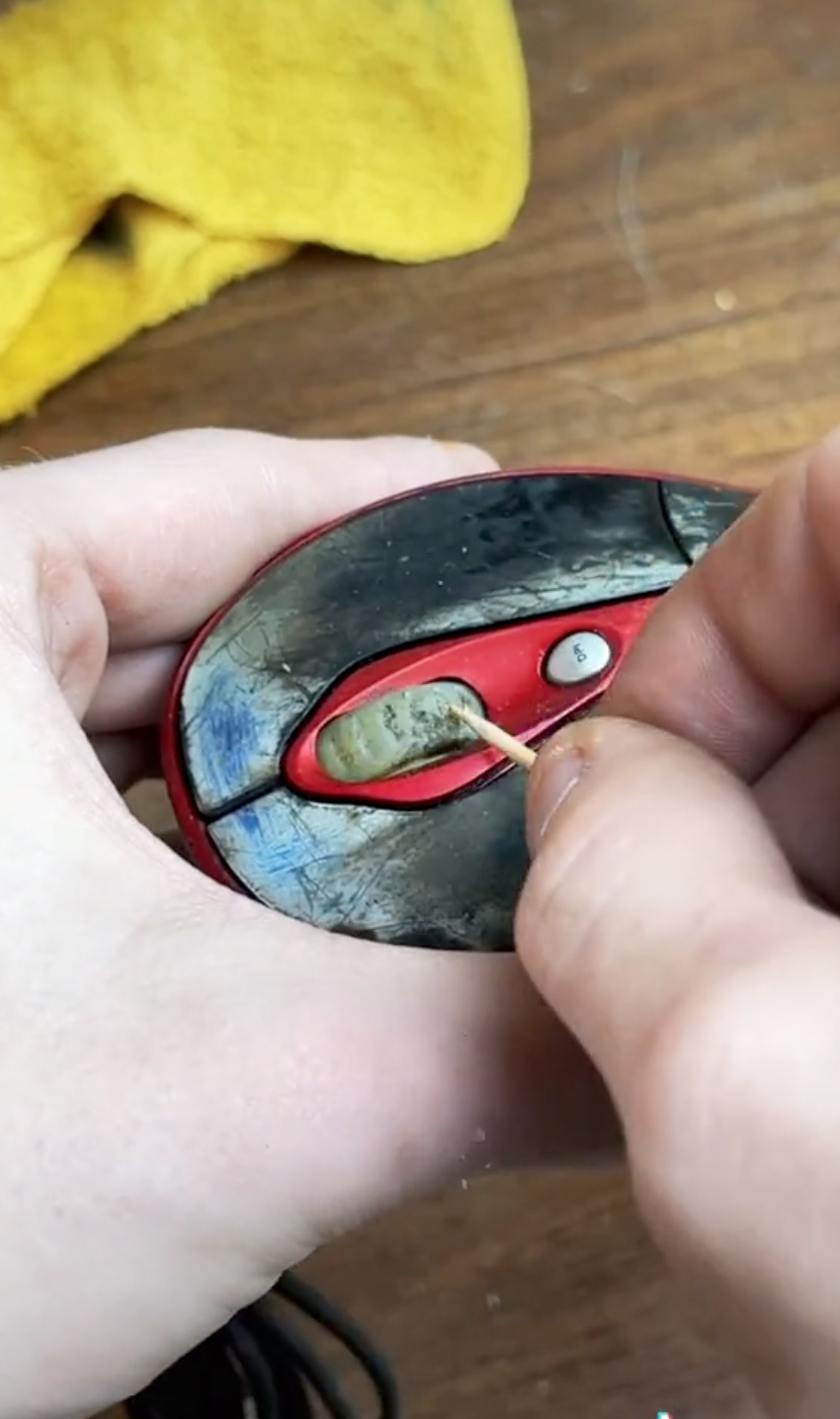 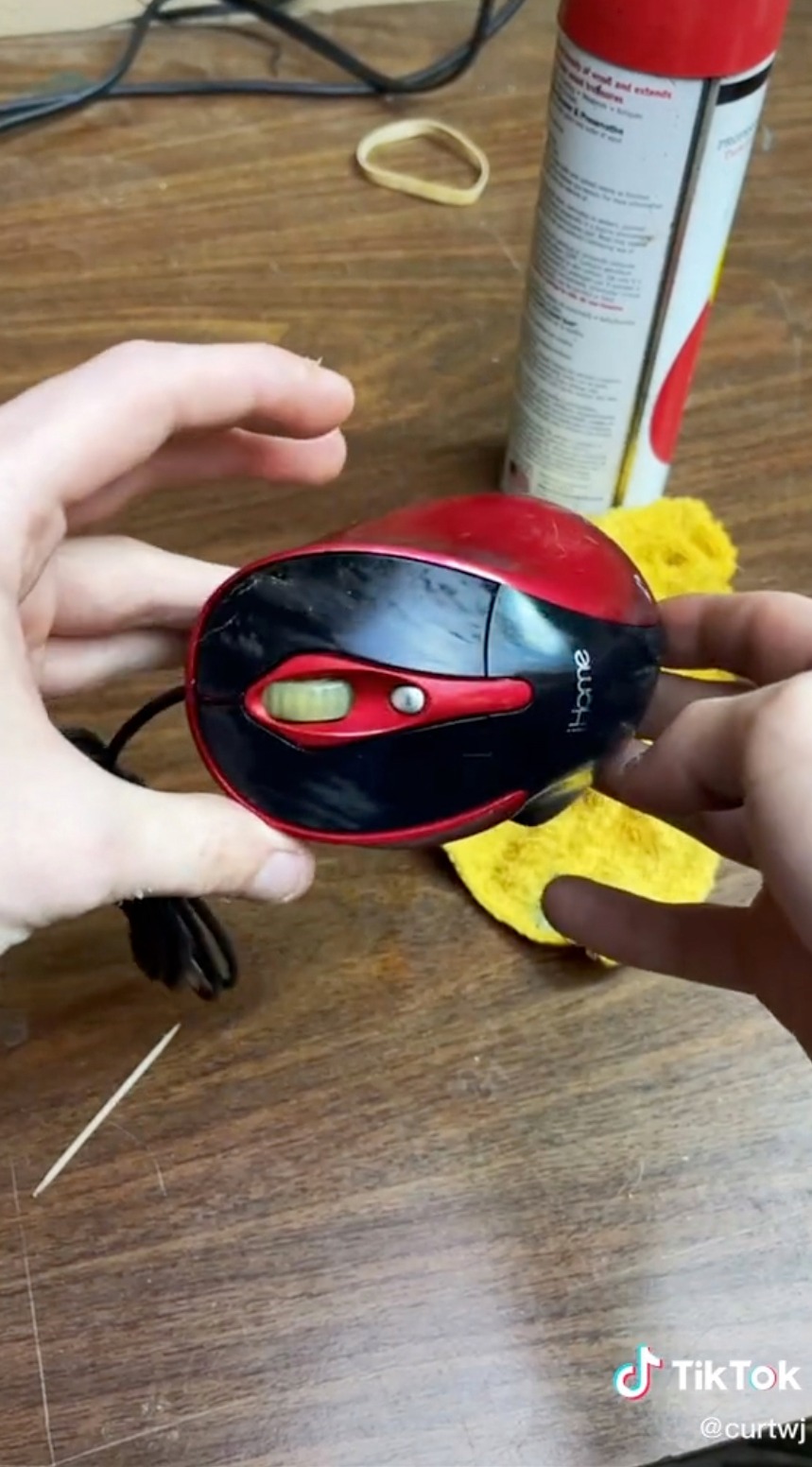 Several people were stunned that Curtis didn’t use gloves to protect his hands.

“You need to wear gloves my guy there’s definitely some… materials on that”, wrote one appalled viewer, while a second wrote: “AND YOU DON’T WEAR GLOVES??”

“I screamed when you touched that with your bare hands”, said a third.

Other viewers were almost scared of the filthy device.

“I literally jumped when you wiped the mouse”, said one, and a second said: “THAT MOUSE GOTTA HAVE COVID.”

In other cleaning news, this cleaning fanatic got her ‘manky’ whites sparkling again using just a dishwasher tablet.

Meanwhile, one professional cleaner reveals the hidden places you should be scrubbing in your home – but you've probably forgotten about them.

Plus, Mrs Hinch shares the easy way she gets rid of grim grease and dust stuck to her lampshades.