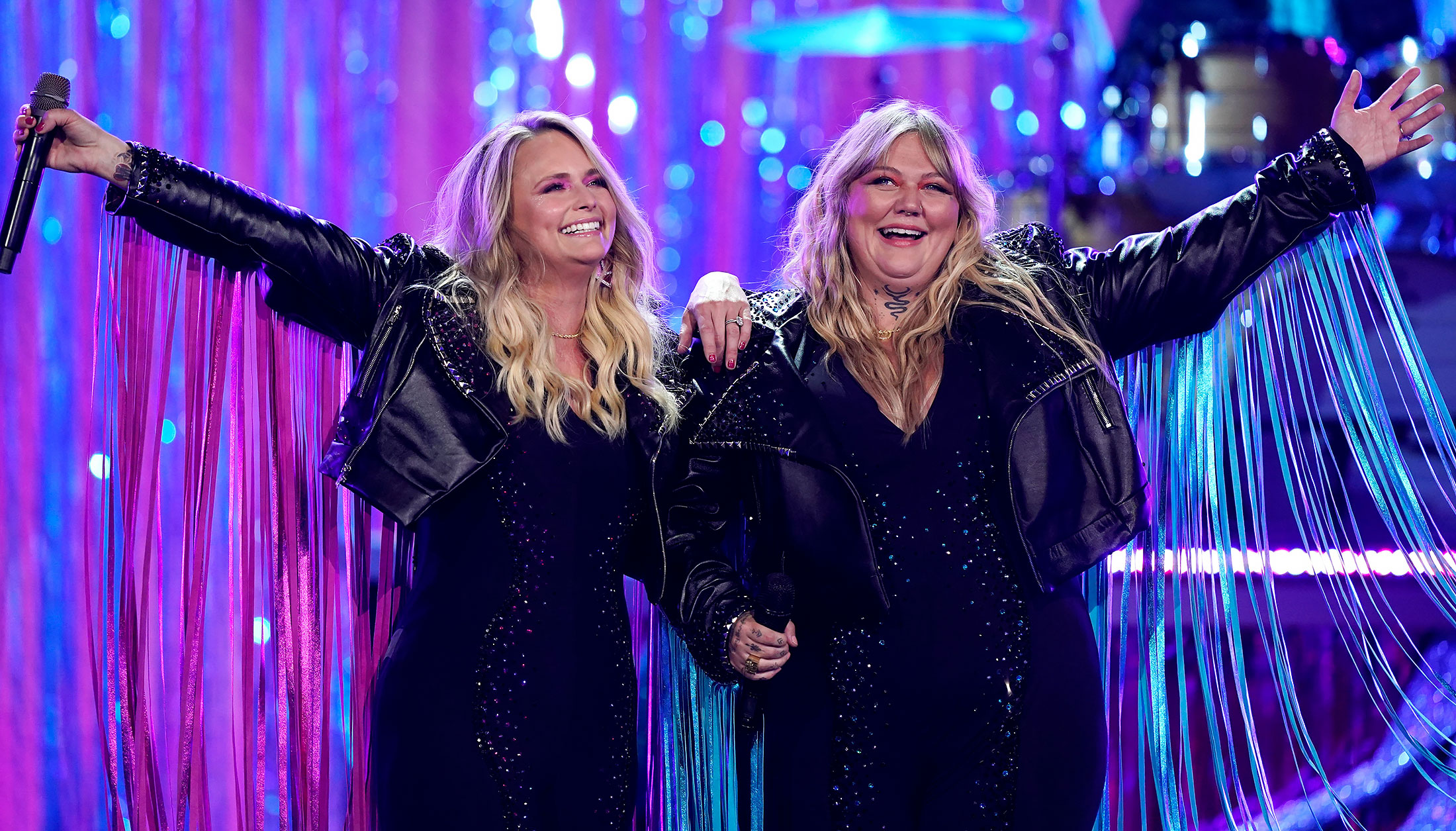 Glitzy gals! Elle King and Miranda Lambert didn’t just show up to the 2021 Academy of Country Music Awards in style — they showed up twinning!

See What the Stars Wore to the 2021 ACMs

The singers hit the red carpet on Sunday, April 18, in matching getups that paid tribute to their country roots. Dressed for their “Drunk” performance, which opened the awards show, the duo matched in black boot leg jumpsuits and pointed boots, which were bedazzled from head to toe.

Of course, they each added their own bit of flair. Lambert rocked pink fringe on the sleeves of her jacket, while King sported a pop of blue — and a baby bump! She’s expecting her first child with fiancé Dan Tooker.

When it came to glam, the country icons turned to hairstylist Johnny Lavoy. While both looked fierce and fabulous on stage, they rocked distinctly different ‘dos.

“For Miranda’s performance looks, I wanted to have lots of movement and texture,” Lavoy says. To get her “loose waves,” he used Hidden Crown Hair clip-in extensions for added length and fullness, plus a dry texture spray for a “tousled look.”

King on the other hand had a “sexy rock and roll wave” for the performance. Volume was key, so Lavoy made sure to blowout the “America’s Sweetheart” singer’s hair. “To pump up the volume and length, I added a 16-inch Hidden Crown halo-style extension,” he said in a press release.

Lambert and King were clearly thrilled with their glam, as they both took Instagram to show off their red carpet looks. 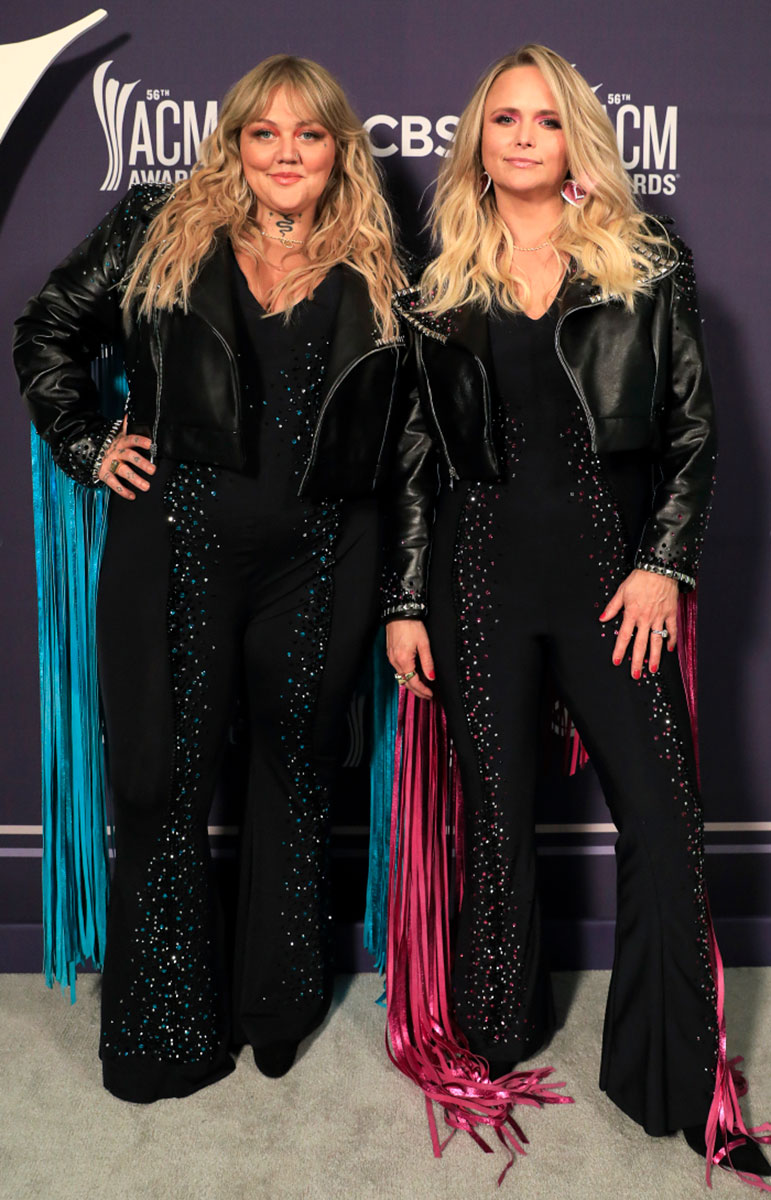 Exes Who Attended Awards Shows: From Jen and Brad to Selena and Justin

King clearly shared the same sentiment as Lambert, taking to Instagram hours earlier to show off her glitzy getup sans the leather jacket. “Me & this baby are ready  to open the @acmawards on @cbstv at the Grand Ole @opry! With my main squeeze @mirandalambert (she’s drinkin for 2 cuz I’m pregnant) good luck to all nominees,” she wrote, adding the hashtag #ISlippedOnARhinestoneAtTheGrandOleOpry.