IT'S UNDERSTANDABLE to forget to tell your partner things about your past from time to time – but failing to mention you have three children is a big one.

A furious woman, 33, has revealed how she was shocked to discover her long-term boyfriend, 45, is a father. 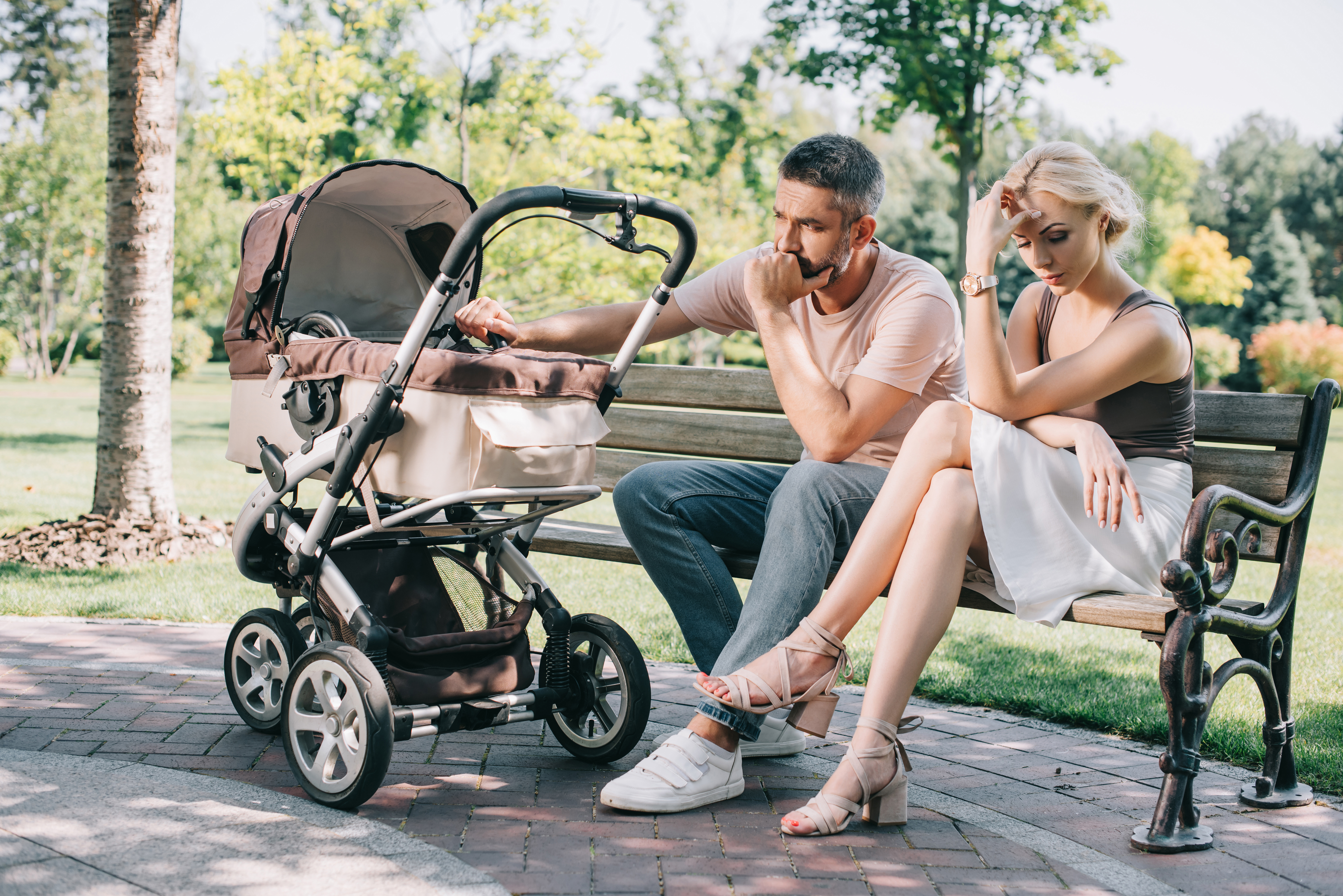 While there are three million kids in the UK who don't see their dad for various reasons, many would argue it's still no excuse to not mention their existence to a new partner.

In a post on Mumsnet titled 'To be rethinking my 3 year relationship as he never told me he had kids', the mum-of-one admitted she was stuck over whether to call an end to their relationship since he is also the father of her six-month-old daughter.

"I knew he was married in his 20s and got divorced at 35 but he has never mentioned his kids before now.

"We had our darling daughter six months ago and recently moved into a new flat and have been talking about getting engaged." 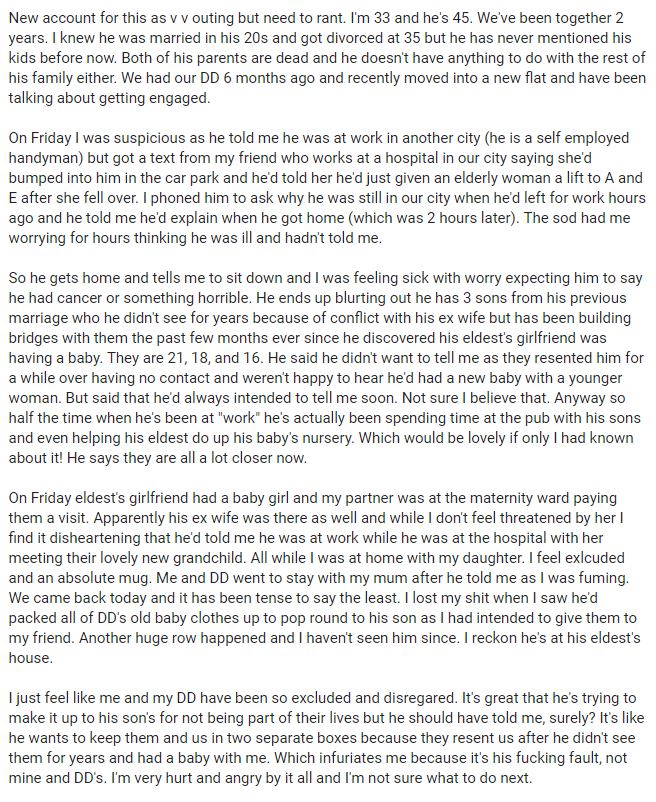 The woman shared the moment he told her he had three sons with his ex-wife.

"He ends up blurting out he has three sons from his previous marriage who he didn't see for years because of conflict with his ex wife but has been building bridges with them the past few months ever since he discovered his eldest's girlfriend was having a baby," she continued.

"They are 21, 18, and 16. He said he didn't want to tell me as they resented him for a while over having no contact and weren't happy to hear he'd had a new baby with a younger woman.

"But said that he'd always intended to tell me soon."

He ends up blurting out he has three sons from his previous marriage who he didn't see for years because of conflict with his ex wife.

She revealed that half the time he'd said he'd been at work, he'd actually been at the pub with his sons or helping his eldest do up the baby's nursery, which she conceded was "lovely".

The newborn had arrived days before, the mum explained, and her boyfriend had secretly been at the hospital with his ex-wife meeting their grandchild. 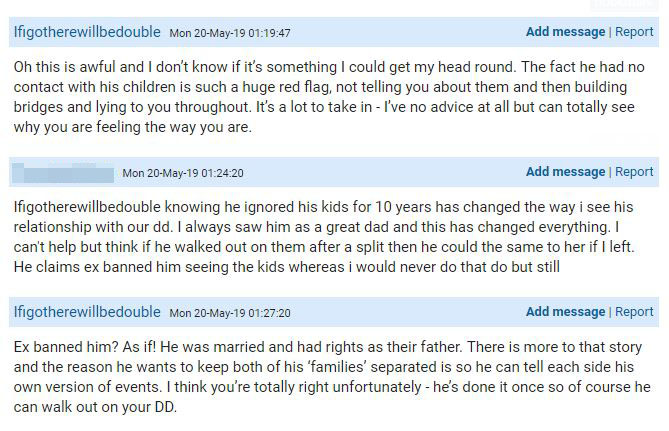 "I feel excluded and an absolute mug," she added, revealing that she taken their daughter to stay with her mum and had returned that day to find he had packed up her old baby clothes to take for his grandchild causing another "huge row".

She said that while it's "great" he's making up for lost time, she's "hurt and angry" and it's his "f*****g fault" his other kids resent her.

I feel excluded and an absolute mug.

Fellow mums rushed to share messages of support with the heart-broken woman.

One wrote: "That's terrible – he should have told you from the outset!!! Never mind if he had no contact."

Another commented: "Whoa. So even when you went through pregnancy and birth he played along like it was his first time too!"

A third shared: "Please please don't stay with him. I know he's father of your child but you're never going to be able to trust him after such a huge deception."

Earlier this week, we asked what is an acceptable relationship age gap after Natalie Portland called Moby "creepy".

We also revealed how tired mums are having sex just once every three weeks.

And a woman who married a French bridge has celebrated her sixth wedding anniversary.