AS ONE of the most important days of your life, it's likely you'd want to look your best for your own wedding.

But one groom appeared to have taken a very lax approach to the outfit he chose to walk down the aisle in and donned "work boots" and a "dirty shirt" while his bride looked stunning in a white wedding dress and veil. 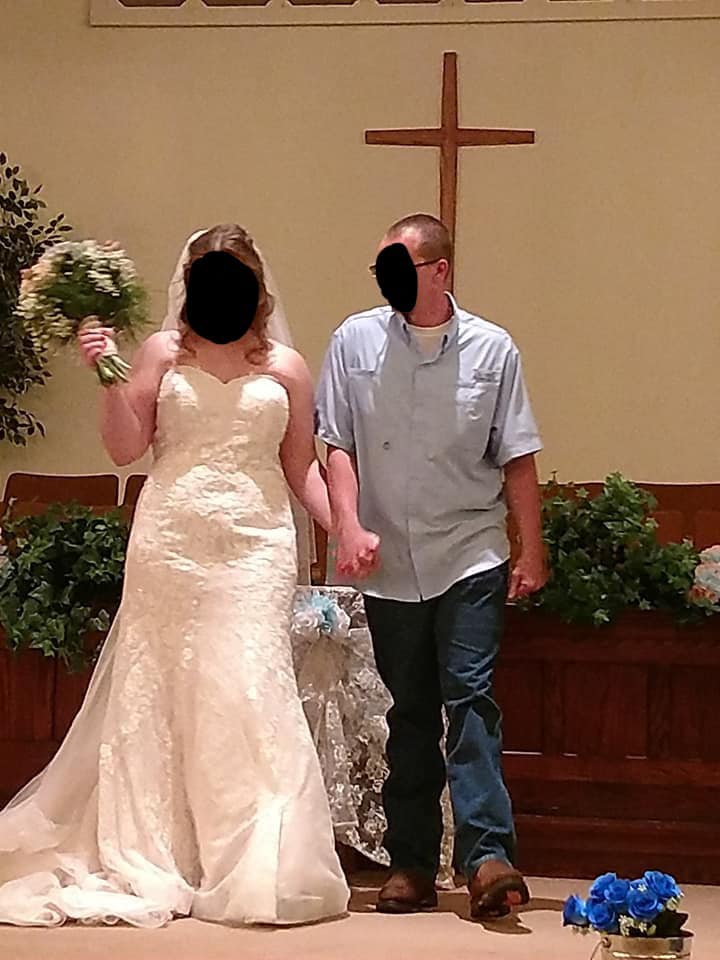 In the UK, the average spent on a wedding dress is a hefty £1,385, while grooms normally shell out around £360 on their suit.

But in a post shared to the Facebook group That's It, I'm Wedding Shaming by a woman called Mikayla, the new husband of a girl went to high school with appeared to have spent a lot less on his ensemble.

Sharing wedding photos of their big day, she wrote that the bride "looks so beautiful and dolled up (which she has never been into) and he is wearing work boots and a dirty shirt".

One pic shows the couple facing each other at the altar as they say their vows. 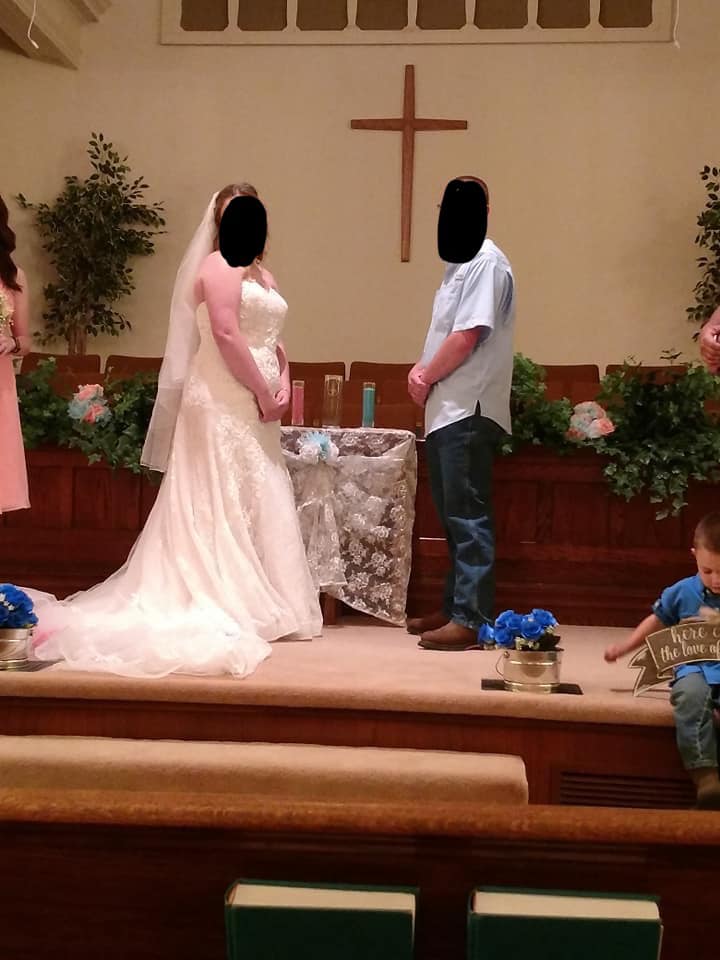 While the bride is wearing a strapless white gown with a full veil, the groom is in a stained blue shirt rolled up at the sleeves, a white T-Shirt beneath, baggy blue jeans and brown boots that look as though they belong on a building site.

Another photos shows the bride holding a bouquet as they walk down the aisle after tying the knot.

A third image appears to indicate his casual get-up was planned.

It shows a best man, usher and pageboy similarly scruffily dressed. They are wearing darker blue shirts, with jeans and brown boots. 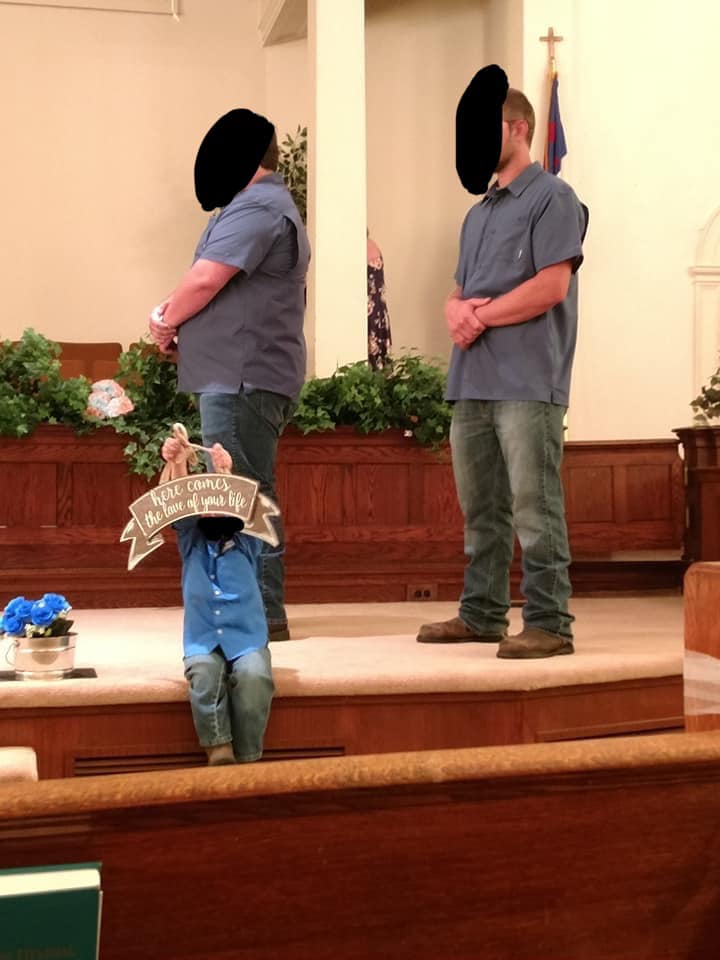 Social media users were shocked by the groom's clothes choices for his big day and suggested his wife deserved better.

One wrote: "She looks lovely and he looks like he was digging a hole."

Another commented: "I would honestly feel embarrassed to show up to a wedding in their outfits, groomsmen photos must have looked like a bunch of buddies from the construction site?"

A third shared: "I would walk right out of that church and not marry my husband if he did this."

And a fourth added: "I feel so bad for her. She looks beautiful. I really hope he makes her happy cause dude! That's not cool!"

Win a dream holiday to Jamaica worth over £4,000 by voting in our Fabulous Beauty Awards

All you have to do to be in with a chance of winning this trip, worth over £4,000, is to vote for your fave products.

Whether you’re a sucker for skincare, a lover of lippy or a hair product hoarder, having your say will mean you can enter our prize draw to not only win this incredible holiday, but to also get your mitts on a host of other incredible prizes – worth a total of more than £13,500!

Optimistically, one person suggested: "I like to believe that seconds before walking down the aisle she changed her mind and decided to marry her lifelong best friend.

"He was shocked so obviously not dressed appropriately. The intended groom is crying elsewhere."

A second asked: "I mean, how did this happen? Menswear is done a few months before. All the men who need it, know it. Was this mess really ok with her or is she so desperate to please that she decided her standards of proper attire (she's observing them) got thrown out the window.

Another noted: "It kinda feels like his 'attire' was planned, since all of the guys are dressed the same way…"

Earlier today, we revealed what happens when you have a £4k Love Island makeover at 21 including jawline Botox and lip fillers.

Yesterday, we told you about the women who love to strip off at any opportunity – from naked restaurants to nudist beaches.

And a plus-size bride has been slammed over her "table cloth" wedding dress by a woman accused of "plus size shaming" her.