That the luxury watch industry was left behind by the internet is no secret. Even now, many brands continue to skirt around it, still unsure how to sell a watch without looking a consumer in the eye.

Heavyweights like Rolex, Patek Philippe and Audemars Piguet have yet to embrace e-commerce, though the pandemic has some of them reconsidering their skepticism, given the potential advantages: higher margins, closer relationships with their customers and a life free of middlemen.

Yet in the time it’s taken the more established companies to come around, the web has proved a breeding ground for new, innovative watch brands. Daniel Wellington, the poster child of a generation of so-called digital native watch brands that began as online-only ventures, was founded in 2011. By 2019, sales both on- and offline of its fashionable quartz watches had driven revenues to $173 million, according to Dun & Bradstreet, a business data firm.

Simultaneously, the bricks-and-mortar watch retail model has become dominated by Rolex and Patek Philippe. For the rest, finding space in windows has never been harder, leaving watch entrepreneurs with no other option but to start online. Here are three digital native watch businesses that are disrupting the watch marketplace by taking advantage of available technology. 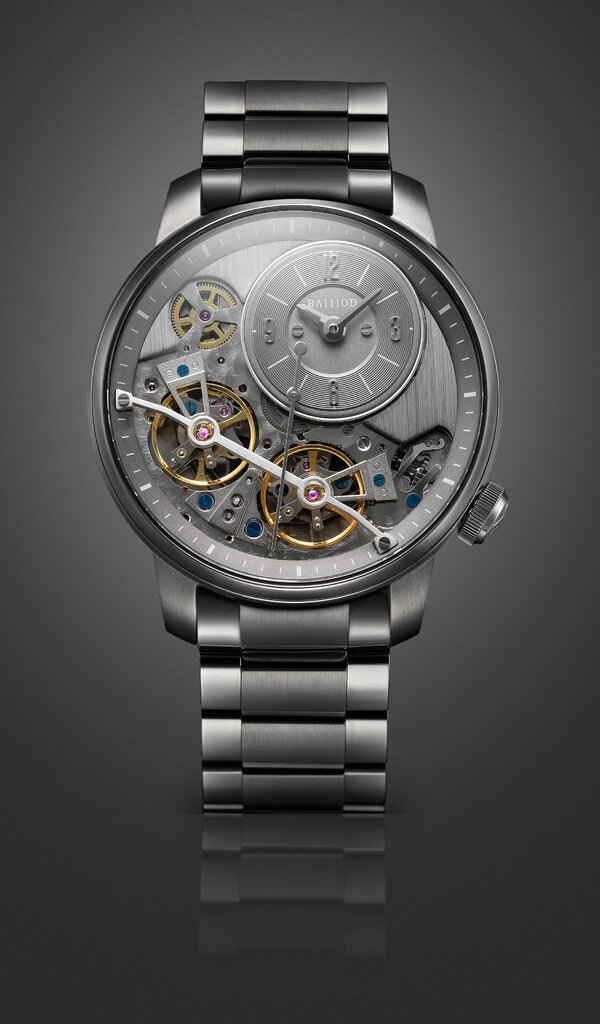 Thomas Baillod never intended to start a watch brand. The French watch industry veteran had done stints at Victorinox Swiss Army, Maurice Lacroix and Louis Erard before he had an epiphany four years ago.

“I was sure of two things,” he said. “The distribution model would be disrupted by digital, just as digital had disrupted marketing. And I knew the mid-market was under pressure because of smartwatches. So I was thinking about how we could create spectacular wrist machines at a price where people could connect the product with the emotion, and at a price they could afford.”

Mr. Baillod says he developed his concept and took it to a number of brands first, but couldn’t find a backer. So he decided to do it himself.

In October 2019, he introduced his first BA111OD watch, the Chapter 1, a mechanical watch assembled in the Swiss town of Neuchâtel, with parts made in Asia, that retailed for 360 Swiss francs (about $408). He posted it on LinkedIn.

“In 36 hours I made more than 36,000 francs,” he said. “I sold 80 percent of them from my mobile phone.” Today, he says he’s sold more than 2,200 watches with revenues of almost 1 million francs. His fourth model, a novel concept that changes color when exposed to sunlight, is scheduled for delivery this month.

Rather than invest profits in traditional marketing, he created what he calls the “Afluendor” program, a portmanteau of ambassador, influencer and vendor. Anyone who buys a watch can become an Afluendor, although there’s no obligation. The watches are only available to them, and they are given up to six “rights to purchase,” which they can pass on to their networks.

“It’s not pyramidal,” Mr. Baillod said. “The Afluendor is rewarded with tokens.” These tokens, earned when an Afluendor buys a watch or takes part in marketing activities, can be spent on more watches — or experiences. Mr. Baillod says he’s rented a penthouse apartment in a boutique hotel on the Mediterranean island of Ibiza and that this summer his Afluendors will be able to exchange tokens for stays. He wants to cofinance a bespoke Aston Martin with his consumers and offer that too, inspired by a Middle Eastern customer who ordered an Aston Martin DB11 with an interior designed to match his BA111OD watch.

“We are living in a circular economy,” he said. “I have the same quality as brands that are sold at 30 times my watch. I’m giving back distribution and marketing. People like the transparency.”

“I thought it would take me six months to sell my first 50 watches,” said William Rohr, the New York-based founder of Massena LAB (he goes by William Massena professionally), of the limited-edition watch he’d created in collaboration with the Austrian watch company Habring in late 2018. “It took me five hours.”

Mr. Rohr, best known in watchmaking circles for his 25-year involvement in the highly respected TimeZone online forum, had spent two years mulling his own project. His immediate success — thanks in large part to his involvement in TimeZone — left him with nothing else to sell.

His next collaboration came in March 2020, with the young Italian micro-brand Unimatic. “All 100 watches sold out in 53 seconds,” he said. In total last year, he says, he sold 664 watches, some collaborations with watch manufacturers including MB&F and Habring, others his own creations.

“Without the internet, it would have been impossible for me to do this,” he said. “Ten years ago, you needed an office, you needed a showroom, you needed to go to Basel. Now I work out of my kitchen.”

Mr. Rohr says he’s like a movie producer: He takes the risk, financing each project, working with brands who become the movie’s directors. He then manages marketing, distribution and sales. The stakes, though, are high: “If one of my launches doesn’t do well, it could kill the business.”

In addition, his unusual approach has brought its own problems. “People create scalping or purchasing bots and buy the watches faster than a human being can for the purpose of selling them on,” he said. In May, his website crashed under the weight of traffic following the release of his collaboration with Ming, a hot Malaysian property. When his watches appear on the secondary market, he said, it’s often for two or even three times the retail price.

“It’s a good problem to have, but it is still a problem,” he said. On June 1, he announced he would be working with the digital authentication company Selinko and issuing each of his watches with a Near Field Communication, or NFC, authenticity card. “This way, ownership will be traced,” he said. “I will use technology to fight those guys.”

Challenges aside, Mr. Rohr believes new watch brands now have only one route to market. “Bricks and mortar is stuck,” he said. “It only works if you’ve got Rolex and Patek Philippe. Small brands starting these days can’t go through bricks and mortar — the only way is to go through the internet.”

Five years ago, frustrated by what they saw as the homogeneity of the Swiss watch industry, Henrick Gauché and his two business partners decided to create a watch brand that would “give power back to the consumers.” And so Hegid was born.

Their concept was to offer what Mr. Gauché describes as a “sustainable, personalized and playful watch” at a “fair price.” They developed a mix-and-match modular system called “EVOL” (the name is a play on “evolution).

This gave customers choices of the capsule, the centerpiece that contains the mechanical movement dial and hands; the “carrure,” which includes the case, bezel and lugs; and the strap. For between around $3,000 and $5,000, one watch could become multiple watches. “This way you can create a unique watch for any occasion, for less investment,” Mr. Gauché said.

Mr. Gauché says that for every capsule sold, his company sells 1.8 carrures and 2.4 straps. “That proves the invention works,” he said.

While the French brand was conceived online and grew digitally, it’s now moved into physical spaces, too: currently in the upscale Printemps Haussmann department store and in its first boutique, both in Paris. Later this month, it’s also to be sold at La Samaritaine department store, scheduled to reopen in Paris, and at Manfredi Jewels in Greenwich, Conn.

“Our approach has always been hybrid,” Mr. Gauché said. “All customers are different and want to connect with us in different ways, so we adapt, bridging the gap between the beauty of traditional watchmaking and current lifestyles.”