A WOMAN has revealed she nay never see properly again after her savage boyfriend fractured her left eye socket in a brutal attack. 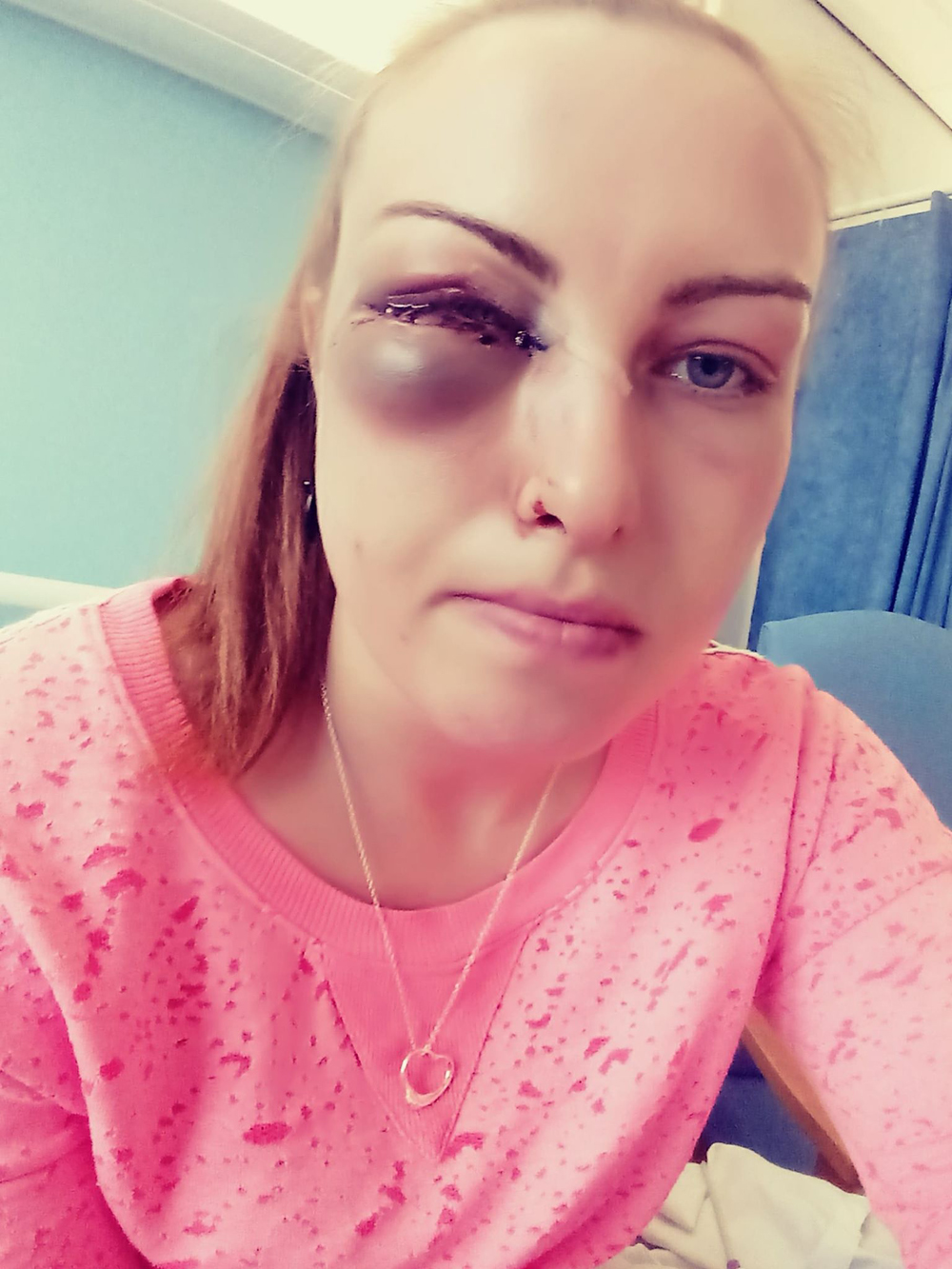 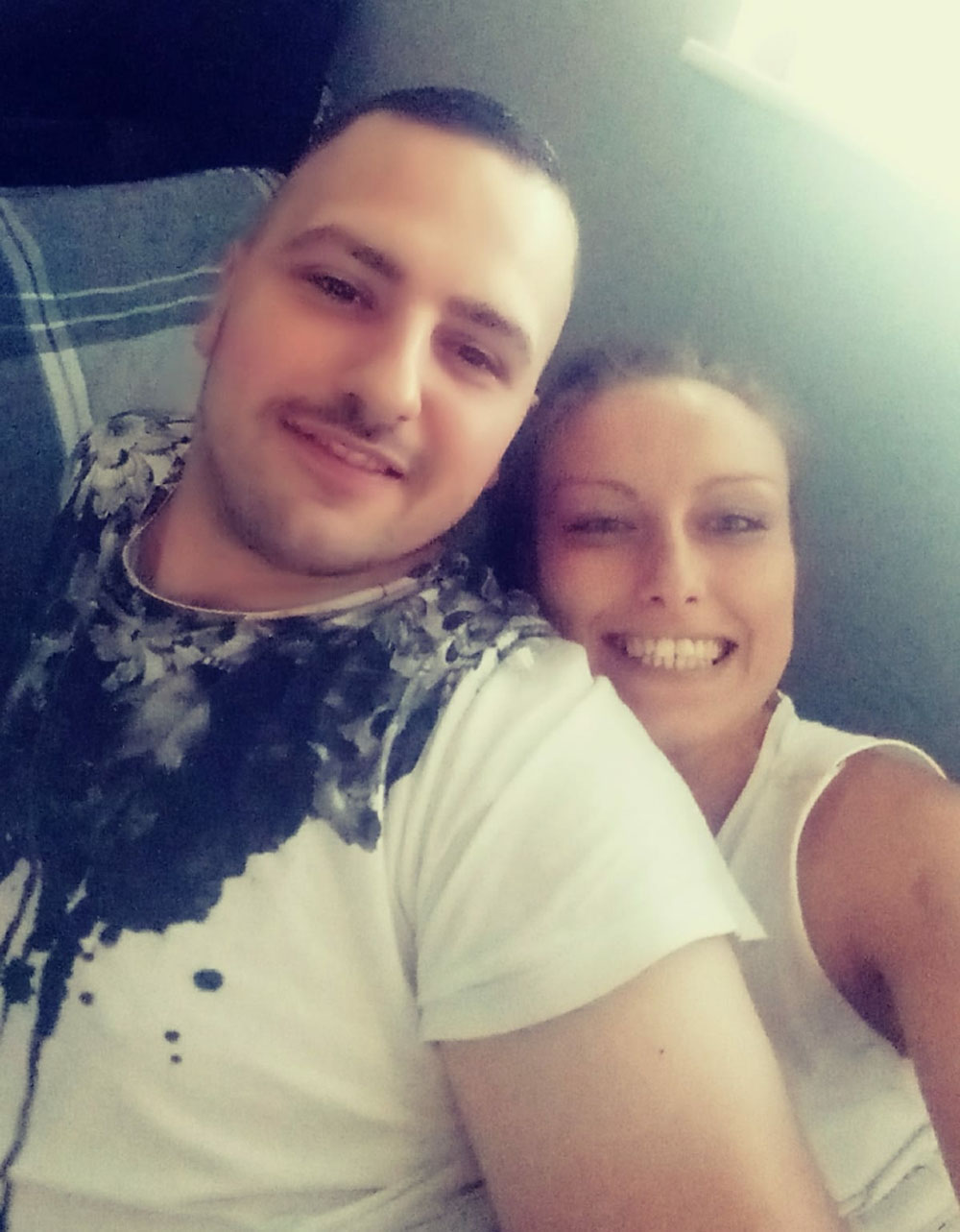 Their abusive relationship culminated in a violent assault on January 12 this year, as Hayes, from Bolton, accused Adele of having an affair when she returned home with the weekly Asda shop.

The vile thug pinned Adele down and repeatedly punched her across the head – as well as threatening to "smash her up" with a perfume bottle.

Adele said: “It didn’t make any sense. I’d gone to do the weekly shop on my way home and suddenly he was attacking me.”

After Hayes made his threat, Adele admits she snapped, telling him, “Go on then – just do it.” 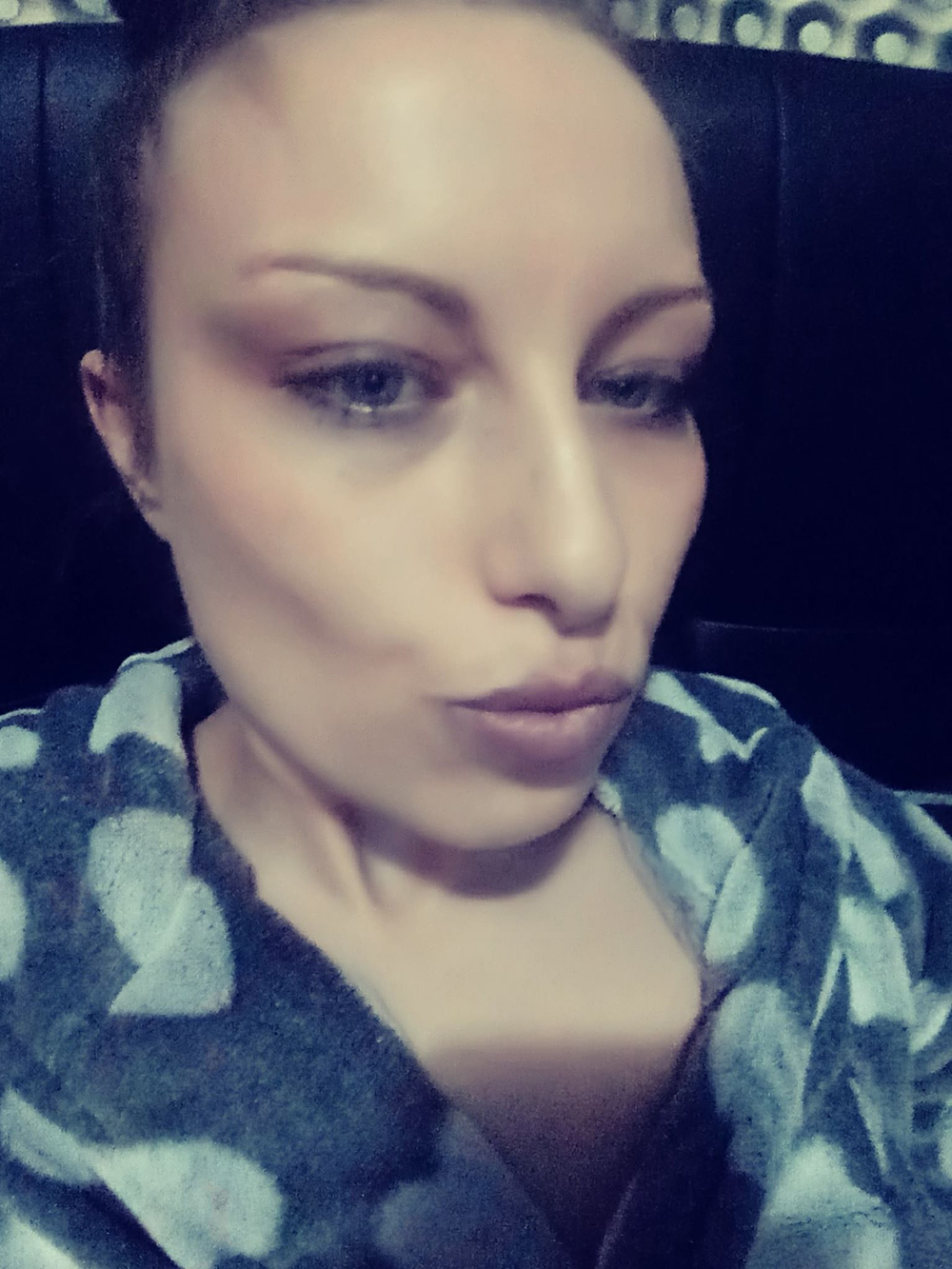 To her horror, he erupted, chasing her upstairs into their bedroom, where he hit her so hard she went flying across the bed onto the floor.

Then, in a boiling rage, he pinned her to the floor, before punching her across the face, walloping her left eye.

She said: “I never thought he’d actually attack me the way he did.

“We were at loggerheads, then all of a sudden something just switched in him and I knew it was going to be bad.

“The last thing I remember is him being on top of me and then a loud cracking sound.”

Luckily, Hayes' friend was in the house at the time, and called 999 when he heard Adele screaming in agony.

She was rushed to Royal Bolton Hospital, where she was treated for a fractured eye socket, as well as bruising to her forehead, arms, legs and thighs. 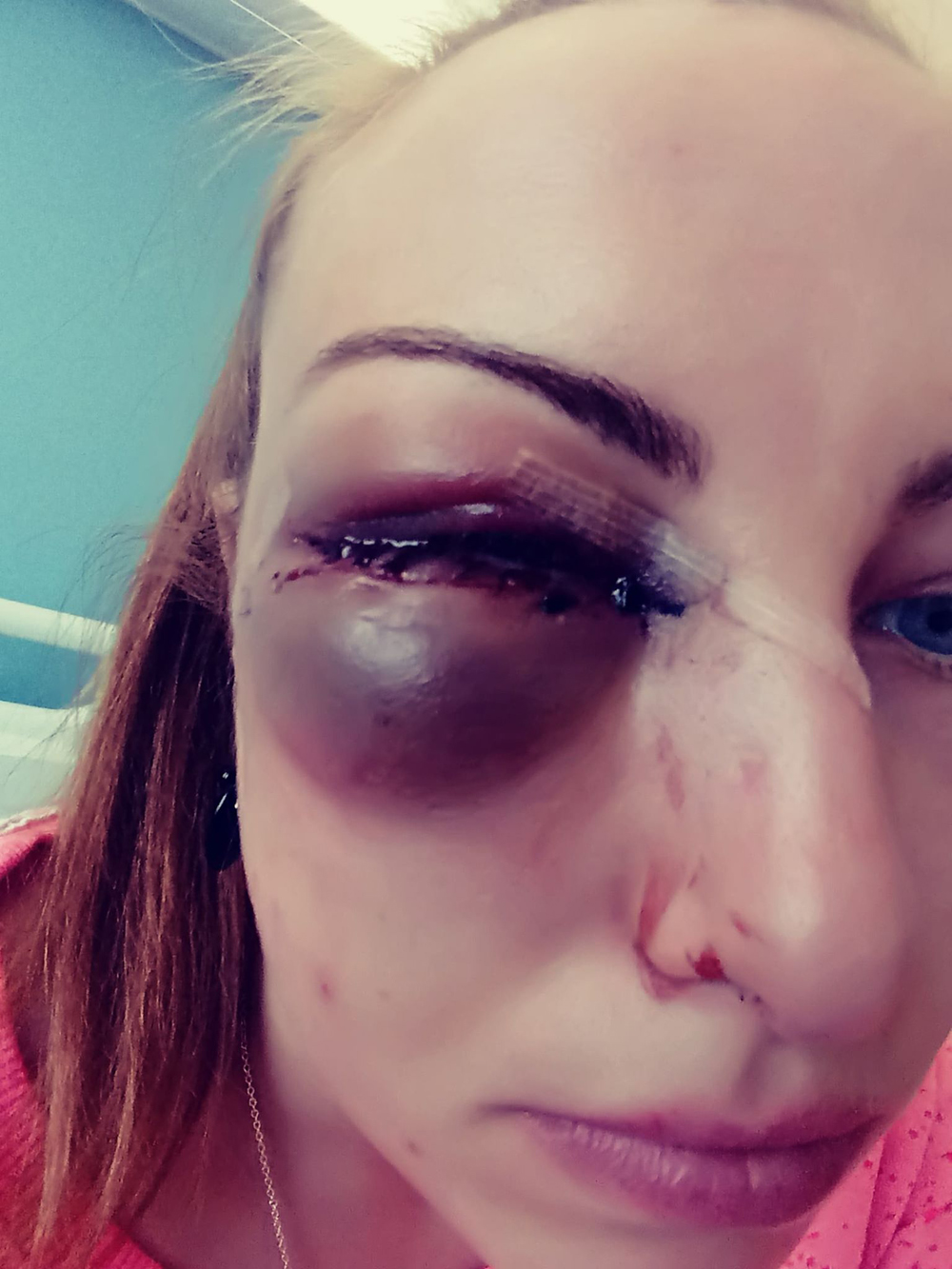 But Adele says Matt kept his true colours hidden at the start.

“I’ve been on Plenty of Fish a couple of times and more often than not the blokes were all a bit weird,” Adele said.

“Then I got a message from Matthew Hayes and I liked what I saw.”

Adele was extremely vulnerable at the time, having recently lost her job at JD Sports and being forced to live in a hostel because she couldn't afford rent.

Being asked to go out in Hayes' home town of Little Lever was a welcome break for Adele, who was instantly attracted to him.

She said: “I immediately felt comfortable with Matt. He listened to what I had to say and made me feel special.

“I’ve not had the best time with men in the past, so just having someone who seemed genuinely interested and seemed to care was such a nice change.” 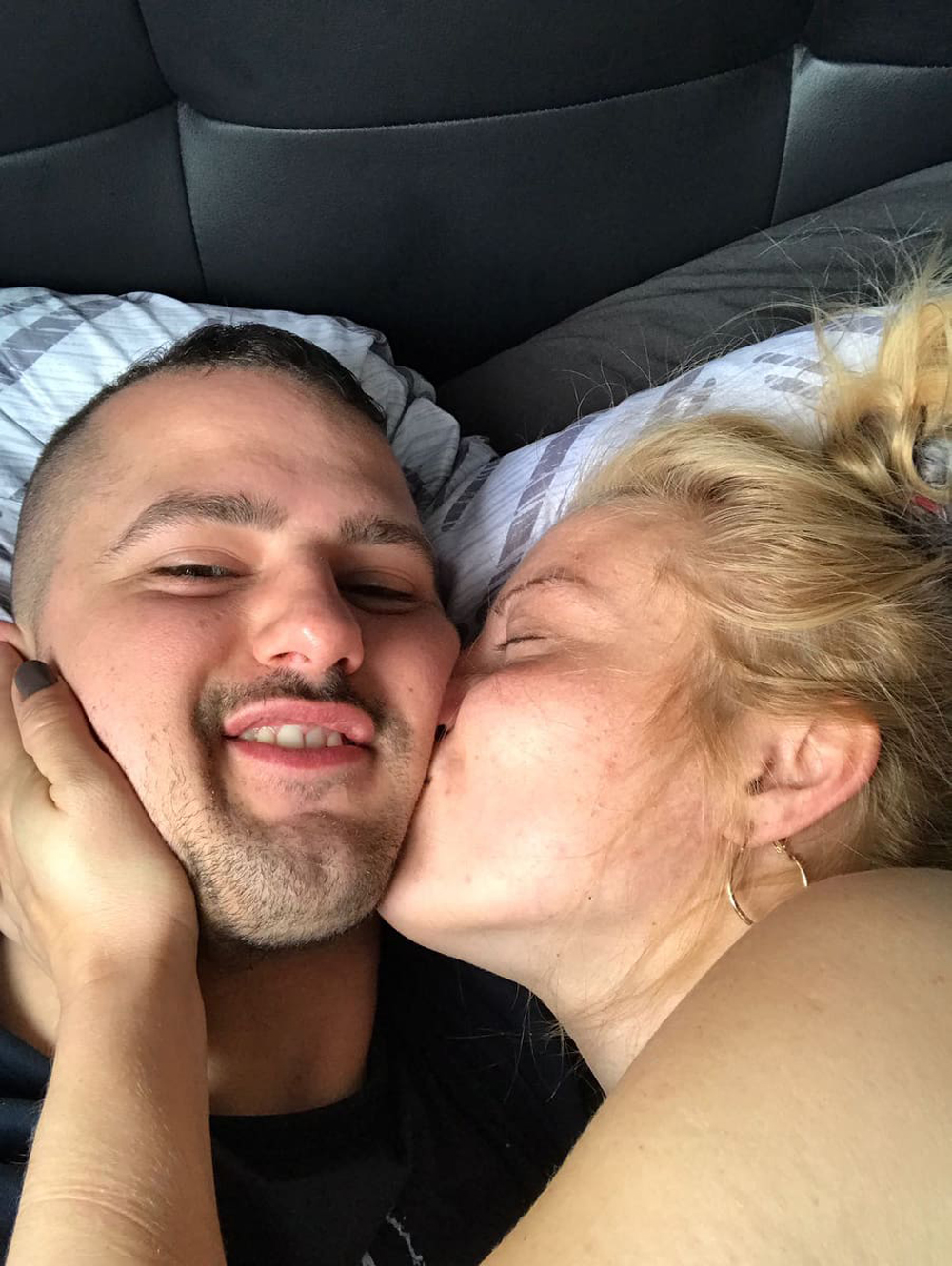 Just a month later, Hayes asked Adele to move in with him.

Because of her circumstances, she jumped at the chance.

“Looking back, it was clearly too quick to move in with someone, but I’d just lost my job and I could only live in the hostel for so long,” she said.

“Matt lived with his mum and they agreed I could move in with them. At the time, it felt like he was my hero, my knight in shining armour.”

My life is in tatters. I’ve got PTSD and depression after what Matt put me through and sometimes it feels like I won’t be able to make it to the next day

But within weeks his behaviour started to change, with Hayes first showing his true colours at a New Year's Eve party in 2017.

Adele said: “Matt had insisted that we go to his friend’s party and being the bubbly person that I was back then I struck up a conversation with some lad.

“There was nothing to it, but the next thing I knew Matt came over scowling and demanding that we were going home.

“He’d got it in to his head that I was flirting with the bloke and wouldn’t let it lie.” 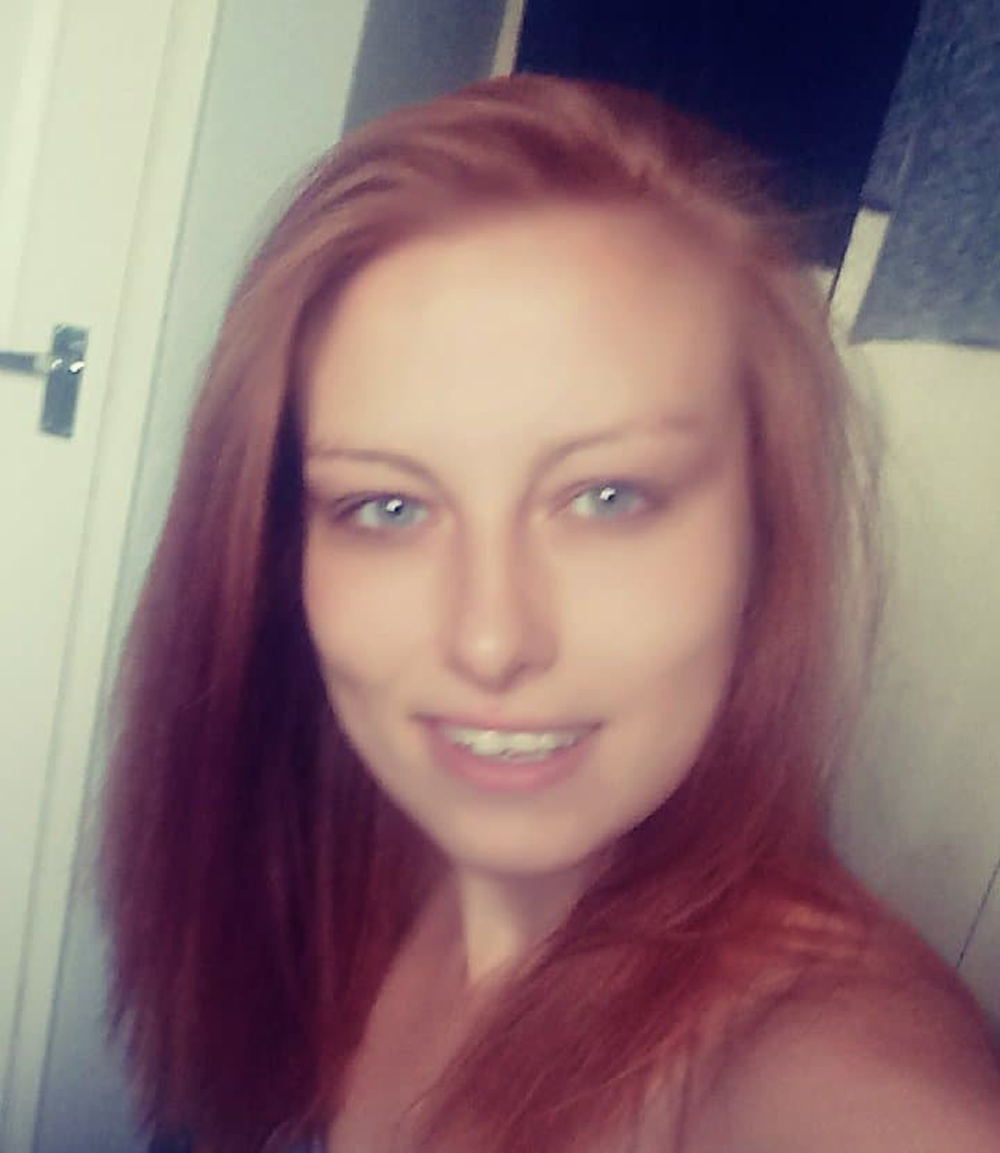 Adele tried to look past Hayes' jealousy, focusing on his caring side, but she had no idea how bad things were about to become.

She said: “Looking back, I can’t believe I didn’t do anything at the time but I was in a hopeless situation.

“For weeks, everything would be fine and then out of nowhere he’d fly off the handle, then suddenly he’d love me and say he couldn’t live without me again.

“It’s clear now he was just trying to mess with my head – and it worked.”

Where can you get help?

You don't have to suffer in silence.

If you are experiencing domestic violence or someone you know is there are groups that can help.

Hayes appeared at Bolton Crown Court on April 25, where he pleaded guilty to common assault and was jailed for 29 months, as well as being handed a five-year restraining order to stop him contacting Adele.

But Adele, who still suffers from headaches and double vision, thinks he got off lightly.

She said: “I couldn’t believe it when he got slapped with just 29 months in prison.

“I might never be able to see properly again out of my left eye, while he’ll no doubt be out of prison in a year and a half.

“My life is in tatters and it’s taken all I have to carry on and keep going.

“I’ve got PTSD and depression after what Matt put me through and sometimes it feels like I won’t be able to make it to the next day.”

Adele is speaking out in the hope of helping other women.

She said: “I just hope that other people don’t make the same mistake I did. If your man starts showing tell-tale signs of being violent, then he probably is.

“To any women out there who notice their partners acting controlling, don’t wait until it’s too late to get out.”

Yesterday we spoke to a woman whose jealous 20-stone boyfriend ripped out her tongue with his bare hands after ‘joking’ his friends could have sex with her.